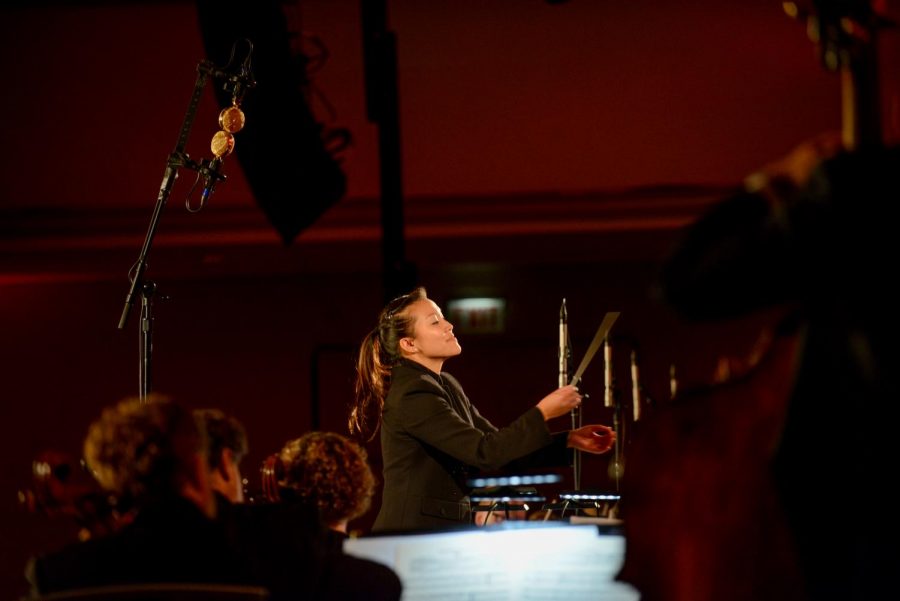 The Chicago Sinfonietta’s Project Inclusion, which received the MacArthur Award for Creative and Effective Institutions in May, will use the award to further its goal of bringing diversity to classical music for its 2016-2017 season starting Sept. 17.

According to Sinfonietta’s website, Project Inclusion began in 2008. Sinfonietta’s founder, Paul Freeman, created the project to reverse the ethnic, racial and socioeconomic bias people may experience in music by offering fellowships in orchestra, ensemble, conducting and art administrating.

This season, Sinfonietta will tackle gender inequality in classical music by bringing three women to conduct at the podium—two who are former Project Inclusion Conducting Fellows.

Dave Belden, Project Inclusion’s manager, said Chicago Sinfonietta was always based on the message of inclusion, but the fellowship program was necessary to emphasize that message.

“[Project Inclusion] was founded specifically to address the lack of young-minority participation in orchestras,” Belden said. “The orchestra was founded in 1987 on a mission of diversity and inclusion, but while we were [just] this one orchestra with this fantastic mission, that wasn’t spreading quickly enough through classical music in general.”

Deanna Tham, former Project Inclusion conducting fellow and current assistant conductor of the Sinfonietta, said though she tries to focus more on her artistic talent, she thinks diversity and its effects are a universal issue that needs to  be discussed.

“We have to change what the stage looks like,” Tham said.

Tham compared the representation of the 2016 U.S. Olympics team and its positive effect on young children to what could happen if the composition of orchestras reflected audience’s diversity.

“The diversity of the athletes that [were] winning gold medals [for] the United States has a huge impact on what children think they can do in terms of their achievement, and it’s no different for classical music,” she said.

Robert Judd, executive director of the American Musicological Society, which focuses on advancing education and scholarly participation in music, said he recognizes the importance of an orchestral ensemble reflecting the local community.

“If it happens that there is a monochrome ensemble [made up of people all one race—specifically white], that ensemble would want to work on that and try to share with the larger community the simple truth that music is universal, and it’s open for everybody,” Judd said.

Belden said it is essential for young people of color to see themselves represented in successful classical music ensembles because it helps break down  the exclusivity present in the classical music field.