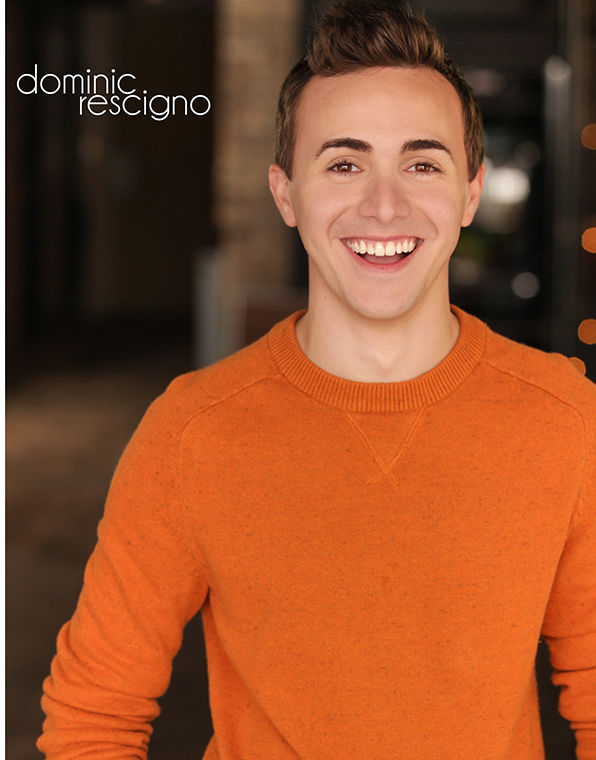 When audience members attend “Tony ‘N Tina’s Wedding,” they are not expecting to be greeted by wedding videographer Rick Demarco. When asked if they are with the Nunzio or Vitale family, they are not sure how to answer. It is at this time guests realize they are not just here to watch a performance, but also to be a part of it.

“Tony ‘N Tina’s Wedding,” performed at Resurrection Lutheran Church, 3309 N. Seminary Ave., with the wedding reception immediately following at 1113 W. Belmont Ave., is an interactive comedy performance that allows audience members to participate in every aspect of the wedding between characters Tony Nunzio and Tina Vitale. The show has been running in Chicago for 25 years.

Dominic Rescigno, a 2013 theatre alumnus, plays Rick Demarco, the boyfriend of the bride’s brother, who pretends to be a videographer in order to attend the wedding while keeping his relationship a secret from his boyfriend’s traditional mother.

The Chronicle spoke with Rescigno about his role in one of Chicago’s longest running shows, interacting with audience members and how Columbia prepared him for his career.

THE CHRONICLE: How would you describe your experience being in the show?

DOMINIC RESCIGNO:  It has been a totally new experience for me. I have a lot of comedy and improv background, but this style of theater is brand new for a lot of us in the cast. I was scared going into rehearsals because it is so different, but the show is way more fun than I ever thought it would be.

Can you explain the plot of the show?

“Tony ‘N Tina’s Wedding” is exactly what it sounds like. It’s a wedding of two Italian-Americans, and you, as an audience member, are a guest at their wedding. You see them get married, you go to the reception, and then you have dinner and you dance, but a bit of a story unfolds and you get to watch the stereotypical Italian family drama that unfolds, Tony’s family and Tina’s family kind of wind up duking it out at the end.”

Why did you want to become involved with this show?

I have been very fortunate since I graduated from Columbia to be consistently working in professional theater, and I am so grateful for that, but I had been doing a ton of musicals and have not been on stage in a comedy setting since working at The Second City while at Columbia. I set a goal for myself earlier this year, and I said, “OK, by the end of this year, you are going to do something that is not a musical and that will hopefully help you work out your improv muscles.” It is cool to be able to say I’m in “Tony ‘N Tina’s Wedding” because everyone in the theater community knows that show and knows it is a huge deal. It is an institution, and a family, and I am proud to be a part of it.

How do you relate to your character?

I am Italian, have a good amount of confidence, like to meet new people, dance and have fun. I would hope people who see the show look at the way Rick dresses and some of Rick’s extremely flamboyant tendencies and see some differences from my real life personality.

How is this show different from other shows you’ve been involved with?

It is the most immersive thing I have ever done. It is really scary, exhilarating and fun. In a show like this, there is a very lightly written script, and it is nice that it is impossible to make a mistake. You cannot really mess anything up as long as you are getting to the next speed of the show, and you are staying in character.

What is it like to interact with the audience members during the show?

It is fun to see [the audience] gradually understand what is going on. One of my opening lines when I walk up to people is, “Oh my God, it’s so good to see you guys. Are you here with the Nunzios or the Vitales?” I would say 50 percent of the people look at me like I just spoke Chinese. So far, they are incredibly open and willing, and even the grumpiest old man there in the audience will play with you if you say the right line.

How did your time at Columbia prepare you for a career in theater?

I was a good actor when I came to Columbia, but Columbia really made me a great performer all around. It enhanced my acting skills [and] my repertoire tremendously. I learned how to sing at Columbia, [and] I learned comedy at Columbia. Another big thing that I do not think a lot of my peers from other schools experienced is the connections that I made at Columbia—[they] are just invaluable to me.

What advice would you give to current theater students at Columbia?

To love it with all of your heart, which I know is a cliché thing to say, but it has to be something that you love to do because it is not an easy job. It is incredibly rewarding, and there is so much to be said for someone who goes and auditions for everything that will get them a paycheck. Audition for everything, love it with all your heart and try to get as many different theater skills as possible because e very little bit helps.