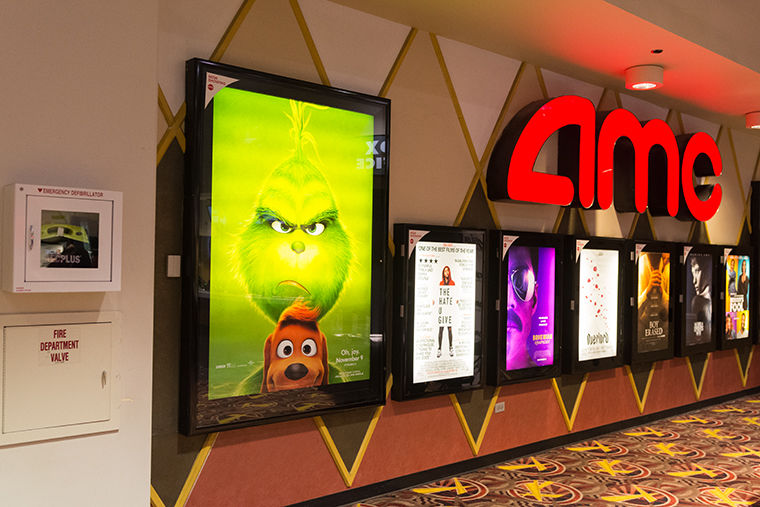 In Ron Howard’s 2000 version of the Dr. Seuss classic, the Grinch is brought to life by Jim Carrey wearing green special effects makeup and a Santa suit.

Carrey’s Grinch is sarcastic, mean and creepy. The film feels more like a horror flick than a family holiday movie.

The 2018 version of the film, “Dr. Seuss’ The Grinch,” directed by Yarrow Cheney and Scott Mosier, is much different. Using animation, the filmmakers bring new life to Whoville by modernizing the original 1966 “How the Grinch Stole Christmas.”

Visually, the film is remarkable. The bright, shining Christmas lights of Whoville sparkle on the big screen and bring the entire city to life for five days leading up to Christmas. The mayor of Whoville makes this year’s Christmas celebration larger than ever before, and the animators take advantage of the

opportunity to make Whoville  shine. To the Grinch’s dismay, Whoville’s Chrismas carols are louder, the tree larger and the star atop the tree brighter than ever before. Christmas in Whoville is larger than life, as Dr. Seuss intended.

Minor details about the city make it relatable to other places in America—such as  “Who Foods,” a play on the Whole Foods market chain, as well as Whos running late for the bus and going to work.

The Grinch also got an upgrade. He is not a scary, lurking figure who lives on the top of a mountain looking down on the people of Whoville, but simply an outsider. High above Whoville at the top of snowy Mount Crumpit, with his dog Max as his only companion, the Grinch lives in what looks like a modern condo. He even has a fancy french coffee press he uses every day. There are points in the film where viewers grow to resent how unjustifiably mean the Grinch is, but those resentments are often coupled with moments to remind them why the Grinch is the way he is.

In “The Grinch,” Cindy Lou Who  is not a rosey cheeked little girl. She is an ambitious young woman on a mission to persuade Santa to help her mother, Donna Lou Who, with her three children. Donna Lou works nights and takes care of her children during the day. Cindy Lou Who is hoping to trap  Santa on Christmas morning because she believes he is the only person who can help her mom.

The film was a  great modern take on a classic children’s tale. Often, it is difficult to rework a famous story to make it relevant again.

By making a strong commitment to visuals and adding twists to the story, the filmmakers were able to do just that.

The film is narrated by Pharrell Williams, and the famous title song, “You’re a Mean One, Mr. Grinch,” originally sung by Thurl Ravenscroft, was redone by rapper Tyler, the Creator.

In the end, the film is yet another visually appealing animated film that  has enough cartoon-styled comedy to keep a child entertained while simultaneously having a deeper meaning that can resonate with adult viewers.