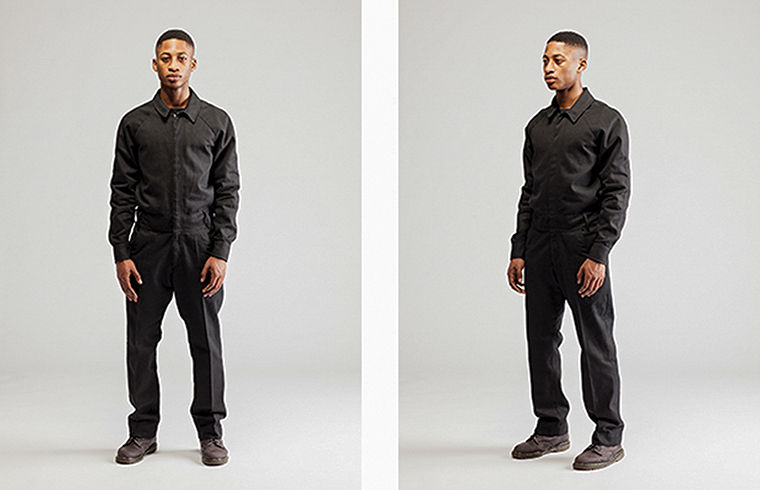 The Rational Dress Society, a collaborative clothing company, launched a Kickstarter campaign in February to fund the production of its Chicago-made jumpsuits to alter the way people think about fashion.

The Rational Dress Society is a collaboration between New York-based visual artist Maura Brewer and Chicago-based fashion designer Abigail Glaum-Lathbury. The duo, which borrows its name from a Victorian-era dress reform organization, premiered its JUMPSUIT, capitalizing word to brand their product, during New York Fashion Week in September 2014 by giving a lecture on the history of revolutionary dress while a model wearing their ungendered, single-item line stood on a rotating platform.

Through conversations about dress, economy and self-expression, the pair developed the idea of a jumpsuit worn for any occasion as means of clearing out consumers’ closets and preventing the purchase of clothing made under “dubious” labor practices, Brewer said.

Brewer said Rational Dress Society’s JUMPSUIT is a piece of art meant to induce a conversation, but it is also important to the creators that it is seen as a garment to be bought and worn by consumers.

“I would like to emphasize that [the] JUMPSUIT is a wearable garment that we sell,” Brewer said. “But it is also a series of ideas. JUMPSUIT is both a garment and an apparatus that produces a conversation about our relationship to dress. What JUMPSUIT primarily does is operate as a space in which you and I and other people can reimagine a different relationship to clothes and fashion inasmuch as it stands in for larger structures of commodity culture.”

Glaum-Lathbury said just like Rational Dress Society, the concept for the JUMPSUIT was a collaboration between Brewer and herself but an intern spent hours searching the Internet for jumpsuits for Glaum-Lathbury to draw inspiration from for her own personalized designs.

“I had her looking at categories from work wear to Jean Paul Gaultier jumpsuits, menswear jumpsuits, women’s wear jumpsuits, everything,” Glaum-Lathbury said. “The idea behind JUMPSUIT is that you can replace all of your clothes in perpetuity, which means that you must be able to wear it for everything … there’s a lot of important notes that the garment has to hit to function, you have to be able to wear it to dinner, to the movies, to function as a garment you can wear as a steel worker.”

The garment itself is currently available in black or white, as well as short- or long-sleeved.

Brewer said JUMPSUIT can be worn by anyone and serves as a way of bringing people together in a communal bond.

“It’s also ungendered, it comes in 48 different sizes and the idea is that what we are really trying to do [is] completely reverse the things that we value about fashion,” Brewer said. “Instead of being this mark of individual expression and autonomy, now fashion is a mark of collective identity or a deliberate relinquishing of self-expression.”

Alexandra Howell, a lecturer at Columbia in the Fashion Studies Department, teaches about the psychological and social aspects of fashion. Howell said society has become a hyper-individualized culture through the use of social media, where individuals share their clothes with friends. Howell said people use their peers in society as a reference on what to wear and what not to wear, which could benefit the JUMPSUIT.

“From a social-psychological perspective on dress, we actively engage in social comparison,” Howell said. “We all have these social reference groups that we compare ourselves to, and that could be a peer group—your friends or celebrities that are your age—but those social references also come from the outside, too.”

Glaum-Lathbury said the project would end after Rational Dress Society earns enough funds to purchase a full-page JUMPSUIT ad in American Vogue, which costs $150,000. The pair said they see the magazine as the gatekeeper to what is considered a success in the fashion world, and an ad for JUMPSUIT in the publication would define their success as well.

“Vogue is the pinnacle of American fashion. It’s an icon, it’s a symbol of prosperity and ‘You’ve made it,’” Glaum-Lathbury said. “The project is not about selling [the] product—the project is about producing conversation and the product is a vehicle for producing conversation, but if it becomes some sort of cultural movement, some sort of larger cultural thing, then we win. If Vogue does allow us to have this advertisement, then the movement will not need to be anymore. It’s in the hands of everybody else.”