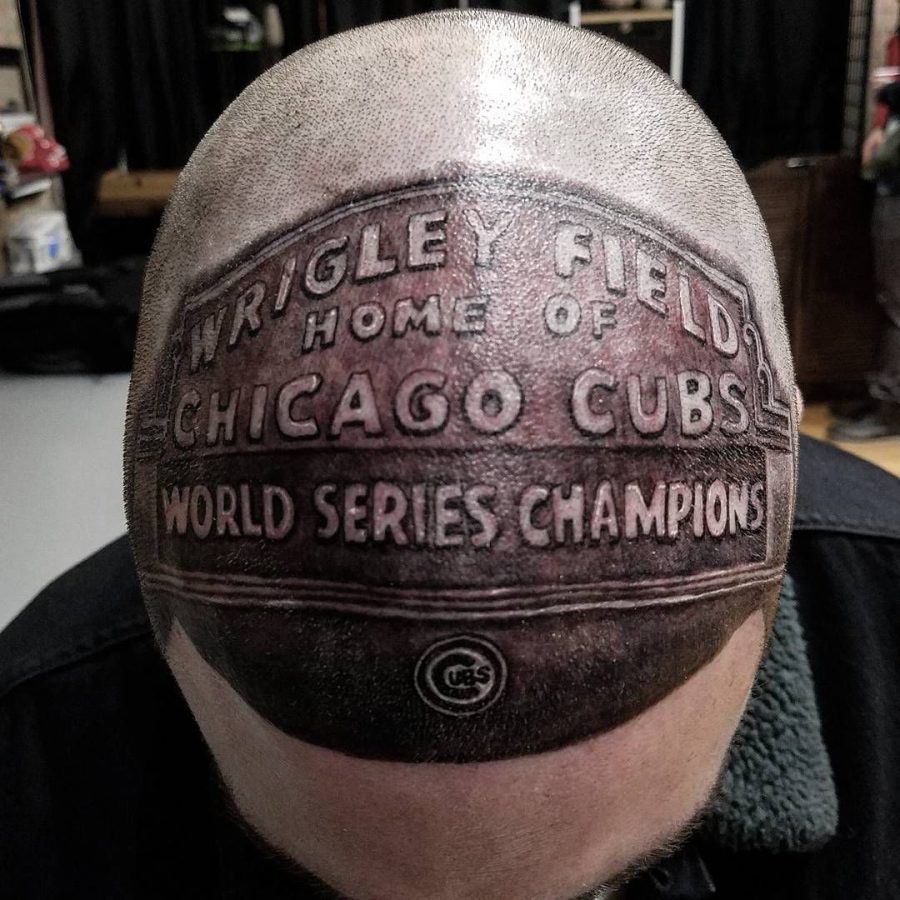 In the wake of the Cubs’ Nov. 2 World Series win, fans went all-out celebrating as they engaged in death-defying trust falls, skipped work and lined up in the early hours of the morning for the record-breaking victory parade.

For most, the celebrations did not last long after the night of the Cubs’ victory or the weekend after, but some are still active, using creativity to express Chicagoans’ joy after the win.

David Smith said that while he and Kim Smith are primarily Atlanta Braves fans, they were both rooting for the Cubs because of the 108-year drought.

“Apart from the Cleveland fans, so many people were pulling for Chicago,” Kim Smith added.

David Smith said they saw the World Series highlights video as an opportunity to express themselves and their excitement through their Lego animation hobby.

Some fans had other ways of capturing the final triumphant moments of the season. Zach Moore, a senior journalism major, said he sprinted from his Wrigleyville apartment to Wrigley Field to take pictures of the victory festivities when the deciding game hit the bottom of the ninth inning.

“It was quite the scene,” Moore said, describing a chaotic amalgam of trust falls, fireworks in the middle of crowds and a road sign getting ripped out of the ground. “It might have been from the alcohol that was consumed, but there was an overwhelming happiness.”

Ozzy Munoz, a tattoo artist and owner of Dream City Tattoos, 2376 N. Neva Ave., gave a balding man a tattoo of the Wrigley Field marquee across the top of his head. Like with the Smiths’ video, media outlets picked up the tattoo.

Munoz said his shop has done about 50 Cubs tattoos since the win, with more people scheduled to get Cubs-related tattoos. He said he tried to talk the man out of the large head tattoo, so he would not be ridiculed; the man wanted something to cover his bald spot, and Munoz suggested getting stubble tattooed on to give the illusion of hair.

Munoz added that he is considering getting a Cubs tattoo himself.

While the tattoos could decrease in frequency and the rush of views may subside on the Smiths’ video, Cubs pride runs deep. Moore, a Chicago native who said he has been a fan of the team his entire life, said he is proud of them and the city.

“It’s honestly a feeling I’ve never had before,” Moore said. “The closest thing would be the Blackhawks winning [the Stanley Cup], but this is just something totally different with how much this team matters to me personally, and the city.”

Munoz said this type of individual pride is reflected in the recent city-wide excitement.

“[People] are proud of where they’re from,” Munoz said. “[Chicago] is a big, beautiful city. The Cubs winning made it even better. Chicago means the Cubs, and the Cubs mean Chicago.”