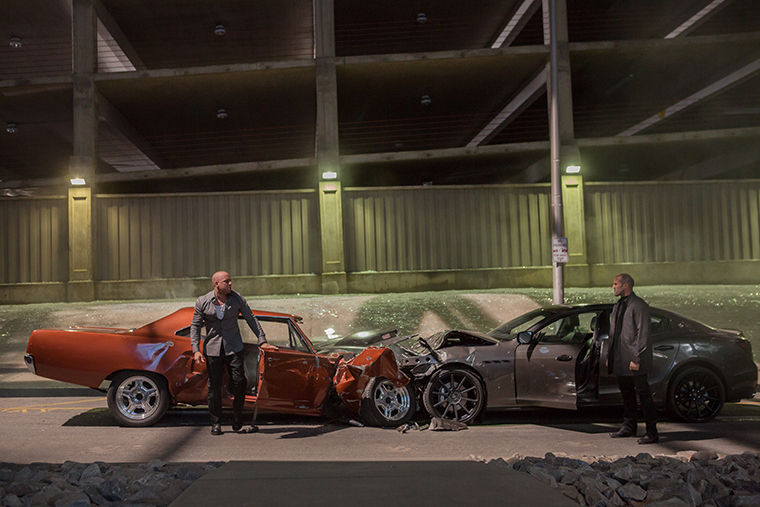 It is hard to believe the “Fast and Furious” franchise has survived 14 years. Since 2001, moviegoers have been treated to fast cars and furious action, usually with mixed results, yet the series has loyal fans, as evidenced by the box office numbers. Since the passing of Paul Walker in November of 2013, fans have been clamoring for his final film from the series that put him on the film industry map. Thankfully for fans, “Furious 7” delivers exactly what they wanted.

The film begins two years after the events of “Fast & Furious 6.” Deckard Shaw, played by Jason Statham (“The Transporter”), is out for blood after his brother, Owen Shaw, was injured and hospitalized at the end of the sixth film. He sets out to kill the crew of drivers led by Dom Toretto and Brian O’Conner, reprised again by Vin Diesel and Paul Walker, respectively. The duo is then recruited by Frank Petty, played by Kurt Russell (“The Thing”), to track down the terrorist Mose Jakande, played by Djimon Hounsou (“Blood Diamond”). Toretto and O’Conner’s crew saddle up for one last mission.

“Furious 7” is the culmination of the franchise. It has everything longtime fans have come to expect, including high-octane action, fast cars and nonsensical physics. Although the series has never obeyed the laws of physics, this new entry has Sir Isaac Newton rolling in his grave. Newcomers may find this frustrating, but it is not unusual for the series. Cars drive off cliffs, jump between multiple buildings and literally parachute from the sky, making the lead cast totally invincible. An enemy vehicle may crash into a tree and explode, a car may fall off a cliff and become destroyed beyond comprehension, but characters walk away with nothing more than a few cuts and bruises. It is absurd, but there is nothing to do but sit back and enjoy it for what it is.

For an action movie, the sequences are unusually long. “Furious 7” clocks in at 137 minutes and about half of the film is action. These sequences come in various shapes and sizes through shootouts, martial arts and car chases. The final battle itself uses all three of these forms and occupies the last 30 minutes of the film. It can be overwhelming at times, but the constant shift between characters keeps the flow smooth.

Although the cast is already huge, there are several newcomers. Statham, Russell, Tony Jaa and Rhonda Rousey all make their debut to the franchise. Although Jaa and Rousey are nothing more than silent henchmen with brief appearances, their martial arts skills make for some great action scenes. Sadly, their cameos seem like a waste of talent. Rousey is an emerging actress and Jaa is a well-known star in Thailand, but their roles each have only a couple lines of dialogue. Statham, however, is up to his usual antics. He is essentially a one-man army, opting to take on several opponents on his own with no trouble whatsoever.

The franchise is in the middle of a transformation stage since Walker’s passing. He had only shot about half of his scenes, so his role in the film is noticeably smaller than in previous installments. To remedy this, his brothers, Caleb and Cody Walker, acted as stand-ins for certain scenes while visual effects artists digitally put the late actor’s face onto their heads. It is a trick that has been done before, most notably in “The Social Network” when two different actors portrayed a set of twins. It is somewhat noticeable during scenes without action, but it is unnoticeable for the most part.

“Furious 7” is a perfectly suitable tribute to Paul Walker’s character, Brian O’Conner. Now, the series’ makers must decide to either continue the franchise without Walker or close the book for good. Knowing the movie industry, an eighth film will likely exist in the future, but the 2015 release is a suitable conclusion to the saga for now.

While newcomers may not appreciate some of the unrealistic aspects of the franchise, longtime fans will find “Furious 7” to be one of the best in the series. It serves as an excellent sequel as well as a fitting and emotional send-off for Paul Walker and his character.