Rebirth makes people feel sexy in their own skin 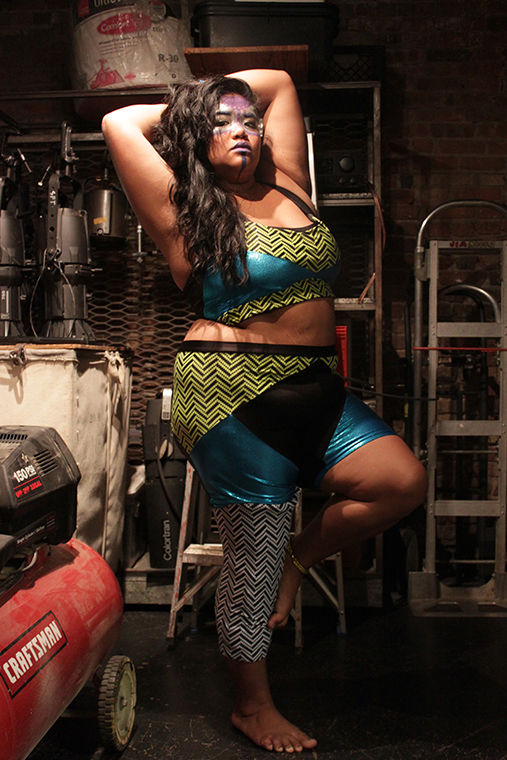 Rebirth Garments is a clothing line created by Sky Cubacub to make people feel more comfortable with who they are. The line includes apparel for transgender or gender nonconforming people as well as disabled people, but Cubacub said anyone is welcome to wear the company’s clothing.

For people who are gender nonconforming, finding clothing that fits properly and makes them feel comfortable can be difficult. To help, Sky Cubacub created the Rebirth Garments clothing line.

Cubacub said they created two sides of Rebirth Garments for “queercrip” people—one for those who identify as gender nonconforming or nonbinary and the other for disabled people.

Cubacub said Rebirth tailors everything to the specific person, and spoke to a variety of people before the line debuted to see how they felt about it.

“The more I talked about my line, the more people were like, ‘I had no idea anyone would ever care about how I feel in my clothing, or if I feel sexy or not,’” Cubacub said.

“[It’s important] to have one thing that’s yours because you’re an individual, and you’re not just a number,” Hodshire said. “You have this one thing or a few things customized to you, so not only is your gender yours, but your clothes are as well.”

“I had the idea for two separate lines, but the more I thought about it, the more it made sense they should be together,” Cubacub said.

The Rebirth Garments line features items such as prosthetic or brace covers and thigh-highs that resemble a mermaid tail for people in wheelchairs.

“I have some thigh highs I custom fit to people’s feet,” Cubacub said. “I’ve created these for my friend who has two toes on each foot. I traced her feet and made a pattern so she could have these thigh highs that fit her feet exactly.”

Cubacub also creates things like packers, used to affirm one’s gender by giving the appearance of a “bulge” in their pants, and safe binders, used to flatten chests.

“I have a packer made out of chainmaille,” Cubacub said. “I prefer making more sculptural ones because there are already ones that are realistic. I prefer to have something that’s not based on human [anatomy] at all.”

Cubacub explained safe binders tend to not be easily accessible for those who are under 18 because they are mostly sold in adult toy shops or online where credit cards are required.

“For anyone who’s along the spectrum [of being gender nonconforming], clothing shopping can be very stressful, overwhelming and upsetting because people are pressed into a category,” said Marsden Watson, a sophomore advertising major.

Hodshire said they hope nonbinary people will receive greater representation in the media to spark the creation of more clothing that caters beyond the binaries.

“Hopefully, [nonbinary clothing lines] will make the fashion industry more conscious about the people they serve,” Hodshire said. “Instead of just having women’s and men’s departments, it would be varied. Clothes would just be clothes.”

For transgender or nonbinary people, it is hard to wear clothing that was not made for the sex they were assigned to at birth because it often does not fit right in places, which can feel like a rejection, Watson said.

“I’m hoping [the fashion industry] will sway in the direction of being much more inclusive of all types of people,” Watson said. “Right now, there’s definitely a common idea that being anything but a binary gender is a trend, and I hope in time people will realize it’s not a trend—it’s people’s lives.”

Cubacub sells Rebirth Garments online through Etsy, and more information is available on their website RadicalVisibility.WordPress.com.