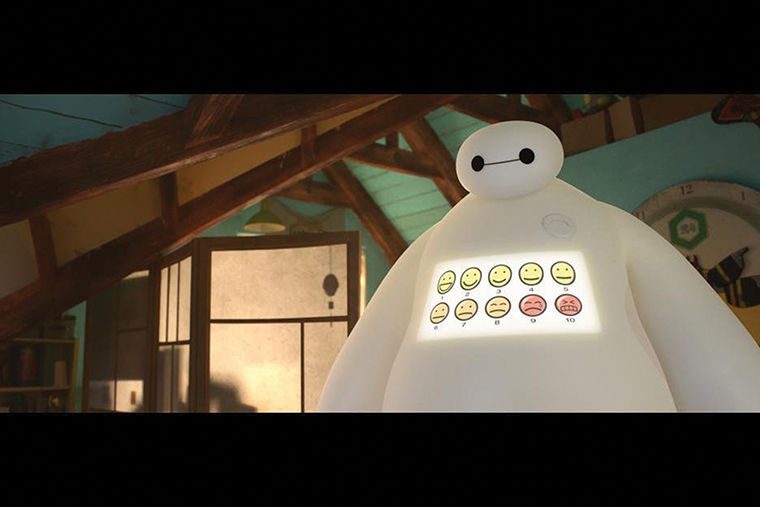 Since Walt Disney Studios purchased Marvel Entertainment in 2009, popular comic book characters have exploded onto the silver screen. Although the company played it relatively safe with fan favorites such as “Captain America,” “Iron Man” and even “Guardians of the Galaxy,” a B-list comic with a smaller following, Disney has taken a chance by adapting the relatively unknown Marvel comic “Big Hero 6” into an animated film released Nov. 7. While some viewers may enter the theater expecting the grandiose spectacle of typical Marvel tales, the film is memorable for stellar lead characters and beautiful animation instead of its action and story.

Brothers and science geniuses Hiro and Tadashi Hamada (voiced by Ryan Potter and Daniel Henney) live in the fictional metropolis of San Fransokyo. Tadashi, the older of the two, attends a prestigious science institute where Hiro intends to join him. After Tadashi is killed in a mysterious fire, Hiro discovers that an elusive figure in a Kabuki mask may be behind the fire and has more sinister plans. He gathers Tadashi’s last invention, a robot called Baymax (Scott Adsit), and his scientist friends from Tadashi’s lab to build robotic suits that grant special powers to the wearer.

The animation itself may not be revolutionary, but the backdrop of San Fransokyo, an imaginative hybrid of San Francisco and Tokyo, feels fresh and alive with activity. By night, the city is full of dazzling lights, and by day, the slightly redesigned Golden Gate Bridge sparkles against the sunset.

The real star of the film is Baymax. He is programmed to aid the sick and injured but helps Hiro on his quest to find the masked man. Baymax draws comparisons to the T-800 (played by Arnold Schwarzenegger) from “Terminator 2: Judgment Day” in that although he is a robot with a singular purpose, he learns humanity through his eager human companion. Baymax proves to be more than just a robot in a suit of armor. He has his own moral code and goes against Hiro’s commands when asked to do something unethical. He is a great role model and provides plenty of laughs as well.

However, “Big Hero 6” falls into some potholes along the way. With the exception of Hiro and Baymax, the rest of the team is underdeveloped. The characters are mostly generic archetypes with little function other than being friends with Hiro. On their first outing with their newly equipped suits, they struggle to fight and utilize their suits because of a lack of coordination. They make a point to be a better team in the future, but it never pays off. They do so little together that Hiro and Baymax could have easily carried the film on their own.

The writers tend to play it safe. The surprise factor disappears as the climax approaches, and the finale is reminiscent of the typical action blockbuster, ending with a huge battle sequence. While there are a couple of unexpected twists, it is not enough to save an otherwise forgettable story.

Still, Disney’s gamble with a largely unknown Marvel property has ultimately paid off. Although it will not  be remembered for its plot line, solid animation and stellar central characters make “Big Hero 6” hugely entertaining for everyone.