Fashion petition demands ‘go back to the drawing board’ 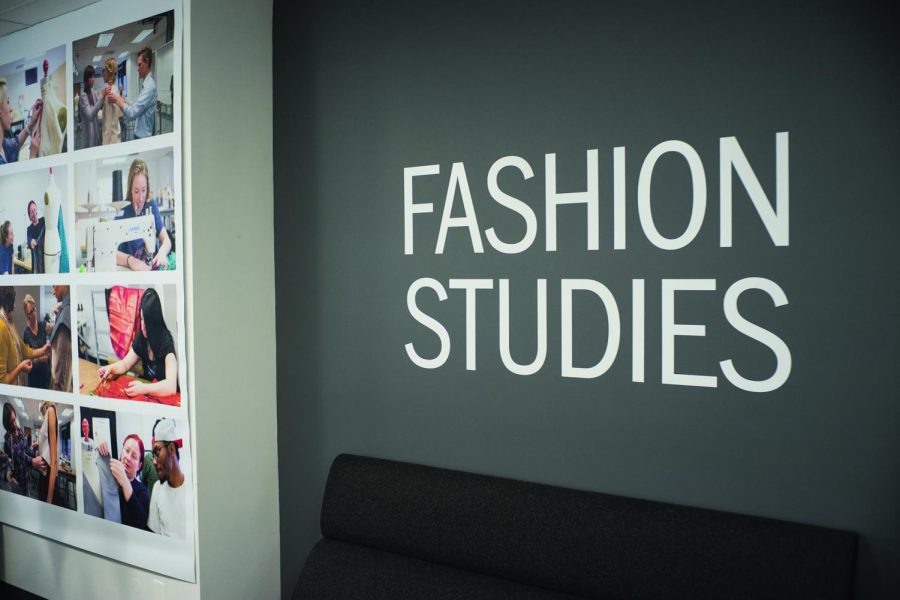 The “Stop Fashion Next” petition posted on GoPetition.com,  which had 128 signatures as of press time, includes five demands such as the halt of the proposed curricular changes, most specifically the elimination of the Fashion BFA program.

A petition demanding a halt to curricular changes in the Fashion Studies Department was published online Oct. 10 by an anonymous group of students and faculty.

The “Stop Fashion Next” petition posted on GoPetition.com,  which had 128 signatures as of press time, includes five demands: a stop to the proposed curricular changes,specifically the cancellation of the Fashion Studies BFA program, postponement of those changes until a full-time chair is hired with the input of the Fashion Department’s faculty.

“We believe the ‘Fashion Next’ curriculum [proposal] should not be accepted as a legitimate curriculum as it was hastily assembled without required presentation from the department’s curriculum committee or faculty, full and part-time, and with no research [or] data presented besides a story of the ‘magic bus,’” the petition read.

Other points demanded in the petition include access to all the research showing the rationale for the proposed curriculum overhaul. It also calls for the opportunity for this research to be vetted by all faculty members and a student liaison group and no further alterations to the programs or curriculum without research, data, faculty input and transparency.

Senior fashion studies major Rachel Hentrich said the drafting of the petition was a collaborative effort, but did not know specific names of participants.

She also said the petition, which was student-driven and not encouraged by faculty members, allows anonymity for faculty and students in fear of retaliation.

“People are in fear of speaking out in general because the situation has gotten very volatile,” Hentrich said. “Students asking administrators [leads to] getting an aggressive body language, voice raising [and] combative [attitude].”

Hentrich said students and faculty felt the need to create this petition after several events including a Sept. 19 “Chill with the Chair” meeting between Jeff Schiff, interim chair of the Fashion Studies Department, and students, as reported Sept. 26 by The Chronicle, left students and faculty feeling like their concerns were not being listened to.

Senior Vice President and Provost Stan Wearden said the college is open to any curriculum feedback, but added he thinks there is a misunderstanding in the petition regarding the research and review procedure.

“I don’t think the drafters of the petition are all aware of how inclusive [it] is and how much faculty do have a voice in this,” Wearden said. He added the confusion was prompted by the Sept. 9 email from Schiff—announcing the BFA’s cancellation, which had not yet been canceled.

“[It] was exacerbated by Schiff sending out the email that he sent out,” Wearden said. “He was trying to reassure students that things were going to be okay, but instead, the email created a lot of confusion. It gave the impression that this proposal is a lot further along than it actually is.”

Wearden added unlike a permanent chair, an interim chair does not need experience in the field to manage and evaluate curriculum.

Schiff did not respond to several requests for comment as of press time.

Wearden added that he does not see any reason to not share the nonconfidential parts of the research and data that has been requested by students.

If formally presented to him, Wearden said he is willing to review the petition and share it with the Fashion Studies Department’s chair and the dean.

Onye Ozuzu, dean of the School of Fine & Performing Arts who met with fashion students and faculty earlier this month, said she was aware of the petition but has not fully read it because it has not been formally presented to her. She added the petition is being reviewed by the department.

According to Hentrich, the “magic bus” phrase included in the petition refers to a group of faculty in the department who traveled to Ohio during the summer to visit fashion companies and  industry professionals.

Schiff referred to this “magic bus” term in an email sent to faculty, according to Part-Time Faculty Union President and adjunct professor in the Photography Department Diana Vallera in a Sept. 23 interview with The Chronicle.

Hentrich added that petition supporters are demanding a full-time chair before further changes are made because the department needs someone who has experience in the industry.

“If you don’t speak the jargon of the industry, it’s very difficult for any interim chair to come in and make changes that are going to be best suited for [the] department,” Hentrich said.

The hashtag #ColumbianotKent has been used by students sharing the petition via social media. Hentrich said the hashtag refers to Kent State University’s participation in the BFA program’s curriculum reviewing process.

Wearden, who worked at that university prior to Columbia,  added that it was a coincidence that Kent State was part of the reviewing process and emphasized it had nothing to do with the proposal, which was drafted by two faculty members.

“There’s no effort here on my part or anyone else’s to make this a mirror of Kent State’s curricula,” Wearden said. “It would not make  sense.”

Ozuzu added that she is open to share requested research and data with students and is currently working on gathering it. She said she had not shared it because it is unusual for students to be involved in curriculum update.

“The unusual part is that usually current students aren’t brought into the fire of that debate…” Ozuzu said. “The fact that it’s happened is not necessarily a bad thing.”

Additional institutions that have participated in the internal review process apart from Kent State include Lim College: New York, Ozuzu added. She said she is unaware why Lim College’s involvement was not mentioned in the past and could not provide information regarding how many faculty have been involved in the process, but added that all have been invited to participate.

Ozuzu said the external review information will be provided to students as well.

Wearden said all faculty in the department were invited to participate in the external review process, which occurred during the summer when a group of faculty visited apparel industries, such as Abercrombie & Fitch, for feedback.

While not opposed to change, Hentrich said she would like proper research, transparency and faculty consultation before implementation.

“I would like [the administration] to stop and go back to the drawing board and start again,” Hentrich said.