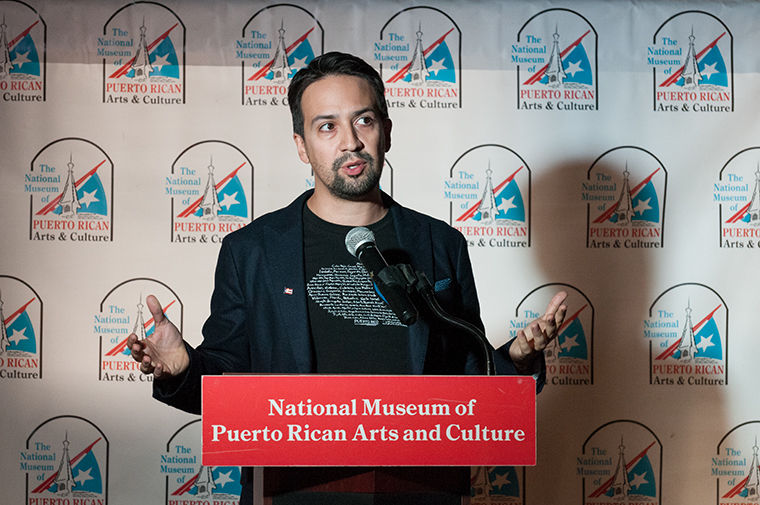 Lin-Manuel Miranda, creator and former star of "Hamilton", spoke about the ongoing humanitarian crisis in Puerto Rico in a press conference at the National Museum of Puerto Rican Arts & Culture, 3015 W Division St., on Nov. 1.

“Hamilton” creator Lin-Manuel Miranda, along with representatives from the Norwegian American Hospital and the New Life Covenant Church, spoke at a Nov. 1 press conference about local relief needed for Puerto Rico after Hurricane Maria.

The category 4 hurricane ravaged the U.S. territory Sept. 17 and was declared a major disaster by the Federal Emergency Management Agency three days later. Relief efforts by the federal government have been criticized widely for providing insufficient aid compared to assistance to Texas and Florida following hurricanes Irma and Harvey.

Miranda, who is of Puerto Rican descent, said during the press conference, held at The National Museum of Puerto Rican Arts & Culture, 3015 W. Division St., more work needs to be done because the Puerto Rican people are part of the American family.

“There [is] no shortage of resources available to you. I’m sure there are some in Chicago I’m not familiar with,” Miranda said. “Norwegian Hospital alone is an excellent one. There are drives going up everywhere. I’ve been sending everyone to HispanicFederation.org. They’re very transparent and efficient with how they spend their money. ”

Miranda wrote and released a charity single called “Almost Like Praying” with other Latino artists, including Marc Anthony, Camila Cabello, and Jennifer Lopez. All proceeds from the song go to the Hispanic Federation to fund hurricane relief.

Another speaker was OB-GYN Adeeb Alshahrour from Norwegian American Hospital, 1044 N. Francisco Ave., is a member of the planning community in charge of sending American missions to Puerto Rico. Alshahrour said he assesses critical needs and helps form teams of doctors and physicians from the hospital to send to Puerto Rico.

“We are going to be providing as much as we can to make sure our fellow citizens get health care to their doorsteps,” Alshahrour told The Chronicle.

At least 71 of Puerto Rico’s 78 towns have received assistance from nearly 100 missionaries and clean up crews, Billy Ocasio, executive director of The National Museum of Puerto Rican Arts & Culture, said.

Anyone from the island or has ties to the island can tell you there was this terrible silence that the rest of the diaspora experienced in the wake of the hurricane, Miranda said.

“Seventy-five percent of the island still has no power [and] 25 [percent] still has no running water. So we’re far from done here,” Miranda said. “I’d much rather be telling you about some new musical I’m working on, but this is sort of the new full-time gig for now.”