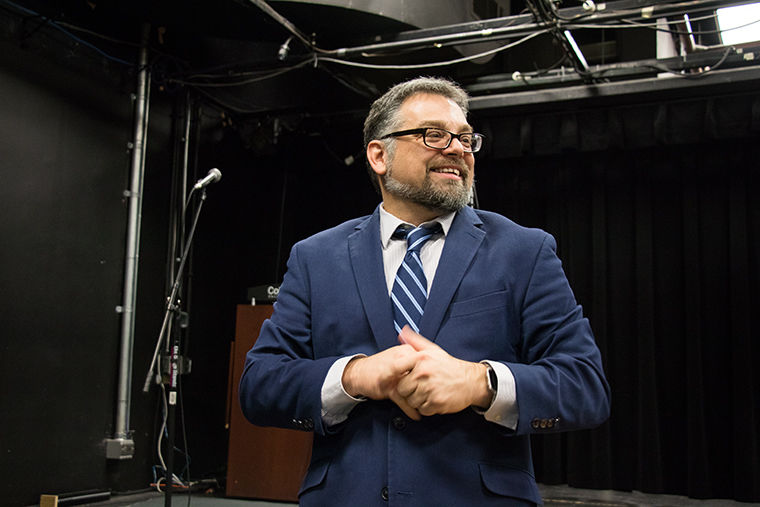 Sudden changes in the LAS Core curriculum in addition to a new graduate degree in civic media were announced at several recent Town Hall meetings.

Two town halls, held by the Student Government Association, were held in early February to familiarize students with some of the schools deans and create a better understanding of upcoming changes and updates happening in several departments.

One was held Feb. 7 with Steven Corey, dean of the School of Liberal Arts and Sciences, at 623 S. Wabash Ave.

Corey said the new curriculum will be expanding on classes like the “Big Chicago” courses and introducing new classes for sophomores called “Creative World.” Juniors will then be required to take business communications and technology courses regardless of what their major is so they can be well rounded.

“What we are doing is transforming the core to being an experience that is not just about taking classes in the School of Liberal Arts and Sciences, but also through what we’re calling ‘the experience’ as well,” Corey said.

Veronique Hall, a sophomore public relations major and executive vice president of communications in SGA, said the series of weekly town halls held last semester influenced the current schedule of events. Students can now meet with their deans and learn more about their own departments.

“I know with anyone’s experience at Columbia, they might have a burning question or they feel that somethings not fair within their department,” Hall said. “With these types of spaces, they’ll be able to get those questions answered.”

Jazmin Bryant, a sophomore cinema and television arts major and executive vice president of SGA, said a SGA goal for the year was to help bridge the gap and connect the student body to the whole Columbia community.

Corey said he thought the Town Hall meeting was successful, adding that these meetings  are a great way to connect with students.

“I very much want to hear from students. I want to know about students’ concerns and not really their concerns but what they’re interested in and questions they have about how the institution is running and their roles in the institution,” Corey said.

Eric Freedman, dean of the School of Media Arts, spoke to SGA members Bryant and Hall about the new graduate degree in Civic Media during the Feb. 5 Town Hall at the 33 E. Congress Parkway Building.

During the Feb. 5 Town Hall only one faculty member attended and no students arrived, leaving it up to SGA to ask Freedman questions. The civic media master’s degree will take about three semesters to complete and will allow students with a wide range of undergraduate degrees to apply for the program, Freedman said. He added they will also be fine tuning other degrees.

Freedman said he hopes students can better understand their departments and programs from these Town Halls, despite the lack of participants at his own.

“[I want] to engage in more open dialogue and answer any questions [students] may have about the year ahead [in] an open forum, an open conversation,” he said.

Kyle Heger, a senior cultural studies major and SGA senator, said these meetings are important so students can stay connected to what is happening at the college.

“It’s still my department and I need to be a voice for students. Within Student Government, it is my job to be here. It’s my job to facilitate people to ask questions or to answer questions towards me,” Heger said. “Student voices are what I’m here for, but it’s also the engagement with faculty, with different alumni if they were to come if they knew this was going on and/or other students who want their voices heard too.”