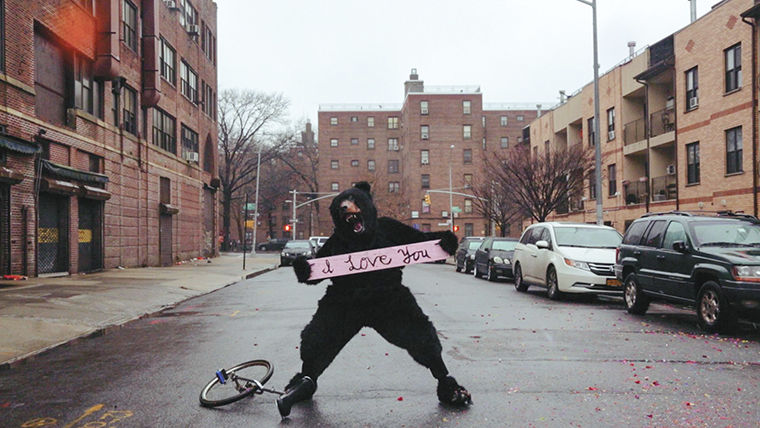 Courtesy of Will Kanellos

The first video of the “Videos 4 U” series titled “I Love You” includes a couple who has been dating for eight years that finally works up the courage to say “I love you.”

Communication is difficult enough among strangers, but is especially so when dealing with saying something as simple as “I love you.”

The popular WBEZ radio program “This American Life” has partnered with Brooklyn-based filmmaker Bianca Giaever, and New York production company “m ssng p eces,” allow people to better communicate through their new web series, “Videos 4 U,” in which Giaever makes customized videos for people who have something they need to say to someone.

Giaever, who gained recognition for her student films “Holy Cow Lisa” and “Scared Is Scared”—which was named USA Today’s “Best Web Video of the Year” in 2013—came up with the idea after moving to New York after college.

“It was always as planned out as it is now,” Giaever said “I didn’t always know what the story would be—that depended on what people wrote in about.”

The films include the people who submitted their stories to be featured in the personalized shorts. The first video, posted Feb. 12 to the “This American Life” blog, called “I Love You,” is about a couple who spent eight years together but never said the words.

The video includes much of Giaever’s distinct style, which caught the eye of “m ss ng p ces” founder Ari Kuschnir when he saw her film “Scared Is Scared” in 2013. Kuschnir said he wanted to work on a project with Giaever because of her distinct directing style.

“Bianca is one of the best examples of, ‘Here’s somebody that didn’t even start off as a filmmaker,’” Kuschnir said. “[She] comes from the world of radio producing and [her] stories work, first as audio, then as video. That’s pretty powerful when you can do that.”

By blending her radio and filmmaking talents, Giaever had the chance to work with “This American Life” for a radio story, which ultimately led to her working relationship with host Ira Glass and the “Videos 4 U” web series.

“I worked with them on some radio stories and talked to them about possibly doing an internship,” Giaever said. “Then I ran into Ira [Glass] at a dance performance and pitched him these ideas.”

For Kuschnir, whose company works mostly on branded content, “Videos 4 U” is a dream come true.

“When I came to the U.S. [from Colombia] in ’99 to go to film school, the two main things I discovered that were incredibly influential were ‘This American Life’ and ‘The Daily Show,’” Kuschnir said. “They informed me in different ways in the context of what I missed or what life was like in the U.S. It was like catching up in a way.”

Will Kanellos, an editor for the video production company and the “Videos 4 U” series, said this series is a passion project for everyone involved with the series.

“It was incredible to see how people rallied around it and wanted to help us,” Kanellos said. “I think having such an interesting story and this strange opportunity to help somebody in such a personal way helped inspire a lot of the passion behind this.”

Kuschnir said he wanted to work on a project that connected deeply with people because there are so many meaningless videos on the Internet, and he said he thinks this does just that.

“There’s a lot of s–t on the internet,” Kuschnir said. “So the best you can hope for is to just make little meaningful pieces that connect with people. We already have a couple thousand views. I call those meaningful hits. I know every one of those really counts, and that’s part of what keeps me going.”