Aldermen: Put phone away before crossing the street 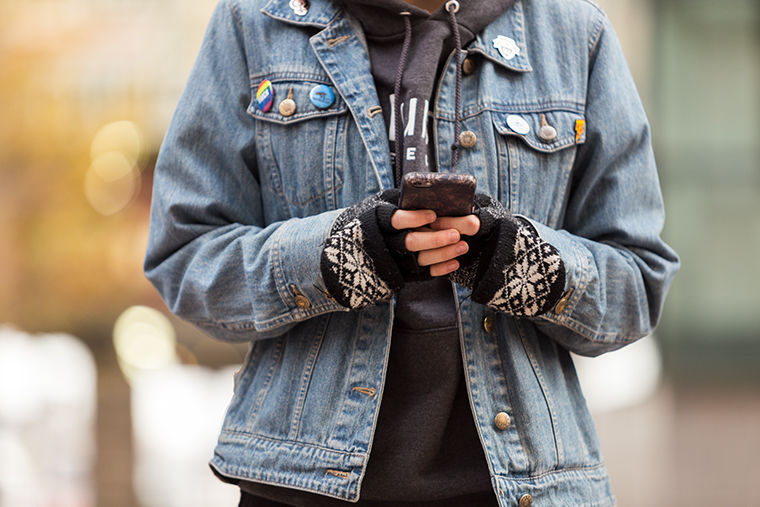 A proposed ordinance would charge citizens up to $500 for “distracted walking.”

Sending a text or tweet while in a crosswalk may soon cost Chicagoans up to $500.

Aldermen Ed Burke (14th Ward) and Anthony Beale (9th Ward) proposed an ordinance Nov. 8 that would fine pedestrians caught using “mobile electronic devices” while crossing a street or highway. The first offense would warrant a $90 fine, but the second offense hikes to $500.

The goal is to reduce pedestrian deaths and injuries at a time in Chicago when drivers have accidentally killed 39 pedestrians as of Nov. 8 and similar laws have been passed in Honolulu and San Mateo County, California.

“We’ve raised concerns about the ordinance as it’s drafted right now,” said Kyle Whitehead, government relations director for the Active Transportation Alliance, a nonprofit advocacy group. “The suggestion that the city should fine people who are legally crossing in the crosswalk, no matter what they’re doing, we think is wrong-headed and missing the real problem.”

Whitehead explained that no current data shows that distracted walking is a major contributor to serious or fatal crashes on the street; instead, it shows that speeding and fast-moving cars are the major contributors. The city should focus on those issues to improve safety, he said.

“[ATA does not] think this ordinance would make our streets any safer; we have concerns that it could discourage more people from walking,” Whitehead said.

Richi Roberts, a freshman English and creative writing major, said the proposal sounds vague enough to be abused and hard to enforce because “distracted” is too subjective. Enforcement would also depend on whether the Chicago Police Department would consider it important enough for their time, he added.

Accident prevention should not be the responsibility of just the pedestrian, and it will always be up to both the walker and the driver to ensure safety on the road, he said.

Jake Porter, a sophomore audio art and acoustics major, said he doubts the ordinance could actually get passed. Both pedestrians and drivers are responsible for their own safety, he added, but pedestrians have to especially be cautious of their surroundings.

The best way to make streets safer is with infrastructural improvements, Whitehead said, such as redesigning streets, repainting crosswalks to improve visibility or adding pedestrian refuge islands that provide a break in the middle of the street, slowing down cars naturally.

“Those are the changes we’ve seen here in Chicago and cities across the country [that] directly result in fewer crashes, and they create better environments for people who are crossing,” Whitehead said.

Along with the ordinance’s “regressive” fines, Whitehead explained another potential problem with the ordinance is increased police-citizen interaction. Noting CPD’s abusive history, which was detailed in the January Department of Justice report, he said there is legitimate community concern about greater on-street interaction.

“We generally like to push for enforcement mechanisms that would not place undue burden on middle- and lower-income folks,” Whitehead said. “We try to be mindful of the potential negatives of more on-street police and citizen interaction and how to appropriately manage some of the issues around policing, discrimination and racism that we have in the city right now.”