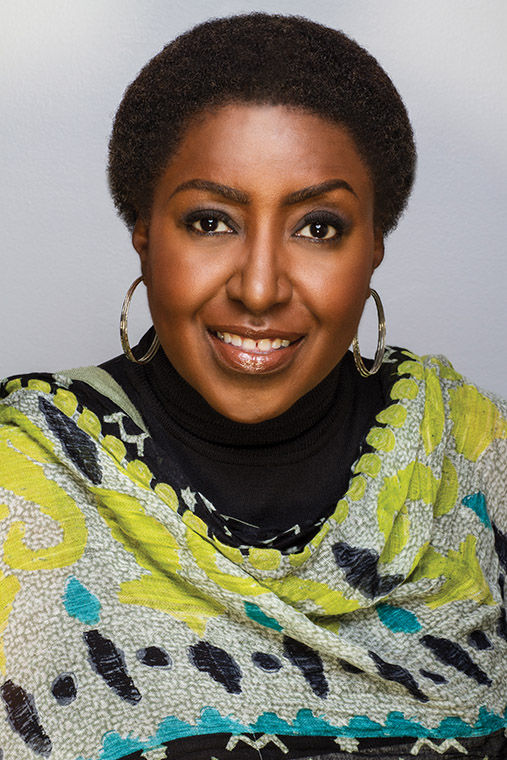 Angela Ford is the executive director of TAG Foundation, an organization she founded in 2013 to fill opportunity “gaps” within her community.

Now, Ford is trying to make the bike drive an annual event through fundraising.

She explained that TAG aims to create sustainable, walkable urban communities through projects that benefit the community.

Ford spoke with The Chronicle about her organization’s early days, upcoming projects and her recreational activities.

ANGELA FORD: I moved into a building I actually inherited; my grandmother came over [during] the Great Migration, so she bought this building in Bronzeville. I moved in and started getting involved in the community. I thought there were serious gaps in programming and opportunity in the community, so I formed TAG Foundation. I have a professional business [called] TAG Properties. I formed the foundation out of my own frustration: I could either yell at everybody else’s organization, or I could form my own and exact the vision I think we should be doing.

What was the goal of your Bronzeville bike builder event?

I’m an avid cyclist. I’ve lived downtown in the central Loop when I had given up my car because it was too expensive, so when I moved back South, I noticed there weren’t as many bicycles on the street as there were when I was a kid. I was a member of another biking organization in the community, and I said, “You know what? I bet you guys we can give away 500 bikes.” [Because] I didn’t get their support, I said, “Fine, I’ll form an organization, [and] we’ll give out the bikes ourselves.” The bike builder was one of the first projects of the newly formed TAG Foundation.

What other projects is your organization working on?

We’re going to give away 500 bikes again, but this time in Lawndale on the West Side. Another project I’m excited about is the Chicago Defender Archives.

What we learned through community meetings is that the Chicago Defender newspaper—the photographs from this 110-year-old newspaper are disintegrating. So we ended up getting a planning grant from the McCormick Foundation—they’ve been extremely supportive—and we learned in our initial assessment that there [are more than] 100,000 photographs.

That’s the entire journalistic history of black people in Chicago. We are in the works for another grant to actually start curating a collection and digitally restoring about 20,000 of those photographs and making them available online.

That’s a project we’re doing now that the community will thank us for later.  Then late summer, given Chicago’s weather, is a South Side walk/run 5K, so we have a whole program around getting a new generation more active and more engaged person to person. [It] will help finance the annual bike giveaway so we’re not just chasing money from strangers every year.

What do you do for fun?

For fun, I like hot air ballooning, and I actually now enjoy travel because I [have] one son and he’s grown and he  lives in South Korea. I didn’t travel as a young person, but you know how you want better for your kids? When my son graduated college, I said, “Look man, before the bills come in for now and forever I would just travel.” That’s what I do for fun now, travel and [go] hot air ballooning.