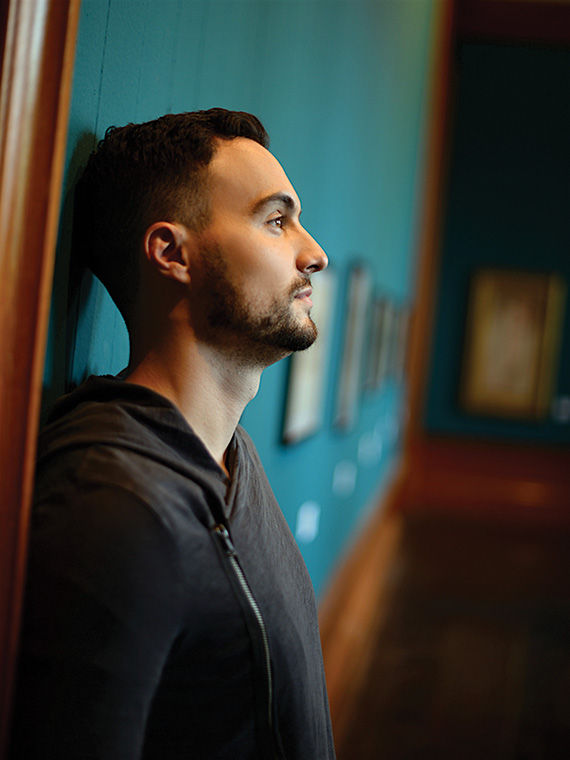 Jesse Clegg, who will open for his father, Johnny Clegg, on April 14 and 15 at City Winery Chicago, 1200 W. Randolph St., said playing some shows with his father is like being on a family road trip.

Jesse Clegg’s first memory of Chicago’s harsh winds will not stop the South African musician from performing in the Windy City as part of his Spring 2016 North America Tour. The rock-pop singer is touring with his music partner, Gavin Shea, to support his third album, Things Unseen, which features singles “Use Me” and “Souvenir.” The album is not officially released, but Clegg is selling early versions of it on his tour.

The 27-year-old was exposed to a wide range of music from a young age, partially due to Clegg’s family music history. His father is Afro-pop musician Johnny Clegg, a famous musician and anthropologist in South Africa.

Jesse Clegg’s sound fuses U.K. and U.S. rock-pop styles with organic electronic vocals. Clegg’s previous guitar-heavy albums, When I Wake Up and Life on Mars, earned platinum success in his home country. Jesse Clegg is also an ambassador for the Nelson Mandela 46664 Foundation, which raises money to combat HIV and AIDS prevention in Africa.

Jesse Clegg is set to perform alongside his father April 14 and April 15 at City Winery Chicago, 1200 W. Randolph St., for special performances of the tour in which his father will headline.

The Chronicle spoke to Jesse Clegg about his South African influence, his new album and being an activist.

THE CHRONICLE: What are some of your musical influences?

JESSE CLEGG: I grew up in South Africa within the music industry there. I listened to a lot of African music [and] various world music. Then, when I was a teenager, everyone goes through that little teenage phase where you discover Nirvana and all the grunge bands, like Smashing Pumpkins. You dye your hair red, and you walk around with a scar on your face—that was me for two years. I had that whole grunge rock thing, and that’s when I started to play with guitar and songwriting.

What do you most enjoy about the tour life?

It is exciting to be traveling in a new country and experiencing the culture. We get to go to not just the big cities, but a lot of the smaller places, [like] some strange nooks and crannies in Canada. You get to see the place and experience the culture of it. Traveling opens your perspective a bit. Also, I am discovering new music all the time and I’ve got my Shazam open all day long. Touring is tough and long hours on the bus, but it is wonderful to be able to play shows, exposing your music to people who have maybe never heard of it and are curious. [There is] a sense of progression and you get a sense of momentum. Once you are in the middle of the tour, it starts rolling and it becomes effortless.

How does the U.S. music industry compare to South Africa’s?

South Africa is a much smaller industry. It is a different experience to be here because in South Africa I am an established artist. I have radio play and management and record deals. In the States, it is definitely intimidating when you see the sheer size of the industry and the size of the touring schedules you have to travel. Especially in the genre I play, I feel like there is slightly more [familiarity]; the audience has listened to this kind of music in America. They come to it with a more nuanced taste, and I quite like that. In South Africa, the style of music I play is not mainstream at all. There is more Afrikaans music and a massive, urban house-electronic scene. It’s interesting to be here, where this is considered totally mainstream, as opposed to South Africa, where it is on the sidelines.

What is your role as an official ambassador for the Nelson Mandela Foundation?

[The foundation] hosts a series of concerts which are fundraisers for HIV awareness and treatment, and a lot of the proceeds go to the Nelson Mandela Children’s Fund. The last one we did was in 2011, and it was a concert in New York [with] lots of international acts. They raised a huge amount of money for the cause in South Africa, and it’s a really important, well-organized charity fund that is trying to better the situation in Africa as a whole.

How is it playing shows with your father?

It is really cool. It is like being on a road trip with him. We travel to the gigs together. It is interesting for the audience to get both generations.

What is the biggest takeaway from sharing your music with fans?

It’s nice to be able to share a musical moment with people, especially singing songs that are personal and you see someone relating to it in their own way. There is that connection, and that is the magic of music. You can have something totally subjective, and it becomes universal. You can feel it when you are onstage, and the audience is with you, they are really listening. Everyone experiences it together. This moment in time is ours.