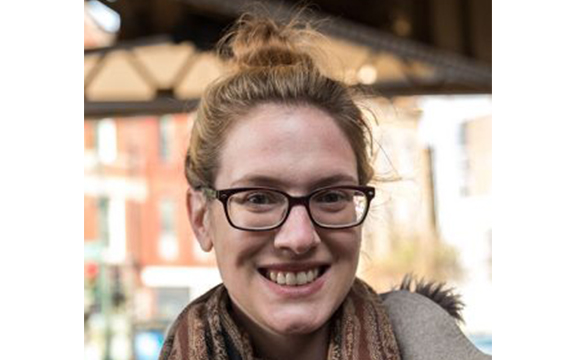 Two recent Columbia graduates have created their own advertising agency called Fresh Perspectives to bring a new spin to the advertising industry.

Herron said the idea for Fresh Perspectives sparked while he was attending Columbia. He noticed current advertising agencies have a rigid framework for their creative process, making it challenging for young people starting out in their careers to have any say in that process or execution, he added.

“There really needs to be a fresh perspective on how to [create advertisements],” Herron said.

Buczek said the agency has just signed for a co-working space at 420 W. Huron St., which will help them network and grow their company. They hope to eventually have permanent offices in Chicago and New York, the two largest cities for advertising in the U.S., she added.

Buczek said she always  wanted to start an agency later in her career and signed on when Herron asked her in summer 2017 if she wanted to collaborate with him. Since then, they have been working to develop their brand identity and build a client base.

Herron did not apply for jobs after graduating Columbia because he  knew he was committed to focusing and building Fresh Perspectives, he said.

“We always worry that people get the idea that we started this because we didn’t get a job; that’s not the case,” Herron said. “Not long after school ended, we decided to do this. We didn’t apply to places because this was what we wanted to do.”

Their website includes several samples of work, including the advertisement they did for The Miracle Center—a non-profit organization that works with inner-city youth to present theatrical productions every year. They created a sponsorship package the organization can show prospective donors.

Despite others doubting their business prospects, Buczek said she is motivated to keep pushing and go as far as she can with the advertising agency.

“I [advise] just being very persistent, and knowing that where you are right now isn’t going to be where you’re at in a year and making specific goals for yourself,” Buczek said.

Both Herron and Buczek said Columbia helped them become the people they are today because it provided them with opportunities.

“Going to Columbia was one of the best decisions that I ever made in my life,” Buczek said. “I’m happy [Columbia] molded me into this type of person where I have an entrepreneurial mindset.”

Johnson said that his time at Columbia provided him with tools to express his own creativity and show off his voice to the world.

“Columbia helped me find a voice and what I wanted to put my creativity out into,” Johnson said. “That’s the thing when you are creative: You naturally want to find something that allows you to voice your creativity and express it to the world.”