SAD or just sick of winter? 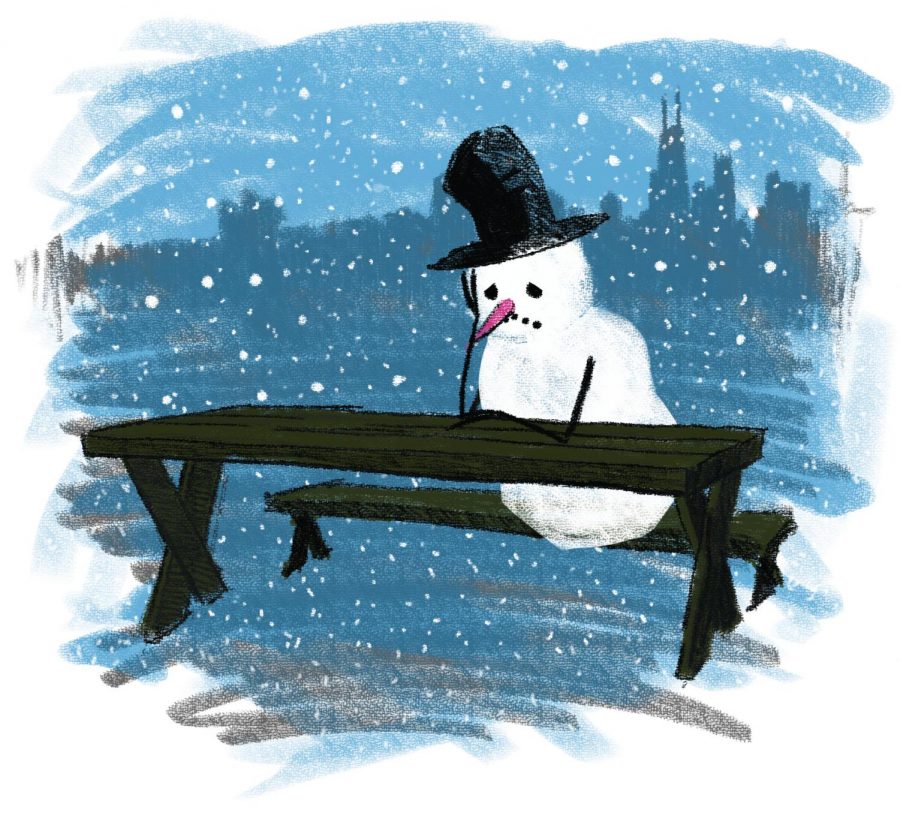 The unpredictable weather has left Chicagoans with many complaints, but winter has also made people susceptible to the winter blues, known in the medical community as seasonal affective disorder.

SAD is a type of depression that typically occurs during the winter months and results from days getting shorter and gloomier, according to Michael Young, professor in the college of psychology at the Illinois Institute of Technology.

Young said although he has seen many people experience SAD this season, it is important to note there would not be an increase in those affected due to weather conditions because scientists have not yet been able to find a correlation between the disorder and the weather’s severity. Instead, there are two factors that contribute to the prevalence of SAD: short days and psychological depression triggers.

“The fact that we’ve had a really cold and snowy winter, I think, could make everybody feel a little worse, and it’s possible that people with seasonal affective disorder also feel worse,” Young said. “But we don’t really expect to see an increase based on weather because it doesn’t actually seem to be related.”

Young said the symptoms of SAD are very similar to typical symptoms of depression and can vary in severity by person. Mild symptoms include an increase in appetite and sleep along with weight gain and decreased energy. Severe symptoms can also include a change in appetite, sleep habits and energy but involve a loss of interest in work or other activities, social withdrawal and feelings of unhappiness and loneliness.

“It’s just the way our biology works … all mammals work that way,” Young said. “We think of it as the people who actually have seasonal affective disorder [also] have depressive episodes every winter in combination of these two things.”

Although Young said scientists do not know what causes the disorder, it may be related to the body’s circadian rhythms, a person’s biological clock that tells the body when to sleep and regulates other psychological processes. However, some research suggests SAD may not be as common as people think.

Researchers found that neither season nor weather conditions influenced depressive symptoms, according to an August 2013 study published by the Journal of Affective Disorders.

“It’s clear from prior research that ‘SAD’ exists,” said David Kerr, lead author and assistant professor in the School of Psychological Science at Oregon State University, in an Aug. 27, 2013 press release. “But our research suggests that what we often think of as the winter blues does not affect people nearly as much as we think.”

The study took a sample group of 556 participants in Iowa and 206 people in Oregon and measured their depressive symptoms at various times throughout the year instead of focusing on specific seasons. Kerr said they found no strong association between depressive symptoms and the time of year.

“I don’t doubt that people feel down when they say they are depressed about the seasons, but I think that sometimes when people are depressed, they kind of scan the environment for possible causes and that they might not always be able to separate the effects of the seasons from other really important things that are going on in their lives,” Kerr said.

Kerr said the term “seasonal affective disorder” has become something used very casually and that it is still important to be cautious when diagnosing such a disorder.

Individuals who think they may be suffering from SAD should seek a proper diagnosis from their physician and stick to treatments such as exercise, light therapy and going outside, according to Rose Metivier, a licensed clinical professional counselor at Midwest Counseling and Diagnostic Center in Chicago.

“I think a big factor of it is just that isolation piece where you just can’t do things,” Metivier said. “There’s things you can do like exercise and going outside, making sure you stay connected to people and getting some sunlight in when you can. [These] seem to be things that are most beneficial.”