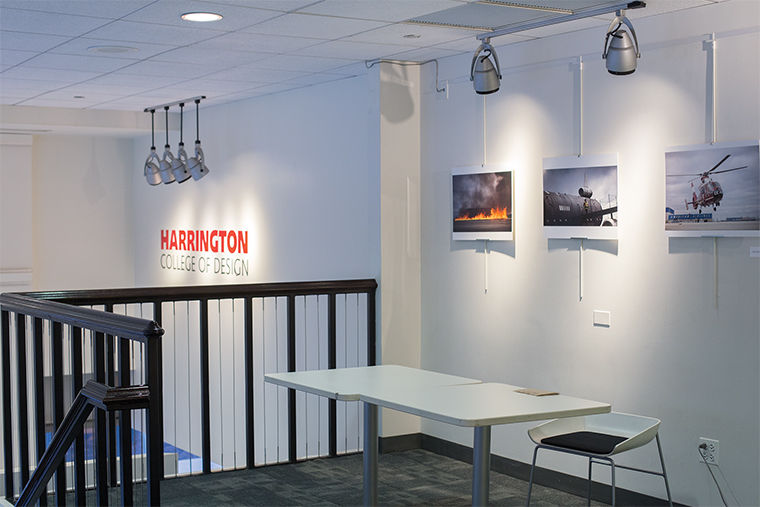 Pending accreditor and regulatory approval, Columbia will open its doors to up to 360 students from Harrington College of Design.

Stan Wearden, senior vice president and provost, said in an April 1 collegewide email that the college intends to enter an agreement with Harrington, which will discontinue its operations in August 2018. The agreement will give Harrington students in bachelor degree programs the opportunity to complete their programs at Columbia while other students will continue their enrollment with Harrington within Columbia’s environment.

Founded in 1931, Harrington College of Design offers students degrees in design-related programs. The college made the decision to discontinue operations as a result of increasing financial deficits caused by years of continuous declines in enrollment and increased regulatory burdens facing private colleges, according to the email.

Kwang-Wu Kim, Columbia’s president and CEO, said the decision to partner with Harrington was made because of curricular similarities between the two colleges. The primary areas that will be affected are the Art + Design and Photography departments, Kim said.

“Harrington has a long, very illustrious history, so at least there was some possibility of a logical connection,” Kim said. “We never would have pursued [the partnership] if it was with an institution that didn’t have any important similarities because that just wouldn’t have been responsible.”

Kim said that Columbia would benefit from the Harrington students, many of whom will be arriving with already significantly developed skills.

“We want students at Columbia to be working with as many different people as possible,” he said. “It will be a benefit just because we’ll have some new voices present.”

According to an FAQ document included in the collegewide email, Columbia could also receive up to $5 million in transfer student tuition, which will be used to cover the costs of educating the students.

The announcement has been made, but the agreement is contingent on approval from the Higher Learning Commission. Both institutions are accredited by the HLC and have notified staff at the organization of the intended agreement with the hope to obtain approval in mid-June.

Also included in the document were further details of the submitted plan, under which students in Harrington’s bachelor’s programs will be able to enroll in the same program offered by Columbia and receive transferable credit. Students who are within a year of graduation will have the option to finish their studies at Columbia but receive their degree and diploma from Harrington.

Harrington’s master’s and associate degree programs will be involved in a “teach out,” meaning Harrington faculty will relocate to Columbia facilities to allow students to complete their respective programs. Associate’s degree students will also be given the opportunity to enroll in a Columbia bachelor’s program of the same or similar discipline.

“The team there [at Columbia] has been very forefront in helping us work through that, not only with communication back and forth, but also by working with our regulatory bodies cooperatively,” McCoy said.

The influx of transfer students could raise questions about the impact it will have on Columbia departments, specifically Art + Design and Photography. The FAQ document stated that class sizes will not face any increases. Instead, the college will add more sections of popular courses and hire additional faculty to accommodate them if needed.

“We’re excited to have this opportunity for bachelor students to continue on,” McCoy said.