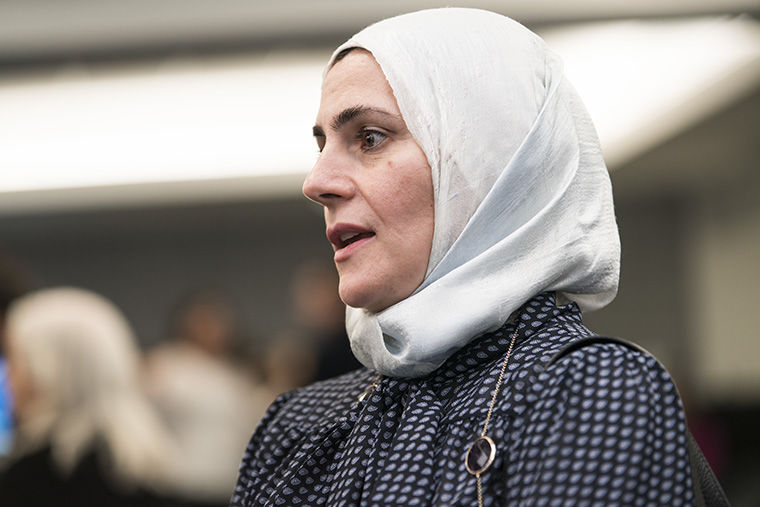 Pictures of children attempting to flee war-torn streets in Aleppo, Syria, linger on Facebook feeds while tweets from Syrians in the midst of warfare are read by people around the world.

Even though the Syrian Civil War is one of the most documented wars in history, reading about it on social media does not replace building communities; starting coalitions and pressuring American policymakers to take action, said Zaher Sahloul, a local medical neutrality advocate.

“Good men and women should do something when they see a genocide in Syria or any other country,” Zaher Sahloul said. “Chicago [is in the] position to play a major role globally.”

The Chicago Council on Global Affairs, 130 E. Randolph St., hosted a sold-out panel Jan. 17 at which Chicago-based activists Becky Carroll, Samar Attar and Zaher Sahloul spoke about their work in Syria, social media’s role in the nearly six-year conflict and how people can make a difference for Syrians.

Cameron Hudson, director of the Simon-Skjodt Center for the Prevention of Genocide, moderated the discussion and presented U.N. statistics on Syria. The number of deaths is estimated near 500,000. However, it is impossible to know Syria’s exact death toll because the U.N. stopped counting three years ago, he said.

“I ask myself this question: ‘If I had lived in the middle of the Holocaust, what would I have done?’” Zaher Sahloul said.

Carroll, co-founder of a social media campaign called  #StandWithAleppo that has received 700,000 tweets and reached 1.5 million people through social media platforms since October 2016, said the hashtag serves as an avenue of engagement between Syrians and people around the world.

“Grassroots and in-person [action] can never really be replaced,” Carroll said.“If you want to galvanize people from every corner of the world, every religion, every age, every background, you have an opportunity to do that on social media platforms.”

According to Zaher Sahloul, Twitter connected 7-year-old Bana al-Abed with thousands of others when she started tweeting from her shelter in Aleppo in September 2016. Zaher Sahloul returned from a trip to Turkey recently, where he met the girl and her family.

On Nov. 6, 2016, al-Abed asked the country’s former presidential candidate for her support when she tweeted, “Hi @hillaryclinton my name is Bana I’m 7 years old girl in Aleppo, can you #StandWithAleppo children please?”

“I asked them how they felt when they knew that there were people in Chicago who were retweeting their stories, and they felt the war had not forgotten about them,” Zaher Sahloul said.

All three panelists criticized the lack of action from the U.S. government in taking in Aleppo refugees. Attar and Zaher Sahloul said they have spoken in front of the U.S. Security Council after going on multiple surgical missions to the Middle East.

“People cried in the State Department when we were briefing them on Aleppo,” Zaher Sahloul said. “We did not want them to cry. We did expect them to do something in Syria and this did not happen.”

According to the Syrian Community Network, a nonprofit that connects Syrian refugees with Chicago communities, there are about 570 total refugees in the city. Suzanne Akhras Sahloul, the founder of Syrian Community Network and a Syria native, urged event attendees to get involved, and added that she thinks Chicago is one of the most welcoming cities for refugees.

The panelists also used audience and Twitter questions as a call to action, particularly when one user asked what she and everyone else could do for Syria.

Carroll encouraged people to voice their opinion to their elected officials and to engage them when they have the chance.

“You have to know that your voice matters,” she said. “You have to speak up and make sure your elected leaders know where you stand on this issue.”