Potential EPA cuts would have ‘detrimental’ effects on Chicago environment 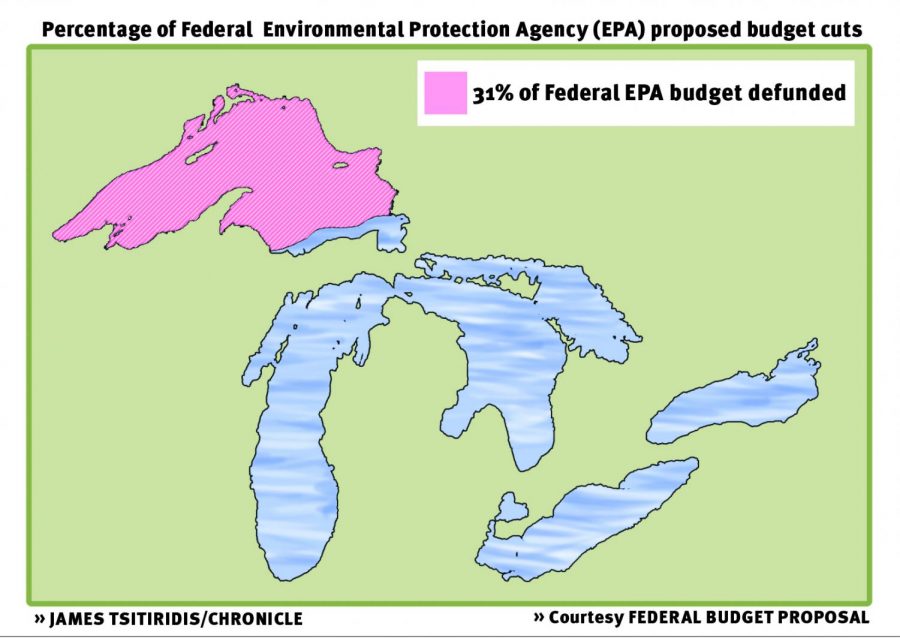 Potential EPA cuts would have ‘detrimental’ effects on Chicago environment

President Donald Trump’s proposed cuts to government-funded environmental causes will have disastrous effects on Chicago’s efforts to stay green, according to local experts and advocates.

“The EPA has done tremendous amounts of work on protecting our public and environmental health, and people don’t realize how instrumental they are,” said Kelly Tzoumis, a DePaul University professor in the Department of Public Policy Studies.

She added that the EPA has been a “champion” of the Chicago environment, and cuts would have a significant negative impact.

Funding for The Great Lakes Restoration Initiative supports cleaning and protecting the Great Lakes for healthy drinking water, said Kady McFadden, deputy director of the Sierra Club of Illinois. Defunding this initiative will mean fewer opportunities for cleanup and the chance for more water pollution, she added.

“Cutting those programs and  staff that do really critical work is going to have detrimental effects to some of our most vulnerable communities,” McFadden said.

According to the EPA website, the Office of Environmental Justice works for fair treatment of all people, regardless of race or income, with respect to environmental laws’ enforcement. In the past, it has helped shut down coal plants in Little Village, according to Tzoumis. She added that the office will “stumble” if it does not get the leadership and support it needs.

If budget proposals succeed, funding for projects and offices will be rescinded and regulations will not be enforced, Tzoumis said. It will be tough for the local and state governments to make up for the loss of support from the EPA because they have never taken on such responsibility, she added.

“We don’t have the money or expertise, and we’re just Chicago,” Tzoumis said. “We just don’t have that capacity to take [the projects] on, and there would be no federal or state government funding.”

Julia Valentine, an EPA spokeswoman, said in a March 29 email to The Chronicle that Trump’s budget blueprint has priorities preserving clean air and water as well as easing the burden of costly regulations to the industry.

“Administrator [Scott] Pruitt is committed to leading the EPA in a more effective, more focused, less costly way as we partner with states to fulfill the agency’s core mission,” she said.

Tzoumis disagrees with the Trump administration argument that deregulation of environmental policies is good for the economy and job growth, noting that Obama’s investment in solar energy created jobs.

“The Trump administration views that jobs compete with the environment,” Tzoumis said. “Jobs don’t have to be pitted against climate change or the environment.”