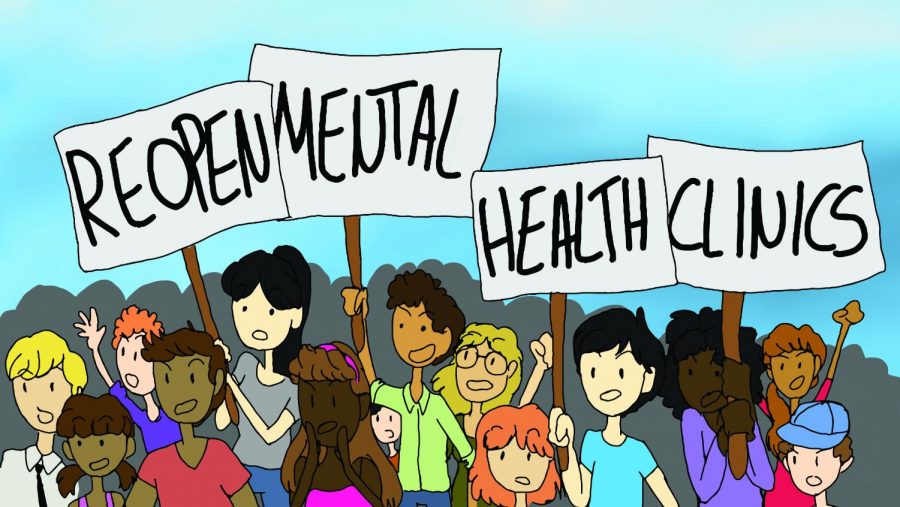 Two years after half of Chicago’s mental health clinics closed, several aldermen and the Mental Health Movement, a group dedicated to advocating for the mentally ill, are calling for the clinics to reopen.

A City Council committee held a press conference and hearing on Aug. 19 at City Hall, 121 N. LaSalle St. to debate the reopening of mental health clinics. The hearing went on for more than six hours with more than 200 attendees. However, the council was not able to reach a consensus regarding the reopening.

Before Mayor Rahm Emanuel closed six of 12 community mental health clinics in 2012 to save the city nearly $3 million, the clinics were operated under the Chicago Department of Public Health. The clinics served 5,338 mental health patients, according to the American Federation of State, Country and Municipal Employees, a union.

“I wasn’t persuaded by the budget argument,” said Jo Patton, director of special projects at AFSCME. “They saved less than $3 million by closing the clinics. It’s not 2 percent of the city’s public health department budget. It’s an infinitesimally small percentage of the city’s overall $6 or $7 billion budget.”

The six clinics that were closed served 2,798 clients out of the total 5,338 patients in Chicago, according to the CDPH. Along with closing half the clinics, the Community Mental Health Council and Counseling Center of Lakeview, partner agencies of CDPH and private mental health service providers closed their doors to new patients. These closings left Chicago with only four community mental health clinics.

Alderman Bob Fioretti (2nd Ward), Alderman Roderick Sawyer (6th Ward) and the Mental Health Movement have said they will try to reach out to those who were affected by the closings and are not receiving care.

Fioretti made a public apology at the press conference, where he said his choice to vote for the mental health clinic closures was the worst decision he ever made.

“[Reopening the clinics] could help,” Patton said. “One of the things Alderman Fioretti and the Mental Health Movement have been pushing for is to reopen the clinics and then do a really aggressive job of outreach. Our view is that kind of outreach effort could really help anyone in need of mental health assistance.”

The Mental Health Movement will try to reopen the six clinics that were closed in April 2012, rehire staff for all of the clinics and ensure responsible caseloads for therapists. The group is also trying to implement a program to let individual patients in need of mental health services know about services available through the CDPH.

“Even if things [had] gone the way they should have, there still needed to be a part two,” Carter said. ”The part two is to actually sit down and examine what they’ve heard. What we’re doing is keeping the door open so that the city will create a task force that allows people to create an environment of service that will lend itself to people that need immediate services.”

The city council vote to close half of the mental health clinics in Chicago was unanimous. The closing of the clinics resulted in Chicago’s crime rate to skyrocket, said Patton.

“Seventy-five percent of [inmates] we’re dealing with have some type of a mental health disorder,” said Michelle Barraco, a mental health therapist at the Cook County Jail.

Patton said the Cook County Jail has now been named the No. 1 mental health facility in the nation, and because many patients are left without help, they may act out in ways that could be seen as crime.

“I would think that if there’s more treatment going on in the community, [mental health patients] will not have to resort to committing any crime,” Barraco said. “I hope that this is what will happen.”

The closing of these clinics not only left many patients without proper care but also affected therapists. Four therapists reported having caseloads of more than 100 clients individually, leaving the wait time for an appointment more than four months long in some cases.

“As far as my population goes, we have been noticing a lot of people where the clinics have been closing in the community coming to jail,” Barraco said.

Although CDPH said they would help keep track of and help all patients affected by the closing of the clinics, not all patients have been accounted for. Almost 500 patients have “disappeared” from mental health systems. Their cases are unsolved, and all information about the clients remains unknown, according to Patton.

“There has been no further follow-up because what the city did was basically assume that those that they couldn’t reach, or that they reached only once and then couldn’t follow up with, [CDPH] just stopped counting them,” Patton said. “It’s a kind of a numbers trick that worked on a lot of people. So they just kept shrinking

According to AFSCME, the Chicago Department of Public Health stated that in order to keep track of all clients, they sent out a letter to every patient regarding the transition from the old clinic to a new clinic. It failed to take into account for the fact that many are homeless and do not have a permanent mailing address.

“There has been no subsequent effort to get in touch with these folks,” Patton said.