Everything is ‘falling together’ for Pomo 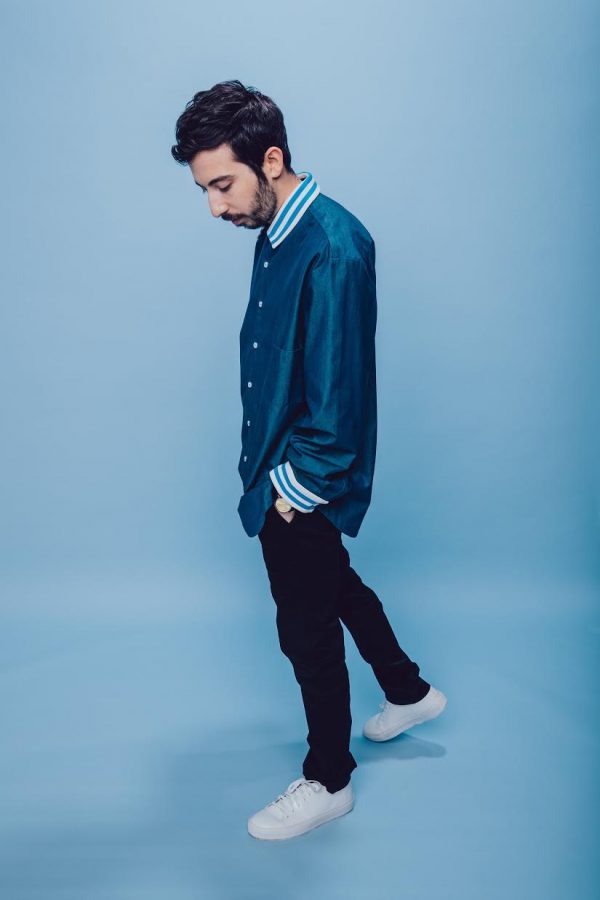 Vancouver- based electronic musician Pomo, who has worked with Mac Miller and Disclosure, will be performing solo at Schubas Tavern, 3159 N. Southport Ave., May 16.

David Pimentel knew from an early age that music was going to be his career. After playing in bands Right and Panther, Pimentel decided to take his career solo and create a mixture of groovy, jazz and electronic dance sounds.

Originally from Port Moody, a suburb outside of Vancouver, Canada, the electronic musician wanted to create a name that was easy for fans to say and remember. While he was living in Montreal, a friend suggested the name Pomo, which is short for Port Moody, and he gladly accepted.

Pomo has worked alongside popular musicians such as Mac Miller and Disclosure and has produced the hit songs “Dang!” and “Am I Wrong.” After releasing studio album The Other Day in November 2014, and a remix album Tempo Dreams No. 4 in March 2016, Pomo released “Fall Together,” a single featuring Harrison Brome, April 14. Pomo will be performing his hits at Schubas Tavern, 3159 N. Southport Ave., May 16.

The Chronicle spoke with Pomo about collaborating with Mac Miller and Disclosure, finding his groove as a DJ and changing up his concert style.

POMO:With Disclosure, I went on tour with them. That happened because they heard my song “So Fine” when it came out two years ago. They were playing my song in every set, and eventually they asked me to play at their Las Vegas Wild Life Party. A guy from Disclosure really liked the set a lot and said, “Hey do you want to come on tour with us?” and it just went from there.

For Mac Miller, we started “Dang!” with just me and Anderson .Paak working on [the song]. We didn’t finish the verses, so they were empty and Anderson .Paak showed it to Mac Miller, and he instantly wanted it for his album. It was great because it might have been one of those songs that potentially could have been stuck and never finished. It was great that Mac heard it and had the inspiration to finish up the song.

How did you get interested in making and producing music?

I grew up playing piano. As a kid, I really hated practicing classical, and doing that was like work for me. On my own time, I was learning other types of music like rock and blues and learning how to improvise. As I got older, I started playing in bands, and that was when I realized I really wanted to do music. When Justice came out with Cross, that was what lead me to electronic and dance music.

What sets you apart from other DJs?

My background is more of a musician rather than a producer or DJ, so I try to include those as much as I can live. For this upcoming tour, I have three keyboards, a drum pad and Danny, my guitar player, is coming with me and he also has a drum pad. We will go in and work on parts and try to add interesting moments to the songs that aren’t on the record versions. I think [doing that] adds character and shows that we can play s–t too.

What is your favorite song to play?

It is either “Dang!” or “Am I Wrong” because those are two of the biggest songs I have worked on, and they both get really strong reactions. We change it up live; I like to go in and edit the songs and extend certain parts or focus in on parts and make them more interesting and fun to play live.

How long did it take for you to make “Fall Together?”

The total work took just under a month. When I started working with [Brome], we had a session, and it went really well. We are both really passionate in what we do and we both have really strong visions of what we want the song to be. It was just an interesting experience to go back and forth with the song and trying to make both of us happy with the product.

What is next for Pomo?

We have the tour coming up. After that, I am moving to Los Angeles where I am going to finish my album and hopefully get another single out.