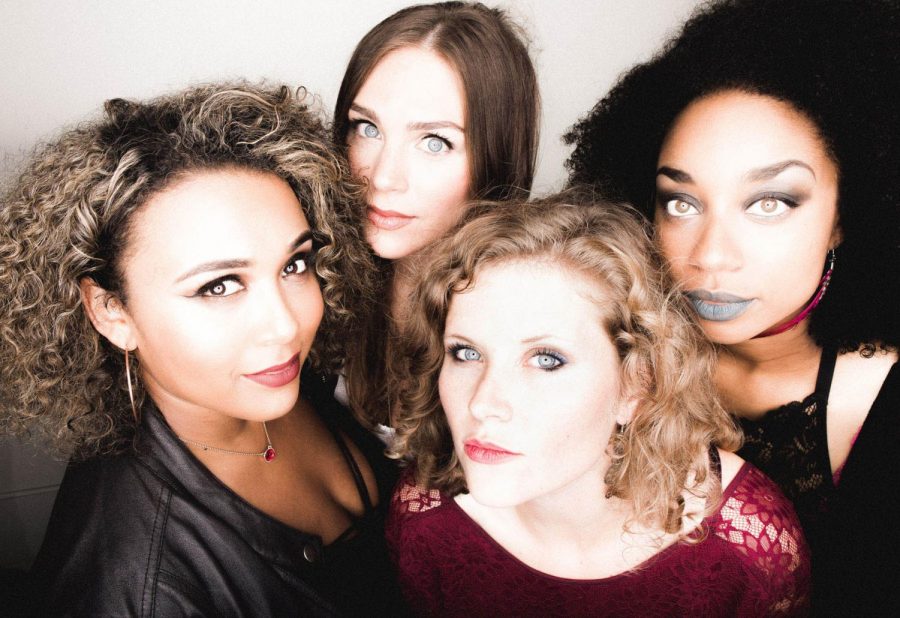 After the grisly bodies of her father and stepmother were found in their family home Aug. 4, 1892, Lizzie Borden went to trial for their ax murders. The case infamously ended in acquittal and was never solved.

More than a century later, the story is still being told, and a new interpretation of what happened that day has arrived in Chicago.

As part of its 2017–2018 inaugural season, Firebrand Theatre will present the Chicago premiere of “Lizzie”—a rock musical based on Lizzie Borden’s life prior to and after the trial—which will run Nov. 11–Dec. 17 at The Den Theatre, 1333 N. Milwaukee Ave.

Firebrand Theatre’s mission is to empower women by giving them a wider range of opportunities on and off stage according to Harmony France, co-founder and artistic director of Firebrand. She said she was taken with “Lizzie’s” all-female cast and the musical’s queer element, a forbidden love between Borden and another female character. This is her favorite part, she added.

Victoria Bussert, the director of “Lizzie” and of musical theater at Baldwin Wallace University in Berea, Ohio, was also moved by the story. When “Lizzie” was selected by the National Alliance of Musical Theater in New York City as one of 2010’s top eight musicals, Bussert said she immediately loved the demos recorded by the creators, Steven Cheslik-deMeyer and Tim Maner.

The show has made stops in several other cities, both domestically and internationally, including Denmark, London and Cleveland.

“I don’t know another piece that has such a profound effect on the acting company as this one,” Bussert said. “The requirements of what these women do cross the boundaries of what you’d see women portraying normally in a musical. They have to use a very powerful muscle of theirs—not just the physical muscle, [but the] internal acting muscle.”

Liz Chidester, a singer-songwriter who moved to Chicago from Virginia in 2013 and will be playing Borden in the Chicago production, said the musical has been a challenge for her both vocally and physically. The rock-centered soundtrack requires her to conserve her energy for certain moments, and her movements on stage also work her arms, legs and core, she said.

“I’m definitely sore after every rehearsal,” Chidester said. “I did karate as a kid, and [the choreography] feels more in that vein than ballet.”

Having only heard the popular nursery rhyme about Borden, Chidester said she did not start reading about the historical figure until after earning the role. After her research, she said she identifies with Borden and how she was caged by society.

“I couldn’t think of a better fit for [Firebrand] than ‘Lizzie,'” Bussert said, “something that pushes all the boundaries and breaks down the barriers people have in their minds, especially in musical theater. What ‘Lizzie’ helps us say is, ‘Let’s not be limited in how we approach [stories]; just write for human beings.'”