New XS Tennis facility to construct a path to college 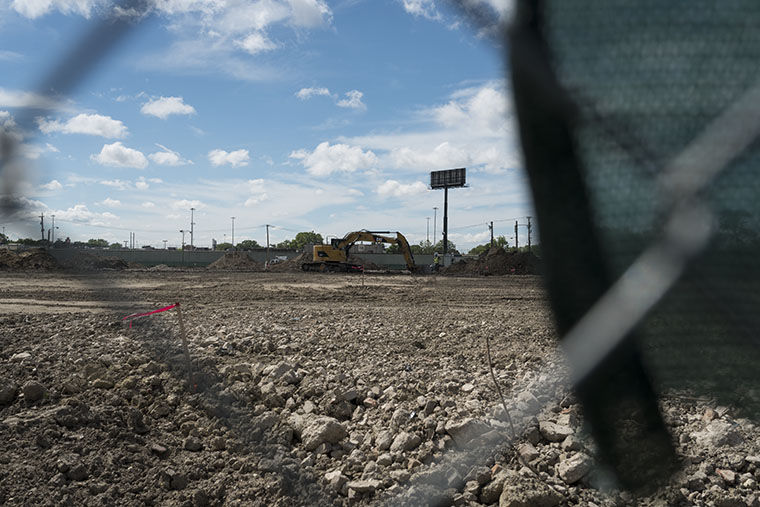 XS Tennis and Education Foundation is working on a construction of a new facility at 5400 S. State St.

Founded in 2005 to provide athletic opportunities for youth in Chicago’s South Side, XS Tennis started as a small program with five local tennis players, according to the organization’s website.

Since its creation, it has provided tennis lessons and homework assistance to all XS student athletes. Its programs produced national, Midwest and regional champions and a Wimbledon junior finalist, as stated on XS Tennis’ website.

“The goal was to bring a new recreational amenity to the community,” according to Alderman Pat Dowell (3rd Ward), one of the project’s leaders.

Dowell has worked with XS Tennis founder and CEO Kamau Murray for the last two years.

With the facility to be completed next fall, more students can join XS Tennis, improve their grades and get scholarships, Dowell said.

“This indoor recreation center will provide [South Side] youth with spaces to train and compete year round, increasing the potential [for students] to earn college scholarships,” Emanuel said.

XS Tennis should be an example for combining athletics and academics, Emanuel added.

The new facility will consist of 12 indoor courts, 15 outdoor courts, a running track, a fitness center and classrooms for tutoring sessions, as stated in Emanuel’s press release.

The new facility will double participating Chicago Public Schools from 10 to 20, with access to its after-school and in-school programs and will provide more than 4,000 CPS students with an avenue to athletic and academic growth the release noted.

According to a Jan. 2015 report by the Chicago Sun-Times,  the 3.5-acre project carries a price tag of $9.8 million, $2.9 million from Tax Increment Financing and $3.9 million in private donations.

XS Tennis also plans to give $300,000 in tennis scholarships to CPS students and Chicago residents in addition to its community outreach expansion, as reported in the press release.

According to the press release, 34 XS Tennis players have received a college scholarship since the organization was born.

“The fact this new facility has ample indoor and outdoor courts can only benefit the tennis community of Chicago,” said McDermott.

McDermott added that he would like to see more projects like this throughout all other Chicago park communities.

She said there is value in providing athletic outlets for youth, not just education wise, but health wise as well.

Stubbs added, with the reputation of Chicago Public Schools, that an additional outside-of-school support would be the key to progress.

Stubbs said she is in the process of reaching out to Murray to plan a possible partnership.

“Anytime a young child that goes to an underperforming school has an opportunity to be safe and to be engaged with someone who’s showing an interest and willingness to help them, it speaks volumes,” Stubbs said.