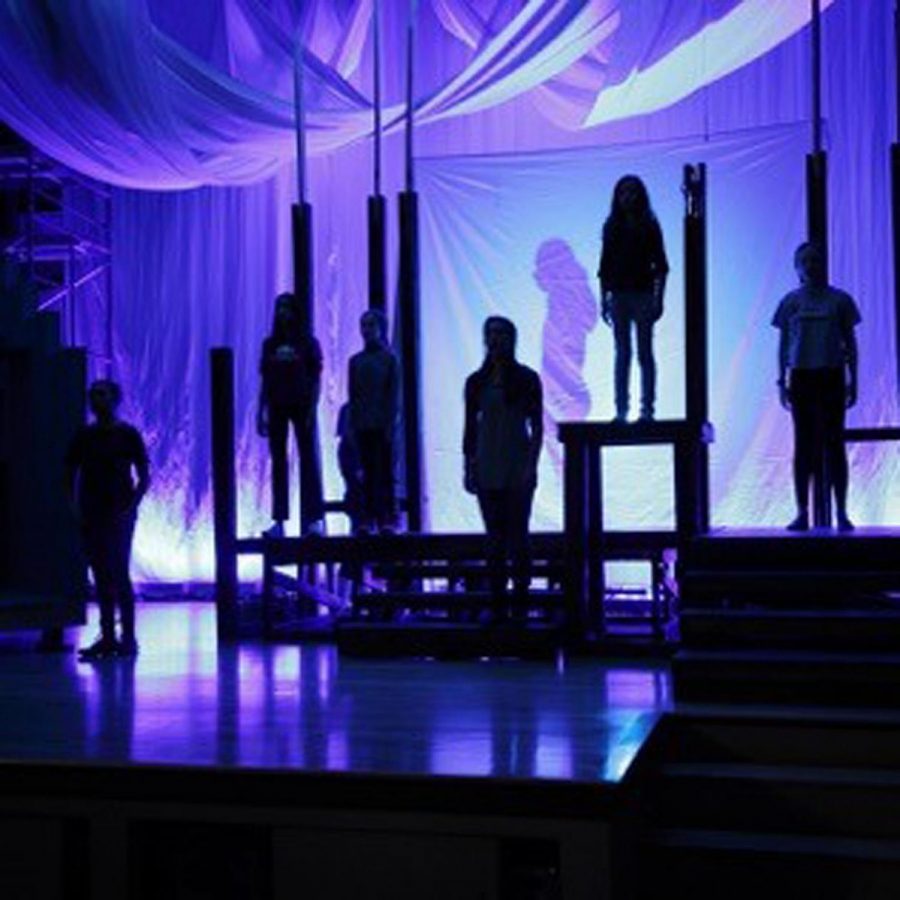 The cast of "Pinocchio" uses projections, ASL and advanced light technology to bring to life its rendition of the famous story.

The puppet who justwanted to be a real boy is bridging the gap between Deaf and hearing theater in a new adaptation of the famous “Pinocchio” story.

With a mix of Deaf and hearing actors, Neverbird uses American Sign Language and what it describes as “spectacle and wonderment” to communicate new perspectives on classic theatrical productions. Using ASL in all of its productions, the actors hope to bring the Deaf and arts communities together and give opportunity to Deaf actors, according to an April 4 press release.

Based on Carlo Collodi’s 1883 children’s novel “Pinocchio,” Neverbird’s production takes a different direction from the 1940 Disney interpretation that popularized the story. Co-director and co-writer Levi Holloway calls it a story of “loss and grief and what to do in its wake.” He first presented “Pinocchio” in 2016 at Bell Elementary School, which integrates Deaf and hearing students.

Julissa Contreras, a Deaf actress, will play the title character and Chris Chmelik, a hearing actor, will play Geppetto. All cast members will be signing throughout, Chmelik said.

Working with a Deaf actress is not different from working with a hearing one, Chmelik said, adding that he is excited to part of the cast.

To Holloway, creating relationships among the cast and crew members is the most important aspect of his job.

“I’m lucky enough to have become a better, more curious, eager and ambitious artist every day I’m in the rehearsal room,” he said.

Neverbird hopes to generate awareness of the Deaf community and its role in Chicago theater through its comprehensive use of sign language, Holloway said.

Corinne Bass, artistic associate for Neverbird and an advocate for accessibility in theater, said every theater company should strive for representation of all kinds.