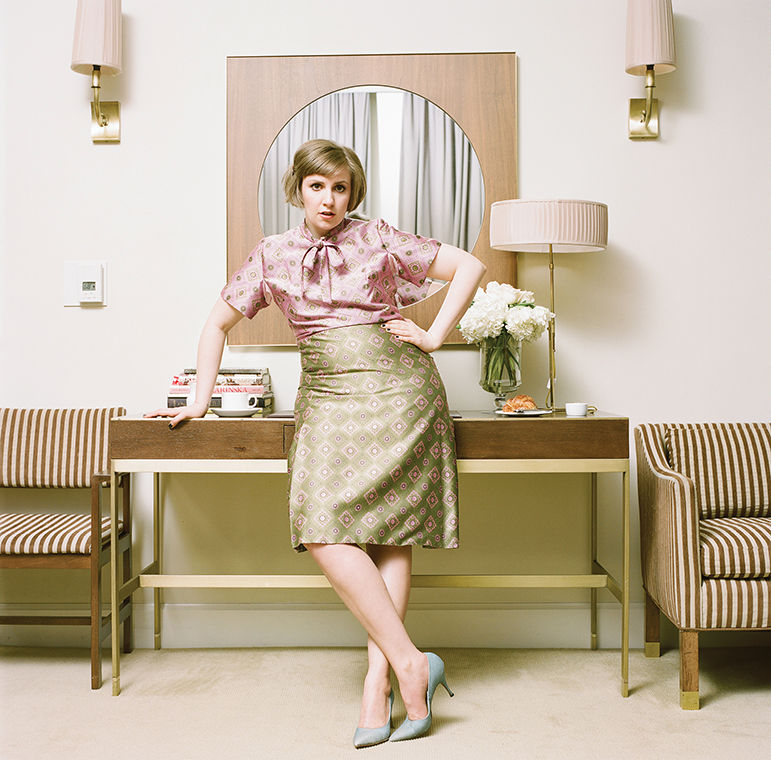 Actress Lena Dunham is one of many creative industry professionals who was chosen speak at the Chicago Humanities Festival.

The Chicago Humanities Festival is set to take place Oct. 25–Nov. 9 at Northwestern University, the University of Chicago and in multiple downtown locations.

Corrina Lesser, associate director of Programming and Education for the Chicago Humanities Festival, said the festival will be celebrating its 25th anniversary this year. The organization has grown exponentially since it was founded in 1989, she said.

“We were founded by a group of civic-minded and education-minded individuals,” Lesser said. “It began as just a one-day festival of ideas. Since then, it has grown to be more than 100 programs that runs three weekends and two weeks.”

The festival showcases a different theme each year, this year’s being “journeys.” Lesser said the festival organizers did not want to choose a mundane theme such as “celebration” or the color silver, which are usually associated with 25th anniversaries.

Lesser said there are six members of the Chicago Humanities Festival programming team. Each member is an expert in a different field, helping to bring new ideas for speakers to the table.

“We program about a year to a year and a half in advance,” Lesser said. “When we start with a given theme, there are certain types of programs and certain types of [speakers that we feel] should be a part of it.”

All of the speakers and events will revolve around the “journeys” theme. The Moth, a program of  Chicago public radio station WBEZ, will be holding a special Story SLAM at Martyrs’, 3855 N. Lincoln Ave., in honor of the Chicago Humanities Festival. A Story SLAM is an event at which people can put their names in a hat and possibly be chosen to tell a story based around a specific theme. Of all the people who put their names in a hat, 10 are selected to tell their story in five minutes or less. Members of the audience are chosen to be judges and name the winner of the StorySLAM for the night.

Tyler Greene, StorySLAM producer for the Moth’s events, said the festival organizers approached the Moth about working together, and Greene said the best way to make that happen was through a special StorySLAM showcase for the festival.

“The most important part [about StorySLAM] is that we are hearing true stories from people’s lives,” Greene said. “Everybody loves storytelling—it’s simple. They get to come and experience that and have a communal experience.”

Johari Jabir, assistant professor of African American Studies at the University of Illinois at Chicago, is speaking at the Sounds of Freedom event on Nov. 8 at the UIC Forum, 725 W. Roosevelt Road in the meeting room GHI. Jabir said he will speak about Rev. James Cleveland, who was considered to be a king of gospel music during the civil rights era.

“[I will be speaking] about a song [Cleveland] released in 1962 called ‘Peace Be Still,’ which was a really huge hit in the black community,” Jabir said. “My talk deals with the context of that song in the broader political context of the civil rights era of the 20th century.”

Jabir said eventgoers can expect to hear Cleveland’s music talked about in a different context than people are used to hearing gospel music be discussed. The tendency is usually to hear gospel music outside of the social-political context, Jabir said.

Lesser said festivalgoers can expect to witness amazing storytelling and to be exposed to new ideas they never expected to encounter.

“For [the festival staff], ideas and exploring what’s new in scholarship, what’s new in writing, what’s new in performing arts is really vibrant and vital,” Lesser said. “I think people will come away feeling exactly the same way. There’s a lot of amazing stuff happening and people wanting to get together and talk about ideas.”