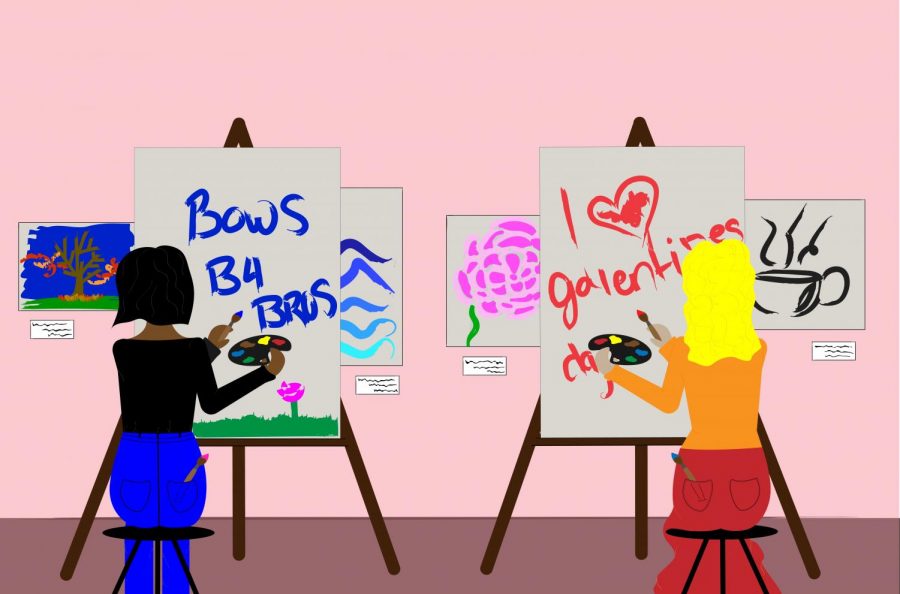 Whether it’s celebrated with mimosas, presents or waffles from JJ’s Diner, Galentine’s Day has become a trend for many since a February 2010 episode of “Parks and Recreation” coined the term.

Since its on-screen inception, Galentine’s Day has exploded into a fully-commercialized holiday, according to a February 2017 article by The Atlantic. Events have popped up across Chicago over the years to help celebrate female friendship and to raise money for women’s causes and nonprofits.

For the past three years, Feminist Happy Hour, a monthly comedy showcase highlighting female and gender-nonconforming comedians, has held a “BFF”-themed Galentine’s Day event that has grown in size and popularity each year.

Past iterations of the event featured a game styled after the tv show “The Newlywed Game” and a “best friends” photobooth.

This year, in its largest venue so far at The Empty Bottle, 1035 N. Western Ave., the celebration will have a pop-up market with women-run businesses, starting at 7 p.m. Feb. 13. There will also be two DJs throughout the night, as well as a comedy showcase that will feature female and nonbinary performers.

Half of the proceeds at the door, as well as the proceeds from a raffle, will go to A Long Walk Home, a Chicago-based nonprofit that uses art and therapy to work toward ending violence against women and girls.

Love Peridot, 1114 S. Delano Court, will also have a Galentine’s Day event Feb. 9 from 3–6 p.m. offering complimentary manicures and vintage pieces from vendor Pearled Shoebox Vintage. Portions of each purchase will go to Project Style, another Chicago-based nonprofit that uses fashion as a way to empower and boost the self-esteem of disadvantaged youth, especially young girls.

“It’s just an opportunity for us to pour into ourselves and into each other,” said D’Cher Whitaker, owner of Love Peridot. “We always make Valentine’s Day about our significant other, so I just wanted to make something where we can love on ourselves and not be so focused on another person.”

According to Swiz, events like these are opportunities to build community with other women and femme people. She added the goal is not to exclude men but to create an atmosphere that is not primarily for them.

“It’s still a subversive concept [even though] friendship among women is as old as humanity itself,” she said. “It’s in no way an unfriendly space to men. It’s a space that invites men to be more comfortable and more open to what feminine energy and feminine spaces bring.”

“I’ve been through my rough points, and my girlfriends are there for me,” she said. “[They’re] there to put me in my place and help and support me, and, in this day and age, we need to celebrate more of that.”