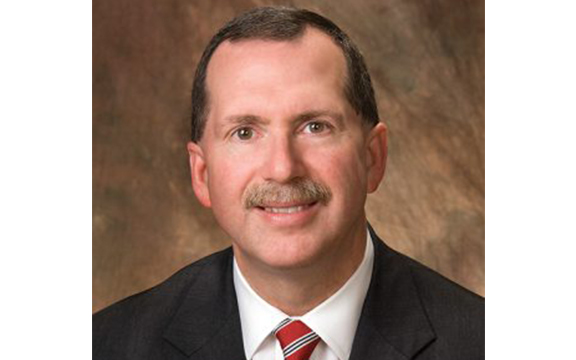 After nearly three years without a permanent provost, the college has named two finalists—both of them deans at prominent Midwestern universities.

Chris K. McCord, dean of the College of Liberal Arts & Sciences at Northern Illinois University, and Stanley T. Wearden, dean of the College of Communication & Information at Kent State University in Ohio, were introduced in a Jan. 28 college-wide email from the President’s Office, as reported online by The Chronicle on the same day. Both candidates will visit the college to meet with students, faculty and staff in the coming two weeks.

McCord’s presentation is scheduled for Feb. 4 at 3 p.m. in Film Row Cinema in the Conaway Center, 1104 S. Wabash Ave. Wearden will give his presentation Feb. 11 at 3 p.m. in the Getz Theater in the 11th Street Campus Building, 72 E. 11th St. Both candidates will speak to the topic of “Challenges facing higher education in the 21st century.”

Unlike Kim’s inauguration last semester, the provost presentations will not be streamed online.

McCord has been dean of the College of Liberal Arts & Sciences  at NIU for more than six years. He holds a doctorate in mathematics from the University of Wisconsin-Madison and a Bachelors of Science in mathematics and physics from Bowling Green State University, according to NIU’s website.

According to his curriculum vitae, an outline of his educational and professional history, McCord was responsible for working with other deans on cross-college initiatives, engaging with employers and partners in DeKalb, Ill. and managing a budget of approximately $68 million.

Wearden has been dean of the College of Communication & Information at Kent State for more than four years. As dean, Wearden managed a $31 million dollar operating budget and established a college fund balance of more than $4 million, which he used to increase the size of the college’s School of Library and Information Science, according to his CV.

Wearden holds a doctorate in mass communication research from the University of North Carolina at Chapel Hill as well as a Master of Science in journalism from West Virginia University, according to Kent State’s website.

During the candidates’ presentations, attendees are encouraged to ask each candidate questions, according to a statement from President Kwang-Wu Kim. Kim could not be reached for comment as of press time.

Nicole Carroll, a junior fiction writing major and president of the Student Government Association, said she wants to see a new provost with a background in the arts and the ability to foster cross-departmental collaborations. Carroll said she hopes the new provost will create curricula that provide more options for students and gather more student input before making significant decisions.

“[The provost] should be open to suggestions and take into account what students are saying,” Carroll said.

McCord and Wearden stood out from their competitors because of their previous leadership roles in academia and their understanding of the structure of higher education, said Onye Ozuzu, a member of the provost search committee and chair of the Dance Department.

Ozuzu said it is important that the provost has a forward-thinking attitude about forming new curricula and that he can work with Kim to design curricula for students.

“[McCord and Wearden are] prepared for the post as provost based on their resume,” Ozuzu said. “While the two men are very different, they’re unified in their intelligence and … being very visionary in looking at a changing landscape for higher education.”