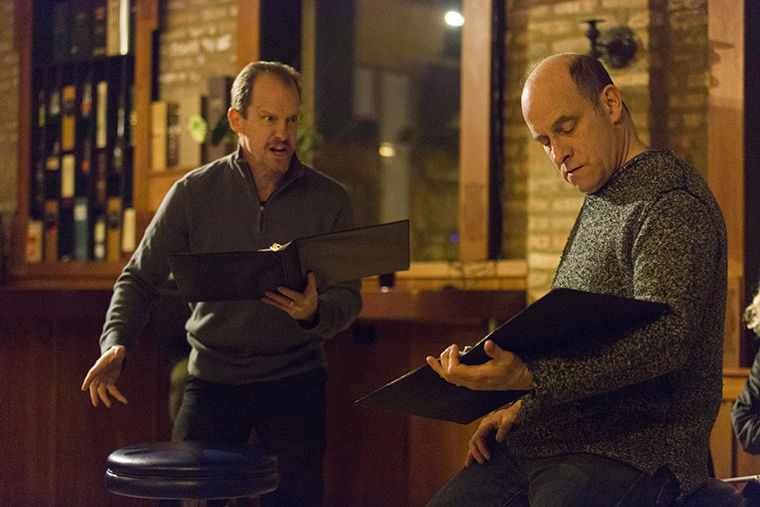 The Irish Theatre of Chicago will be showcasing a monthlong series of the Irish arts at Chief O’Neill’s Pub and Restaurant, 3471 N. Elston Ave.

Upstairs in Avondale’s Chief O’Neill’s Pub and Restaurant, bar banter from patrons is not the only sound echoing around the blue and red walls.

From Feb. 9 through Feb. 24, the Irish Theatre of Chicago is hosting The New Irish Voices Festival at Chief’s, 3471 N. Elston Ave., with Irish playwrights from across the globe staging readings.

Artistic director Michael Grant said the festival’s purpose is to showcase the work of up-and-coming playwrights.

“It’s easy enough to look at [famous Irish playwrights] and find a tremendous amount of material,” Grant said. “But it’s important to identify and grow our relationships with new writers.”

In the past, the Irish Theatre of Chicago produced the Three Pints Reading series, which had “music stand style readings” with minimal stage elements, Grant said. This festival will   allow the ensemble to take it to another level, he said, by staging full-scale performances.

“These are untested plays. In some ways they’re not even in   fully published form where there are stage directions,” Grant said. “It makes more sense for us to  jump up on our feet and start to try and bring it off the page, so  we get a better sense of what this is.”

After the readings, the discussion will continue downstairs at the bar to open up dialogue about the pieces and allow the audience to give insight on how they could be improved, Grant said.

“We like to create an environment where we perform in more intimate theater spaces [and] try to draw the audience into the world of the play,” Grant said. “We judge how much the audience was drawn into the piece.”

Each reading will have an Irish theme, said Kevin Theis, an ensemble member with the Irish Theatre of Chicago.  Theis will be directing “The My Way Residential,” a dark comedy about an older Irish woman being forced into a retirement home by her daughter.

Theis said these themes are part of what makes Irish literature among the strongest in the world.  It has a little bit of everything—mixing poetry, language, terrific characters, humor, pathos and drama, he added.

“Irish writers, I don’t know what it is in the water over there, but there’s something really special about Irish-themed shows and the works that come out of that country,” Theis added.

Another ensemble member,  Carolyn Kruse, is directing “O Do Not Love Too Long,” a dark comedy about a  faded London musician whose health has deteriorated    and who wants his daughter to move back home to care for him.

The Irish plays provide compelling stories that cannot be found otherwise, she said.

“[Art is supposed to] touch another human, another audience member and cause them to feel and tap into their spirit,” Kruse said. “The Irish are known for their storytelling, and any story that can deeply affect  someone is a success.”