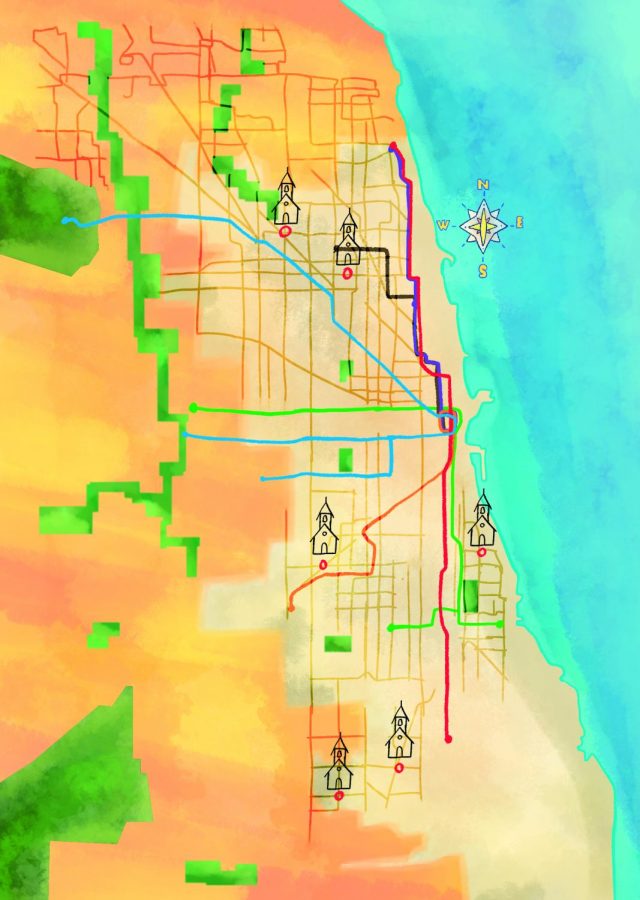 Chicago Public Schools announced it will be joining the Lead Higher Initiative, a partnership with Equal Opportunity Schools—a nonprofit that helps give high school students of all backgrounds access to accelerated courses—according to an Oct. 26 CPS press release.

CPS became involved with the initiative after noticing a lower level of minority representation in college-level classes in district schools, the press release stated.

The selected schools are a mix of selective-enrollment and neighborhood schools. Principal Peter Auffant at Mather High School in West Ridge said he was pleased that Mather—a neighborhood school with almost 1,500 students—was chosen.

“Mather is the most diverse high school in all of Chicago—with [more than] 60 languages spoken and 140 nations represented,” Auffant said. “The diversity of the students is what makes the school strong. I believe we were chosen because we have a lot of characteristics that make for a positive implementation of any new program.”

Auffant said he is interested to see how the initiative addresses income disparities among students, which are not as physically evident as race.

King College Prep, which currently offers 15 college credit courses, is one of the selective -enrollment schools chosen for the program, Principal David Narain said. King’s student body is almost 100 percent African-American, so racial disparities in access to college level courses is not an issue, he added.

Narain said that while 100 percent of King students are accepted into a four-year college or university, only about 20 percent of the 80 percent of students taking AP exams  earn a high enough score to receive college credit.

“My conversation with [Equal Opportunity Schools] was more about avenues to improve our student success rates on those [AP] exams,” Narain said.

Each school will work with the initiative to analyze its equality landscape and define the causes of participation gaps. Then, schools will develop a strategy to address barriers to participation, set enrollment goals and recruit students who could benefit from AP or  International Baccalaureate.

In 2017, more than 43 percent of CPS graduates earned one or more college or career credentials through IB, AP or other programs, according to the CPS press release.

“Opportunity precedes achievement, so our goal is to close the opportunity gap with the fundamental belief that students, when given the opportunity, will achieve and succeed,” Rabkin said.