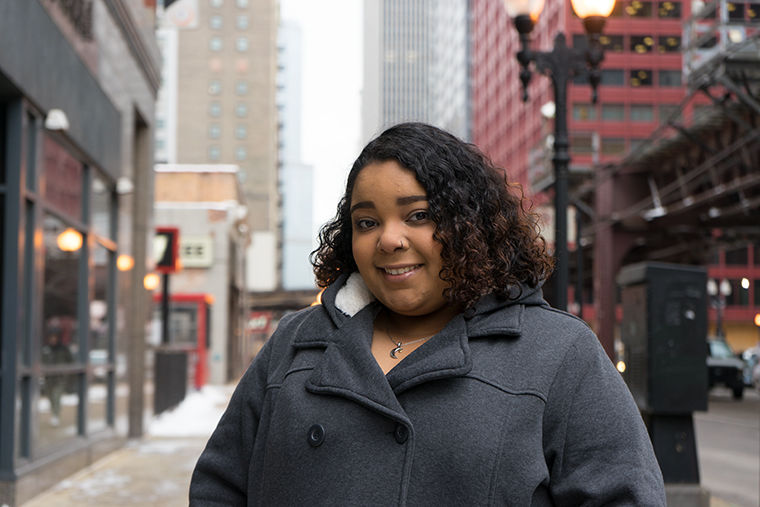 Jazmine Marie Cruz, student at Roosevelt University, is the organizer for the Young Women’s March 2019.

When it was announced Chicago would not hold a 2019 Women’s March, a Roosevelt University student knew she had to do something to change that.

Freshman Jazmine-Marie Cruz noticed on the Women’s March National website that she could hold a sister march, so she immediately applied. Chicago will now be represented Jan. 19 alongside countless other cities across the nation. This will be Chicago’s first youth-led Women’s March.

“I saw that people were really disappointed [the march was not happening],” Cruz said. “It’s really important that Chicago is represented because we are so diverse and inclusive.”

The rally is set to begin at 10 a.m. at Federal Plaza on South Dearborn Street. The event will include a diverse assembly of youth speakers, according to Cruz. Once the speakers are finished, an informal march to Trump Tower will be held for those who wish to participate.

Cora Hayworth, an original youth ambassador for Women’s March, will be speaking at Saturday’s event. Hayworth, 15, did not know Cruz prior to planning the march but was introduced to her through multiple organizations, including Moms Demand Action For Gun Sense in America.

“[By] being involved with the Women’s March, I have learned sometimes people are in it only for the moment,” Hayworth said.”But it’s good to figure out when things are going to be a movement because movements are going to actually make a change.”

Since the initial application and contact with Women’s March National, the organization has helped Cruz throughout the planning process. Chicago-based human rights organizations GoodKids MadCity, Ladies of Virtue and ADAPT Chicago have also helped Cruz bring the march to fruition. Each organization has provided a speaker for the event, Cruz said.

When plans for the sister march began, Cruz expected only her college friends to show up, but in the past two weeks, the expected attendance has grown to more than 1,000, based on Facebook RSVPs.

“I didn’t know it would grow to this magnitude, but I’m so grateful and happy it did,” Cruz said. “I hope to inspire other girls like me.”

Kylee Traylor, who is also a freshman at Roosevelt University, had a hand in the planning process. Traylor said she mapped out the march route to Trump Tower that will follow the rally.

“If you [come], you won’t regret it,” Traylor said. “[But] if you stay inside, get a couple more hours of sleep and miss it, you’ll regret it more than anything.”

After attending a march in Milwaukee last year, Cruz said she was inspired to see women come together to fight against hate and bigotry, and she would like to emulate that experience with her own march.

“Nobody was happy with the way things were going. It was a good outlet for people,” Cruz said.“I’d like people to understand that your voice does have power.”

Cruz encouraged participants to bring signs to the event and to dress appropriately for the January weather. If participants cannot bring signs or forget their signs, ThoughtMatter, a New York-based branding design studio, is providing 500 free signs for attendees.

Women’s March is a perfect march to attend for those who have not previously attended a march because they can experienceempowered people coming together in solidarity, Cruz said.

“There’s no judgment. It’s a very safe place for you to tell your feelings [and] say that you’re frustrated with the world,” Cruz said. “I understand; we understand. It’s OK to be frustrated.”