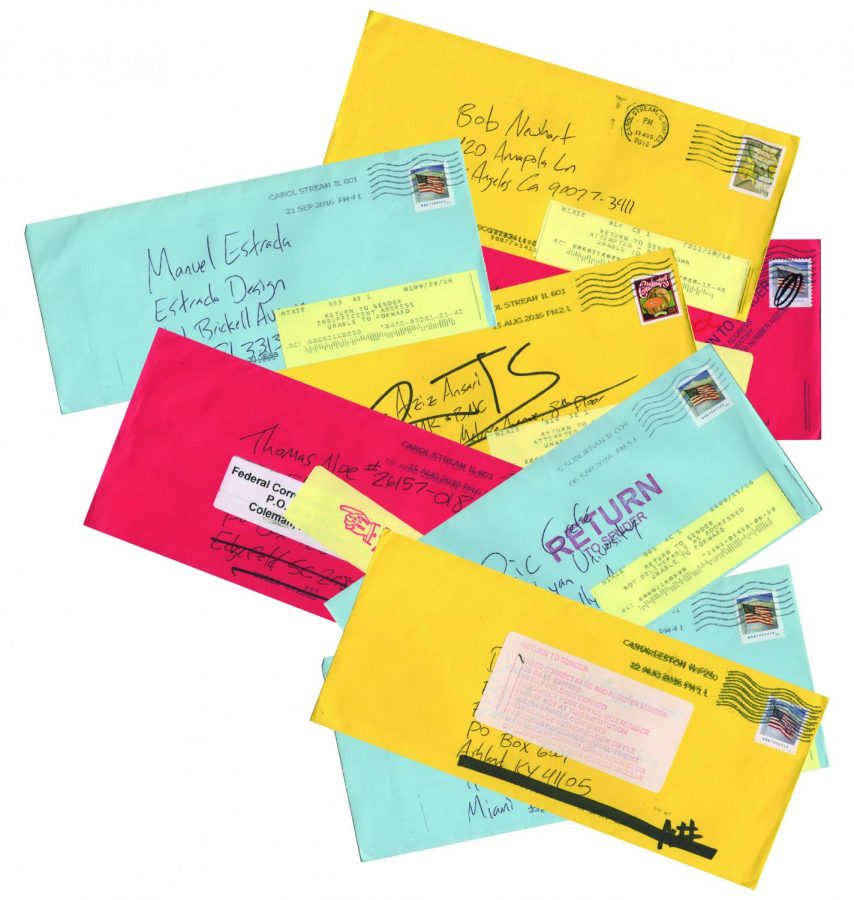 Tanner Woodford has been on a quest—not to find the Holy Grail or blow up the Death Star—but to answer one enigmatic question since April 2016: “What’s Worth Preserving?”

That question is also the title of a forthcoming book, which includes 50 handwritten responses to the inquiry and is being financed by Woodford with an ongoing Kickstarter campaign. Woodford, founder of the Chicago Design Museum, 108 N. State St., has received responses from friends, family members and two inmates.

“There’s an interesting intersection between the things people want to say and the way in which they express them,” Woodford said. “[You learn from] the way your handwriting is expressed … your logo design on your letterhead, the envelope you choose—that sort of thing. But also, are you looking at this lightly? Are you thinking about preserving emotions and feelings, or is it a real sort of tangible thing like strawberry preserves, or is it an artifact?”

Woodford did not just throw out strawberry preserves as a random example. Matthew Hoffman, a local installation artist, custodian of the You Are Beautiful project and longtime friend of Woodford, sent a year’s supply of the sweet stuff in answer to the question.

“Knowing Tanner personally, he’s very nostalgic and holds on to many, many things, and I’m very [much] the same way,” Hoffman said. “[Amazon sent the preserves] completely anonymously, so my name wasn’t on there anywhere. But what’s funny is [Woodford] texted me right away. He knew exactly who it was from.”

Woodford said he received responses from a broad range of people including two inmates—one incarcerated for three homicides and the other for a nonviolent offense—and 92-year-old Art Paul, the original art director for Playboy who lives in Chicago.

Paul’s response was quite emotionally resonant, Woodford said. Paul has poor eyesight in his old age but still contributed a letter. His wife added a more legible, typed transcript to the corner of it, Woodford explained.

“[Paul’s letter] creates such a powerful image,” Woodford said. “It really makes me think about somebody who’s trapped in their head [and] is incredibly wise and intelligent and witty, and seeing how they communicate.”

Hoffman said he was impressed and surprised by some of the people Woodford got responses from and suspected that receiving Woodford’s handwritten letters in lieu of canned emails influenced some of the more high-profile responders.

“It’s interesting to get a handwritten letter in the mail,” Hoffman said. “Just that alone—to come home to that surprise of a tangible thing that’s not a bill—is a pretty cool thing.”

Not only are mailed letters novel in this day and age, but they fulfill human needs that emails cannot, said Jason Routhier, design director for RouthierHolmes LLC, a Burlington, Vermont, design firm. Routhier contributed to the Kickstarter campaign.

“There’s something about handwritten letters,” Routhier said. “There’s a warmth and emotional value in that that doesn’t translate into the digital world.”

The book’s Kickstarter campaign runs through Oct. 20 and is looking for $21,450 for manufacturing and distribution costs; as of press time, 122 backers contributed $8,173. Any money raised past the goal will go to the Chicago Design Museum, which was also started by Woodford through a Kickstarter campaign in May 2014.

A pledge of $10 nets a PDF copy of the book, while a signed copy of the physical book with a PDF copy costs $35 for early backers and $40 for everyone else.

“We’re always asking ourselves what’s worth doing or what’s worth being a part of,” Hoffman said. “There’s a whole other level or caliber of things that are worth remembering, worth preserving and worth sharing.”