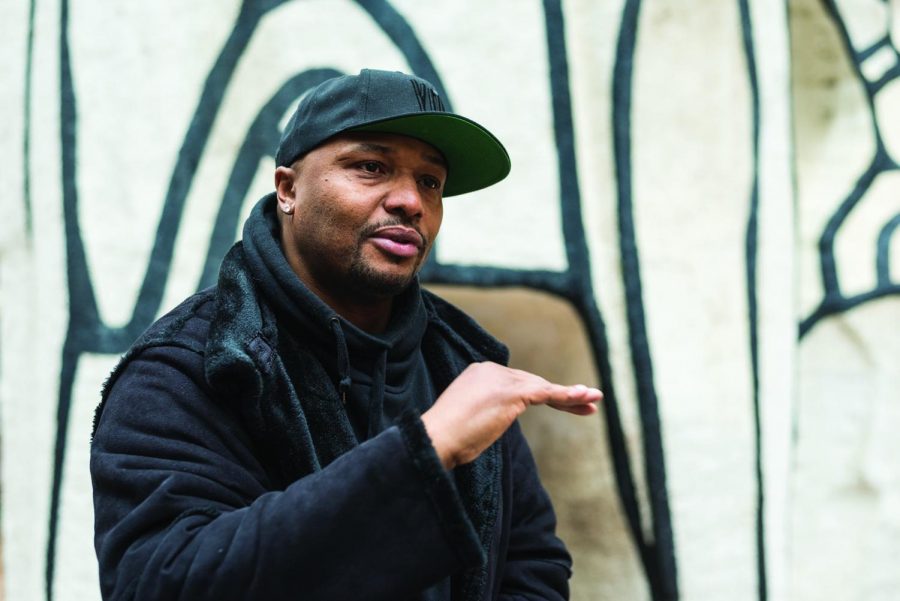 Six-time Grammy award winner Malik Yusef has worked with musicians such as Kanye West, Beyoncé and Common. He won his latest Grammy for co-writing “Sandcastles” with Beyoncé.

If the name Malik Yusef does not ring a bell, his collaborations with artists Kanye West and Beyoncé will. The six-time Grammy-award winner and South Side Chicago native has worked with several A-list stars, using his skills as an avant-garde spoken word poet to write music.

Yusef said he makes music to disturb the comfortable and comfort the disturbed. This mindset is illustrated in his collaborations on The Life of Pablo and My Beautiful Dark Twisted Fantasy, among other West records. He pushed the boundaries of language and sound when he co-wrote Beyoncé’s “Sandcastles.” He has also worked with Chicago rapper Common and is affiliated with Wiz Khalifa’s Taylor Gang.

The Chronicle spoke with Yusef on his Chicago roots, his work alongside Beyoncé and West and the evolution of hip-hop.

THE CHRONICLE: What made you want to pursue music?

MALIK YUSEF: I had a natural knack for the poetry and also the melody part; I didn’t want to pursue it until I got around musicians who were actually living the lifestyle. It was more of an environmental thing, being around different things and being involved with different people leads to different actions and thoughts.

What music inspires you?

I’m pretty diverse in my tastes, [as with] all things in life. If I am traveling, I like to go different places. Things serve their purpose at a certain time. I don’t think it serves us well as humans to settle in on a decision to this thing over that thing, this style over that style, this color over that color, because diversity is what makes our brain grow.

How has growing up on the South Side influenced your music?

It’s given me a broader scope to speak about, a broader tapestry to draw from: the struggles of being a kid on the South Side that’s pretty much [deprived] of resources—when the dad is trying to keep the lights on working four hours away from home because he couldn’t get the closer jobs. It’s aided my understanding of how politics work.

Did you’d ever think you’d be in the position you’re in today?

Never, never thought it. I always knew I would be a person of some sustainable authority, some considerable influence, but I never thought it would be through the arts. Thought I’d be more of a business mogul. My dad’s in construction so I thought I would make it big into the construction world, but it turns out that it’s more that I construct ideas and modulations. I don’t do anything that I’m not passionate about. If I’m going to be around people, I want to be around people who are passionate. I’m thirsty, I’m hungry for those people.

How would you describe working with Beyoncé on “Sandcastles”?

A dream come true. Beyoncé is probably one of our greatest living artists. To be able to contribute anything and to be in her presence in any wayis a blessing.

What was it like working on My Beautiful Dark Twisted Fantasy?

It was hard, it was difficult. Working with Kanye is always difficult. I still don’t understand Kanye, who he is. I find, as our relationship goes on, I understand him less and less. He’s enigmatic and he’s genius, but sometimes geniuses can hurt themselves, too. I try and stay there so he does less harm to himself and the most good as possible at the same time.

Where do you think hip-hop is going?

It continues to grow, emerge and change, like how women’s fashion has changed over the world, over time periods. Hip-hop does the same thing. It goes through these ups and downs and these peaks and balances. It’s almost like the time of petticoats is done away with, and now [it’s] the age of the miniskirt and we’re going to find a happy medium between the both.

Hip-hop is music, so it’s a very feminine art. No matter how many men do it, it’s such a feminine art. It’s so alluring and beautiful. Without women, there could be no world, obviously. Hip-hop is very much like that: It’s like a mother, a giver of life. The woman’s body is designed in a miraculous, mysterious way. Two drops of chemicals and nine months later, it develops another human. Hip-hop is like that. A beat and some words produces a song.  It [takes] nine months sometimes,  sometimes one day, but it does the same thing—it gives birth.