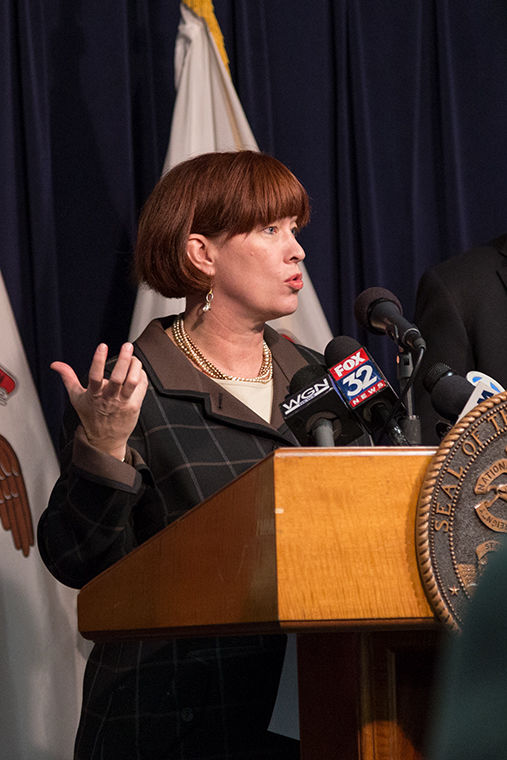 “I want to stress [that] this is not a pro-pot movement,” Steves said. “This is an anti-prohibition movement.”

While there are several reasons to legalize marijuana, Steves said a primary reason for his advocacy is that criminalization disproportionately targets minorities.

Steves explained that he became aware of the bias against minorities through conversations with law enforcement officials when he advocated for marijuana legalization in Washington. He said officials could not believe that a “well set -up white guy in the suburbs [who] could smoke pot with little discretion all [his] life” would care about this issue.

“That’s exactly why I care about it,” Steves said. “Seventy-thousand people are locked up in our country every year; 700,000 are arrested for possession of marijuana—non-violent crimes—[and] they’re not rich white guys; they’re poor people, and they’re black people. It’s amazing that this is going on in our country right now and there is a way out of this.”

Both Steans and Cassidy have introduced legislation, Senate Bill 316 and House Bill 2353, respectively, which would make marijuana legal for adults aged 21 and older to buy and possess up to 28 grams or grow five plants. It would also allow the state to license and regulate businesses to cultivate, process, test and sell marijuana and create and enforce health and safety regulations, such as testing and labeling requirements.

“Prohibition simply does not work,” Steans said. “In Illinois, it’s estimated that about 750,000 people use cannabis right now; yet, we only have about 24,000 people with medical cannabis cards.”

Legalizing marijuana for recreational use has been proven to work in other states, Steans said, and in Illinois, it could generate $350 million to $750 million in annual tax revenue. It will also improve public safety because the product’s quality will be regulated, and it would strip away from a dangerous black market, she added.

Cassidy said they are crafting the proposal carefully, incorporating all perspectives and looking at other states that have legalized marijuana as models.

Public opinion in Illinois is in favor of legalization. According to a March 27 Paul Simon Public Policy Institute poll, 66 percent of Illinois voters support legalizing marijuana for recreational use if it is taxed and regulated like alcohol, while only 31 percent opposed it.

Cassidy said the bills are a public safety, public health and tax and regulation law, and both her and Steans’ children are in high school and said they can get marijuana easier than alcohol.

“The primary goal here is keeping [marijuana] out of the reach of kids, and you can do that a lot better in a regulated environment than you can in a black market,” Steans said. “That’s why we’re taking a deliberate, long-term approach to getting this [law] in Illinois.”

Steves emphasized that marijuana can be harmful and even abused, but it will not go away if simply made illegal, and those who want to smoke it will smoke it regardless. Legalization and regulation will not only take down its black market but also help adults communicate with young people on this issue, he added.