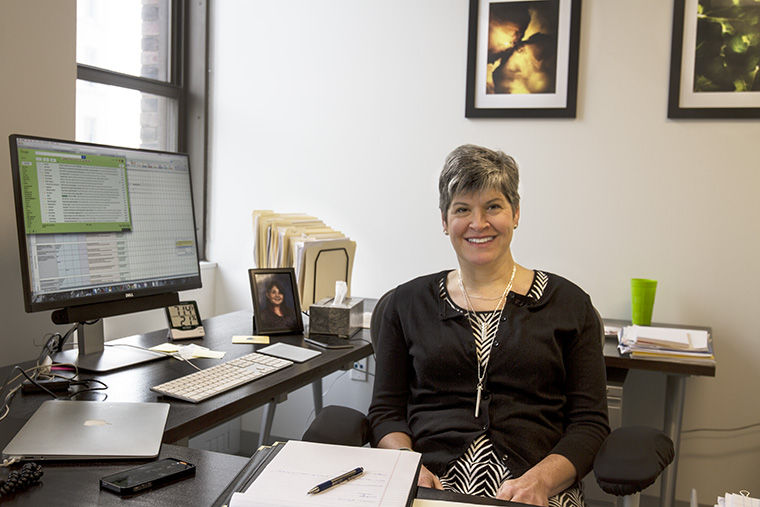 Deborah Maue, vice president of Strategic Marketing & Communications, has been working with third party firms to help rebrand the college.

As the college works to recraft its image, select students were invited on Jan. 13 to participate in a paid survey that sought feedback on two proposed branding ideas, according to Deborah Maue, vice president of Strategic Marketing & Communications.

The emailed survey was conducted from Jan. 18–20 and  targeted undergraduate students, prospective students and prospective parents, according to Maue. The survey was hosted by a third party site, itracks, an online and mobile market research company based in Saskatoon,

According to the email, the college sought feedback on two “creative concepts” for marketing the college through online discussions. A $75 incentive was offered for participants’ time.

Maue said she and her colleagues have been working for the last few months with Ologie, a branding and communication firm based in Columbus, Ohio. She added that Ologie helped the college develop a messaging strategy that later helped them create visual ideas to enliven the college’s brand.

Those who received emails were prompted to answer a series of questions gathering basic information like gender, major and hometown in relation to Chicago. After the first round of questions, students were either redirected to another survey, or thanked for having  participated and could not continue.

Becky DeVries, a sophomore business & entrepreneurship major, was unable to participate after completing the first survey.

DeVries said the lack of instruction following the first round of questions made it difficult to determine if she had qualified, adding that she was let down because she thought participating would be “worthwhile.”

“Branding has been a big part of my focus. Branding Columbia would have been a cool thing to work with,” DeVries said.

Maue said a diverse group of participants of various genders, ethnicities and majors were selected to  represent the college. She said the

$75 incentive was offered to encourage participation.

“It’s a wonderful idea to involve Columbia students in this branding initiative. I have done it myself in several of the classes that I teach where students develop strategies for Columbia College entities,” said Sandra Kumorowski, assistant professor & coordinator of the Entertainment

Marketing Courses, “Columbia students are extremely smart. The fact that they are being offered a $75 honorarium shows that [the] Columbia College administration recognizes and values their opinions and ideas.”

According to Maue, the survey was the first focus group that was part of this project. The goal of this discussion was to find a new creative concept for the college, similar to the “Live What You Love” campaign that ran a few years ago.

The process is moving at a steady pace, she added.

“In February, Ologie will be coming back to us with a recommended campaign theme and it won’t be one of the ones we saw before; it will be a modified version,” Maue said. “A group of about 25 of us, including faculty, staff, administration, student government representation…will see that and will sign off on it and Ologie will actually go into production of new and prospective student recruiting material.”