Faculty’s art installation to be featured in CTA station 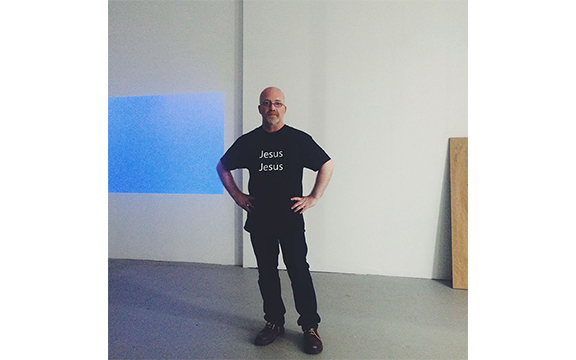 As one offour artists selected by the Chicago Transit Authority, a Columbia adjunct professor will participate in the creation of new art installations for several train stops across the city.

Matthew Wilson, adjunct professor in the Art & Art History Department was assigned the Diversey Brown Line stop in Lakeview, one of the four selected installation sites. Wilson said he plans to create a mural or mosaic tile piece that speaks for the past and present community in the area.

Wilson said he plans to gather information about the neighborhood and stories of immigration by conducting interviews with members of the community at a future CTA public hearing about the project.

At the hearing, the date still yet to be determined, Wilson said he will ask attendees where they were born and how it feels to live in the neighborhood.

Wilson said he does not know the exact location inside the station where he will be installing the work, which will play a large role in how the finished piece will look. He added that he anticipates  starting work on the installation in spring 2017.

Wilson said he sought the commission, competing against almost 350 applicants, because the space allows a large and diverse group to view and think about his work.

“If you only work for art audiences, the specific ones that show up at galleries, important though that is, it is still a narrower group of people that you could … make contact with in the public sphere,” Wilson said.

Wilson’s project is part of an initiative started by the CTA in 2011 to incorporate art by local, national and international artists into train stations according to the CTA website.

“The addition of artwork to rail stations and bus terminals not only helps promote a friendly, inviting atmosphere, it also  helps contribute to the identity of the surrounding area,” according to a Nov. 14 emailed statement from CTA Vice President of Communications Brian Steele.

Mike Bieniek, Lakeview resident of about 35 years who frequently uses the Diversey station, said the neighborhood has a rich history and he would like to see art provide something educational about the area he grew up in instead of advertisements.

Wilson, who emigrated from the U.K., also plans on using the installation to speak about the value that immigrants from other countries and other states around the U.S. offer to culture.

“As an immigrant in this country, I really hope to find out where this country, through all these stories and this community, is at right now,” Wilson said. “Half the country believes this is a time of upheaval and great anxiety. By making this art, talking to people and finding out where we all come from, I’m hoping I get a sense of hope and optimism back.”