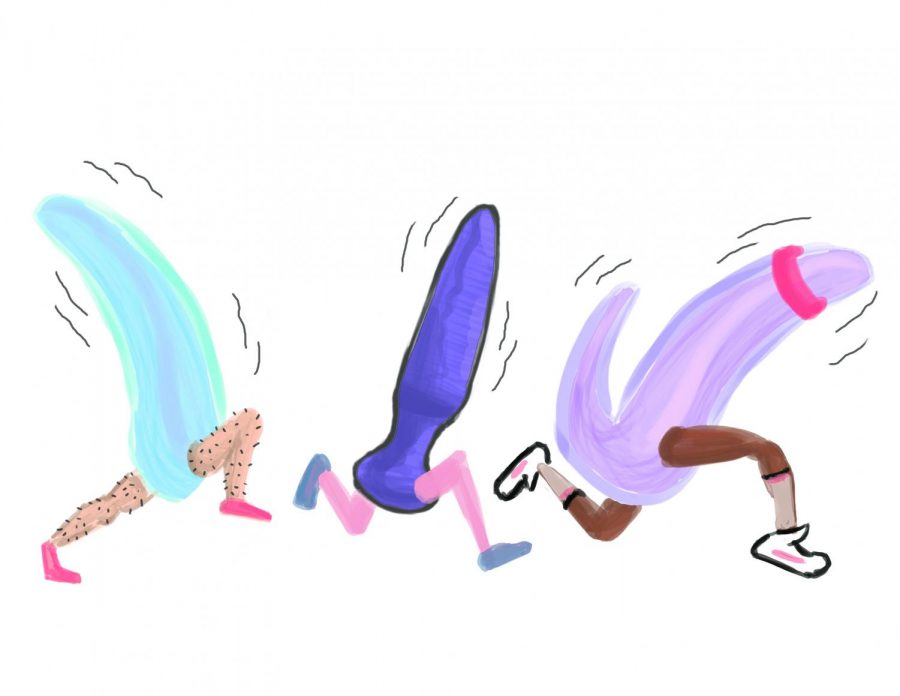 Sebastian, who co-organized the Feb. 16 event, said the idea came from former Illinois State Senator Gary Forby, who raced vibrators for his primary fundraiser, though the politician was not necessarily an ally to women or progressive causes. Sebastian decided to take back the cause and use vibrators to promote reproductive freedom.

“Although we are in some ways more equipped to fight in Illinois because we are used to being a more open state, the anti-choice politicians here feel galvanized,” Federle said. “The political culture will continue to be toxic for women’s reproductive choices, so this is probably the most perilous time of my personal life.”

Fellow co-Chair Aileen Kim said safe spaces for women in Illinois are being threatened. Because the organization assists women from neighboring states, the pressure is on to keep Illinois accessible for women in the region.

These races are a new fad, with competitions everywhere from Las Vegas casinos to bachelorette parties. Vibrators are placed on a slanted table or track and vibrate to a finish line.

The council wanted to bring attention to the newly elected officials pushing to take away reproductive healthcare, Kim said, and showing the “least favorite anti-choice dick” was a perfect fit.

The Race for Choice event, at Big Chicks, 5024 N. Sheridan Road in Andersonville, is new for FVC, but Sebastian said she hopes it will become a regular event and attract a younger, more active audience.

Joyce Schorr, president and founder of the Women’s Reproductive Rights Assistance Project in Los Angeles, California, said men’s responsibility on abortion is not often discussed and needs attention, especially now when Vice President Mike Pence and his religious supporters have been outspoken about eliminating Roe v. Wade, among other women freedoms.

In over 25 years of work in reproductive rights advocacy, Schorr has seen men profit from legal abortions, abandon the woman and “are getting away with what no woman would ever be able to get away with with.”

“The men need to be more active and supporting the right to abortion—not just because you are going to have sex with somebody, but because it benefits them and I am tired of the men getting off,” Schorr said. “It is not written that sex is just relegatedto the woman. It takes two.”

“Men have to step up and become part of the solution here,” Murphy said. “Women are being saddled with all the downsides of pregnancy and childbirth, and the men can just walk away from it.”

He noted the anti-choice perspective is often old white men attempting to narrow women’s choices, such as one of Illinois’ most loud supporters of anti-choice, Joseph Scheidler of the Pro-Life Action League, which supports defunding Planned Parenthood.

“Why is this old white man trying to make decisions on how women should live their lives and manage their healthcare?” Murphy said.

But while the issue walks a bumpy road, Federle indicated there may be hope. HB 40 in the Illinois House—which strikes the “trigger” provision in the Illinois abortion law and affirms that Illinois will not go back to the pre-Roe days of illegal abortion—currently currently has 8,000 witness slips.