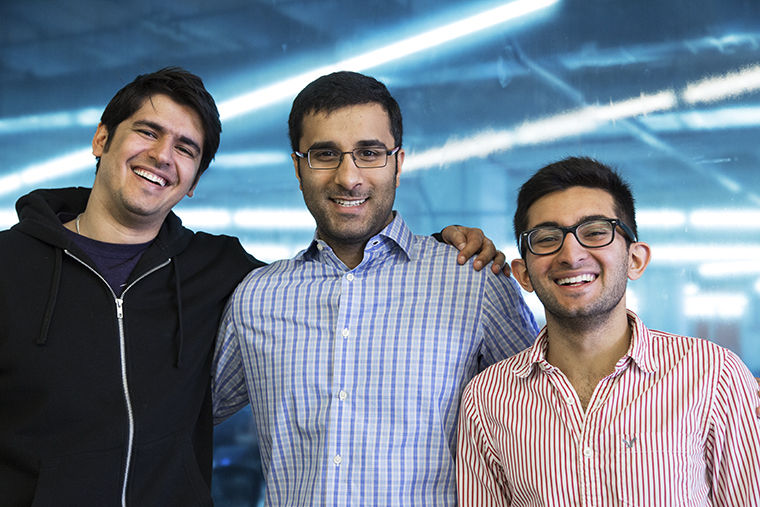 Georama, an interactive virtual travel company, is partnering with Lurie Children’s Hospital, 225 E. Chicago Ave., to take patients who cannot leave the hospital on virtual adventures around the world.

Georama and Lurie Children’s kicked off their partnership in December by bringing the Christkindlmarket to patients at the hospital. The footage of the market was live-streamed to patients, and the children were able to interact with Christkind, the marketplace’s mascot, by calling a direct line while she gave a digital tour around the market, said Nihal Advani, Georama’s CEO and founder.

“On one end, there is a guide who has a wearable camera to share their perspective with viewers anywhere in the world,” Advani said.

Viewers can tune in live and interact with the guide in real time to control the experience, asking them “to basically show them something, or putting a question or suggestion.”

Lurie Children’s and Georama hope to host monthly events together in the future in order to bring more outside attractions to patients and their families. Advani said he would like to virtually take patients to Disney World.

Susan Ruohonen, director of Children’s Services at Lurie Children’s Hospital, said the hospital’s Children Advisory Board is in the process of deciding what Chicago events Georama should film and live-stream to the children.

“So many of our families don’t have the opportunity to explore all that Chicago has to offer [because] they have so much else going on in their lives,” Ruohonen said.

Georama started as a travel agency combining planning, booking and sharing all in one place, Advani said. Georama transformed into what it is today when it realized it had little leverage in the travel planning industry because there was so much competition.

“We always talked about our technology being used for some kind of social good,” Advani said. “And we had in mind children’s hospitals and old age homes.”

“Initially, [Georama] was trying to find places to stream, but now [Lurie Children’s is] helping us find where we should be going, using their partnerships and their resources,” said Aaqib Usman, interactive producer of Georama and a  2013 Columbia College alumnus.

Working with Lurie Children’s has opened a lot of doors for Georama because the hospital has a long list of sponsors and partners that  it can now work with, Advani said.

In the past, Lurie Children’s has worked with the Art Institute of Chicago, 111 S. Michigan Ave., the Shedd Aquarium, 1200 S. Lake Shore Drive, the Chicago Cultural Center, 78 E. Washington St., and  has had trainers bring animals to the hospital for the children to interact with. They have also had the Chicago Symphony Orchestra and Looking Glass Theater perform for the children.

Ruohonen said she is excited about the partnership because it allows the hospital to expand on what  it has already been doing. Lurie Children’s works with various organizations to bring the outside world to its patients.

By teaming up with Georama, Lurie Children’s hopes to not only bring Chicago to patients, but also to expose them to places all around the world, Ruohonen said.

One of Georama’s long-term goals is to have people travel to places like Africa in real time without leaving the country. If students are learning about Egypt or Rome in class, Georama wants them to be able to go on a tour of those places and interact with locals without leaving their classroom. Georama also wants to partner with schools to bring virtual adventures to students and enhance educational experiences, Advani said.

Last year, Georama filmed the Chicago Pride Parade on Belmont, Broadway and Halsted streets, which allowed people to participate in the event even though they could not attend. Advani said this year Georama plans to film and live-stream the Chinese New Year Parade in Chicago.