Dramatic, gritty ‘Joe’ anything but average 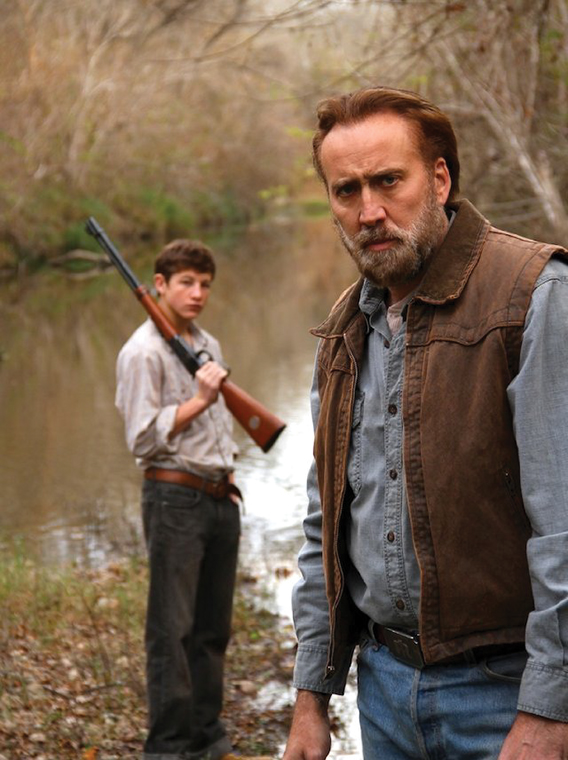 The rich character development in "Joe" makes it a must see

It is about time moviegoers saw Nicolas Cage in peak form again.

For years, he has been the butt of numerous jokes because of his stilted acting in films such as “National Treasure” and “Ghost Rider,” in which he appeared to show up just to claim a paycheck. But in his latest film, “Joe,” directed by David Gordon Green (“Prince Avalanche”), he reminds viewers of his acting ability by delivering a performance as memorable as his signature role in “Leaving Las Vegas.”

While “Joe” may not have the most robust plot, the ensemble’s performances redeem it. Set in a small Texas town, the film features Cage’s title character as a hardworking blue-collar guy with a history of violence and a hair-trigger temper that he wrestles with throughout the film. An ex-con who served time for assaulting a police officer, he has the unusual job of poisoning trees to weaken them so they can be cut down at a later date.

Joe hires an enthusiastic kid named Gary (Tye Sheridan, the break-out star of last year’s “Mud”), who is the backbone of his dysfunctional family, which includes Wade, an abusive father who is the town’s token drunk. Looking through garbage for food and aimlessly wandering the town, Wade is played by Gary Poulter, a real homeless man who died following the film’s completion in 2013.

Into this mix enters a mysterious stranger named Willie (Ronnie Gene Blevins), who creates turmoil in the town and starts fights with both Joe and Gary. After a nasty bar fight, Willie makes an attempt on Joe’s life, which sets off a violent chain of events that lead to the film’s shocking conclusion.

Sheridan emotionally grounds the film, making it more than just a revenge story. His character Gary attempts to protect his drug-addicted mother and disabled sister while refusing to give up on a relationship with his alcoholic father. Joe becomes the young man’s mentor and displays the compassion he has been looking for his entire life. Once Gary begins working for Joe, his life begins to turn around. It is enjoyable to watch their dynamic relationship develop.

Still, the story is somewhat disjointed, alternating between moments of genuine humanity and extreme violence as the film cuts from Joe and Gary’s budding relationship to Joe’s arrest after a bloody fight in a local brothel. Transitioning between the extremes can be jarring and creates an overall imbalance. Ultimately, the two story lines do not meld and whipsaw the audience between two very different kinds of films.

Cage and Sheridan have excellent chemistry. Whether they are sorting out their personal issues or just going for a drive, they play off each other well. Cage, who is widely known for being over-the-top, plays it modest. He never explodes, even when he becomes angry. It is refreshing to see Cage restrain himself in such a violent film, unlike many of his recent roles in which he shouts like a madman. Cage plays Joe with a quiet dignity that his recent characters have sorely lacked. In Sheridan’s case, though he is just a kid, the extent of his acting ability is truly showcased in this complex, dramatic role. He easily goes toe-to-toe with his older and more experienced costars.

“Joe” is an exceptional character piece viewers will enjoy if they can tolerate the film’s shaky trajectory. The nuanced acting and believable relationships compensate for the lack of cohesion , as viewers will likely remember the man but not the convoluted plot. The film, like the title character himself, is touching and heartfelt despite its rough exterior qualities.