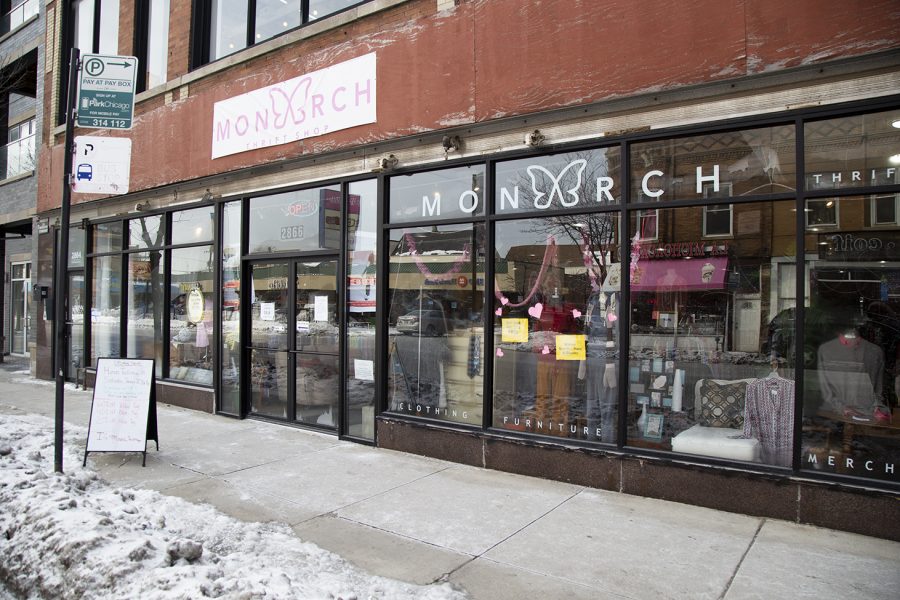 As part of Human Trafficking Prevention Month, the event was presented by STOP-IT, an initiative that offers direct service to survivors of sex and labor trafficking. STOP-IT is part of The Salvation Army and works with local, state and national partners to educate communities and raise awareness about human trafficking.

Monarch Thrift Shop, 2886 N. Milwaukee Ave., is a nonprofit organization with a mission to help rebuild lives of men who were formerly incarcerated, who are fleeing survival prostitution or who are battling addiction or homelessness, and get them back on their feet.

“We really are a leader in this movement in the city,” said Jackie Rachev, director of communications for the Salvation Army Metropolitan Division and  a 2000 broadcast journalism alumna.

Rachev oversees communication activities for the division, which covers 29 facilities and more than 50 different programs. STOP-IT is also a part of the Cook County Human Trafficking Task Force.

Chicago is one of the major entry points for victims of human trafficking, she added.

In 2017, there were 4,460 cases reported in the states, according to an article by WAND-TV. Among those cases, 3,698 of those affected were female, 607 were male and 53 were identified as gender minorities. Illinois ranked 10th among states for the number of reported cases for the first half of 2017.

“STOP-IT works really hard to empower these survivors to make decisions for the betterment of their own lives,” Rachev said.

Some of the organization’s services include providing survivors with resources, such as cellphones, clothing and food. Survivors also have the option to attend counseling, but it is not mandatory.

“Our participants dictate everything that goes [in] their service plans and what goals they want to achieve,” said STOP-IT Program Manager Elyse Dobney. “We have staff who can make recommendations for them, but it’s up to program participants [to decide] what they do and don’t do.”

Dobney said their goal is to help participants build independence from traffickers and eventually from the STOP-IT group.

“We are just doing our part as a small business that focuses on people over profit,” Fouche said. “For us, human trafficking is something that is happening frequently in Chicago. Most people don’t speak about it, but we know that it affects not just women but also men.”

The Human Trafficking 101 conversation took place at Monarch Thrift Shop because of its connection with Emmaus Ministries, a group that provides outreach to men on the streets who are facing survival prostitution.

“It’s important for us to get the word out and say that it is also happening here in Chicago,” Fouche said. “So keep an eye out.”