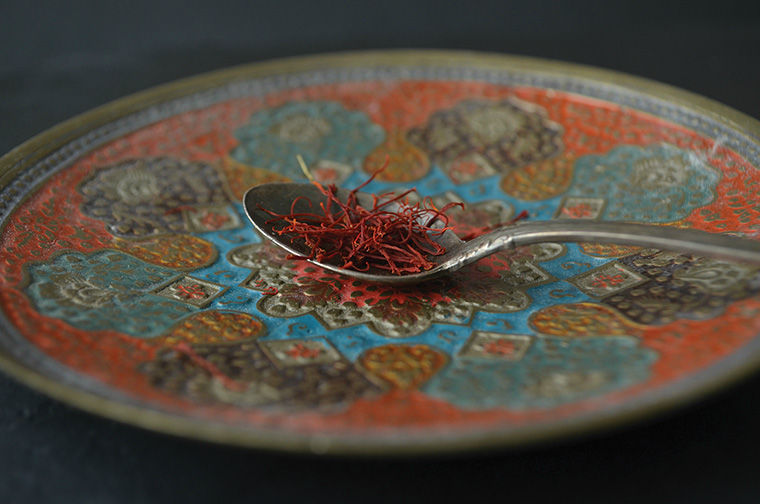 A sample of saffron, the spice sold at Rumi Spice.

Kimberly Jung and Emily Miller have a lot in common­­—U.S. Army service in Afghanistan, education at West Point and Harvard—and are now business partners.

Jung and Miller are two of the co-founders of Rumi Spice, a local shop in the New City neighborhood at 1400 W. 46th St. that sells saffron from Afghanistan. For about $15 per gram, they sell saffron to use in snickerdoodles, paella, bread and lattes. All purchases made at the store help employ Afghan farmers and women agricultural workers, promote economic development and fair trade and enable the two veterans to make a difference.

“Our [top] priority is giving markets to Afghan farmers and [our number two] is bringing people around food,” Jung said.

When Jung finished serving in Afghanistan in December 2010 for the U.S. Army, she went to Harvard Business School and wanted to connect Afghan farmers to the international market by starting a business in Afghanistan. After flying to Afghanistan and visiting with some local farmers, she returned to Boston in August 2014 and began selling pure quality saffron that “makes chefs go gaga.

” She joined forces with Miller, CEO Keith Alaniz, another Afghan vet, and Carol Wang, the company’s legal counsel who did economic development in Kabul.

The company has since hired 120 Afghan women, making up 5 percent of Afghan business production. According to Jung, Afghanistan exports around 5,000 kiligrams of saffron per year and this year they’re at 100 kiligrams for the harvest next month.

While Miller was hesitant about maintaining quality control since it was their first time running a business, Jung was more of the optimist between the two of us.”

“We were in business school learning the fundamentals of business, but doing it was [another]piece to tackle,” Miller said. “But we were committed to the idea, and Kim started knocking down all these barriers. Even if people tell you it’s impossible, you keep pushing ahead and we made it happen.”

In the short time Rumi Spice has been in business, Miller and Jung have partnered with 34 Afghan farmers who rely on the duo to work hard and inspire others.

“It’s definitely a blessing,” Jung said. “As an organization grows, there are a lot of challenges, but it’s [absolutely] the right way to go.”

Miller and Jung both said their goal is to have a social impact. They chose to run a for-profit organization because it allows Afghan farmers to increase revenue by exporting internationally. The store’s international partnerships create more jobs in Afghanistan.

“I think they see that we’re in it for the long term, and it’s not just a touch and go thing,” Miller said.

Miller said the saffron she and Jung sell differs from usual saffron—because of its quality as well as the company’s social consciousness. Miller said the two relocated their business from Boston to Chicago because they have more networking connections and clientele in Chicago.

Craig Ward, a customer from Bel Air, Maryland, discovered Rumi Spice on the Internet and became an instant fan.

“Their target was really high quality product and that intrigued me,” Ward said. “Then I dug deeper into their story and [it] is so intriguing from their mission as a company and that they got this incredible economic development structure to help these rural farmers in Afghanistan. Not that they’re going to change the world through saffron, but it’s a great model.”

Miller and Jung said they hope to help Afghanistan return to the economic fold internationally, and the success of the business is simply a bonus.

“I think it would help lay out a foundation for peace,” Jung said. “Especially when it comes to foreign policy, I think it has a lot to do with bringing people into an international economy. I know Rumi Spice is a very small part of this, but I hope that it will multiply.”