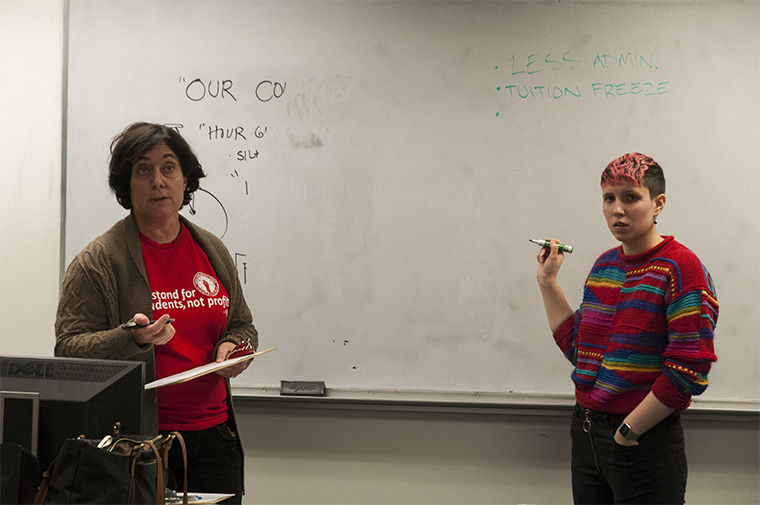 Diana Vallera and Liz Johnson led a Save Columbia meeting on Nov. 10 at 600 S. Michigan.

The part-time faculty union and several students met Nov. 10 to plan future protests against the Columbia administration because of grievances including rising tuition and unavailable classes.

At the forum, which was held at the 600 S. Michigan Ave. Building, the OurColumbia coalition finalized its name and made plans to create a logo and mission statement. P-Fac President and Adjunct Professor in the Photography Department Diana Vallera said she hopes to finalize the statement and logo by the coalition’s next meeting on Nov. 16. Possible segments of the mission statement include a tuition freeze and increasing the quality of education.

Vallera and coalition members began making plans to hold a walk-out and picketing protest toward the end of the month with students and other P-Fac members.

“It’s so outrageous what I’ve seen happening at this institution, it’s so unethical,” Vallera said. “I would love to make a movement where students and faculty kicked out the administration [and] took over the administration.”

The Chronicle will be continuing coverage of the OurColumbia Coalition and corresponding movements.