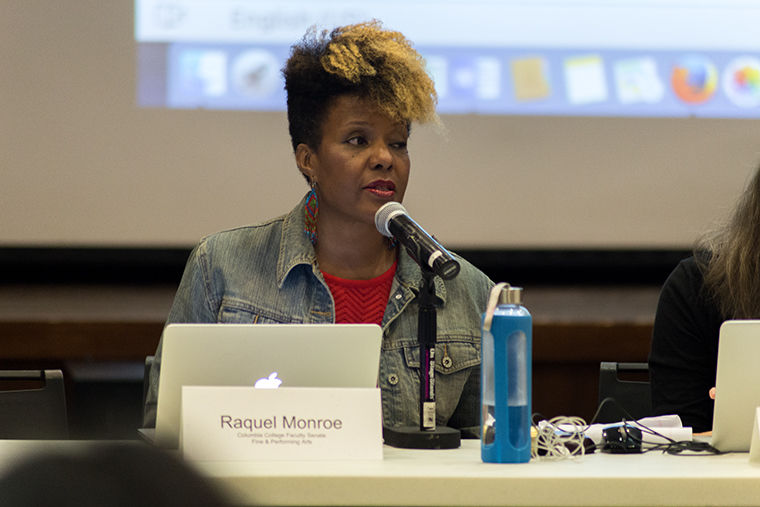 The appointment follows the recently announced departure of Matthew Shenoda, dean of Academic DEI, special advisor to the president and professor in the English and Creative Writing Department. Shenoda will step down July 15 to join the Rhode Island School of Design as vice president of Social Equity and Inclusion, as reported June 1 by The Chronicle.

According to the email, Monroe joined Columbia in 2009 as an associate professor in the Dance Department and has held various roles at the college, including president of the college’s Faculty Senate for the 2017-2018 academic year. She is also a member of the DEI committee and the DEI cluster hire committee.

Folayemi Wilson joined Columbia in 2011 as an assistant professor in the Art and Art History Department before being promoted to associate professor in 2014. She has served on the DEI Committee for the last two years and helped initiate a fellowship for students of color with the Haystack Mountain School of Crafts in 2017. She was also named the 2013-2014 inaugural faculty fellow at the college’s Center for Black Music Research.

According to the email, Monroe and Wilson began their new positions July 1 and will continue DEI initiatives stated in the college’s Strategic Plan, which include working with faculty to develop inclusive curriculum and developing DEI programming for the college. They will also continue leading DEI searches for tenured faculty.