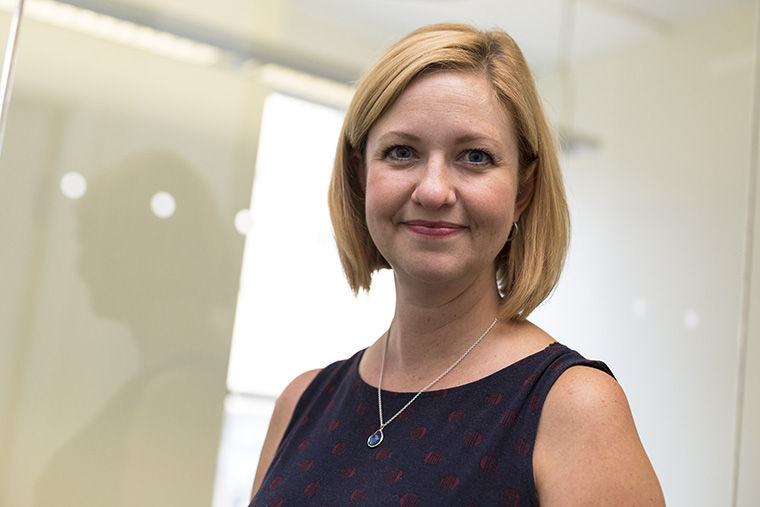 Keri Walters, assistant provost of Academic Services, said students should talk to their instructors if they have questions about their progress after receiving the reports.

Changes in monitoring student attendance and evaluating academic progress for the 2015–2016 academic year are being introduced to flag at-risk students earlier in the semester.

According to Keri Walters, assistant provost of Academic Services, mid-semester progress reports—which the college has administered since the Fall 2011 Semester—will now require faculty to indicate academic progress for all students, as opposed to only those who are not meeting expectations. The reports will now also indicate whether a student is doing well and meeting expectations, so all students can be aware of their progress, she said.

Walters said the portion of the reports that tracks student attendance has been separated into a new report that will instead be released before the third week of each semester. This is the result of a recent federal regulation requiring students who have not attended a class to be identified earlier so they do not receive financial aid, according to Brian Marth, director of the College Advising Center.

“We would like to do that earlier so students get aid earlier in the semester,” Marth said. “However, we should not be packaging aid for students who are not even going to their classes. The college needs to be stricter about it.”

Students with continuing circumstances affecting their attendance should see their advisers immediately and email their professors if they are going to miss class in cases like a religious holiday, illness or any other emergencies to avoid being negatively affected by this policy, Walters said.

Marth said the faculty wanted to administer the progress reports earlier in the semester so it could reach out to students with poor attendance sooner rather than later.

“Before this year, academic progress reports were [released] in the fifth week of each semester,” Marth said. “They would indicate one of two different things: ‘This student has never shown up for any class in the first five weeks of the semester’ or ‘this student has shown up to class, but is not meeting expectations or is not performing at a satisfactory level.’”

Greg Foster-Rice, president of the Faculty Senate and an associate professor in the Photography Department, said the academic reporting policy would benefit students by allowing them to receive more accurate and timely financial aid, and would remain practical for the faculty to complete.

“Making a six-week report will be a better metric of students meeting, exceeding or not meeting expectations in the class,” Foster-Rice said. “We wanted to give students the opportunity to see where they stood before taking their midterms, which are usually week seven or eight.”

Foster-Rice said several faculty members expressed thoughts that five weeks was not enough time in the semester to accurately track students’ success, but eight weeks would be too late to dramatically change their grade, so they settled on six weeks.

The decision would allow the faculty another week to gather a few more grades from students and still provide feedback to them in a timely fashion, Foster-Rice said. He said this would give students the opportunity to meet with a faculty member and work on improving their understanding of class material.

Foster-Rice said the Faculty Senate will administer feedback on the new process to determine areas that might need enhancement.

“It’s always good for students to have a better idea of how they’re doing in their classes,” Marth said. “Hopefully, [the reports] will spark a conversation between the student and the faculty member about guidelines to find out why they’re not on the same page. It’s a great opportunity for students and their instructors to talk about both expectations and progress.”