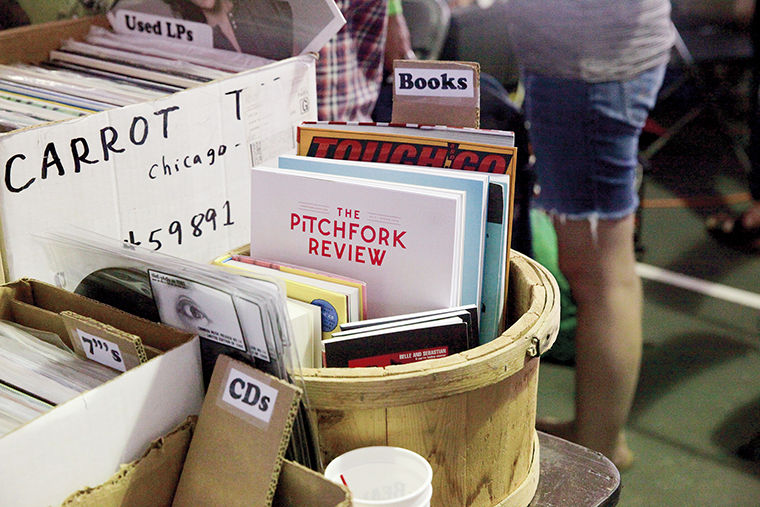 After a whirlwind year, including a buyout from Condé Nast media, Pitchfork and its annual Pitchfork Music Festival have not forgotten their original home in Chicago with the recently announced festival lineup, featuring local acts and vendors set for July 15–17 in Union Park, 1501 W. Randolph St.

This year’s lineup includes several high-profile acts, including a reunion of Broken Social Scene—which played the first festival in 2005 when it was still the Intonation Music Festival—and Beach Boy Brian Wilson—who will play the band’s 1966 masterpiece Pet Sounds in its entirety for the album’s 50th anniversary.

However, in the flurry of announced acts like  Sufjan Stevens and FKA twigs, the festival—now in its 11th year—also features local talent, including Whitney, BJ the Chicago Kid and Twin Peaks—marking the band’s second appearance at the festival since 2014.

Cadien Lake James, lead singer of Twin Peaks, said he is excited to be part of the festival and represent some of the city’s local talent.

“We’re excited to come back,” James said. “It’s probably my favorite of the three big Chicago music festivals in the city. Last time I played, I was in a wheelchair. So, I’m excited to return on two feet, as long as I don’t f–k it up in the next few months.”

In addition to the music lineup, the festival also celebrates its annual record and cassette fair sponsored by CHIRP Radio, which features local record stores, independent dealers and labels from across Chicago.

Jenna Chapman, co-director of the record fair, said Pitchfork’s inclusion of local artists and businesses distinguishes the festival from other Chicago festivals, such as Riot Fest and Lollapalooza.

“As a Chicago group ourselves, we appreciate that Pitchfork tries to include local acts in the festival,” Chapman said. “It helps identify and distinguish it from other fests. For us, it’s nice to know they’re as interested in local music as we are.”

Pitchfork Media is known for its intellectual take on alternative music, something that sets it apart from competing festivals, Chapman said. Because CHIRP Radio has a similar approach to its radio station’s featured music as Pitchfork does on its website, it was a natural fit to join the festival year after year, she said.

“They play a lot of bands we have in rotation,” Chapman said. “It just so happens that the bands we like happen to be a lot of the same bands that wind up at Pitchfork. For example, we have over half of the lineup in rotation this summer.”

In past years, the weather at the festival has been uncooperative, to say the least. Last year’s festival saw a mix of scorching hot temperatures and a downpour of rain storms that halted the event.

Coterie Craft Fair, which features local artists, printmakers and jewelers, serves as an oasis from the chaos, where fans can hide out and relax for a bit, according to Elizabeth Isakson, co-owner of Tandem Felix Letterpress, a vendor at the craft fair last year.

“It always either torrentially downpours rain at some point or it’s really hot,” Isakson said. “[The craft fair] is a nice little respite in between where people could calm down and see a bunch of different things in one place.”

Given Pitchfork Media’s heightened profile and the festival’s expansion to Paris, Isakson said it is commendable that the festival still pays respect to its roots.

“Even though Pitchfork is an international music fair now, it still feels very local,” Isakson said. “It doesn’t take up a big footprint in Union Park, so you can see everything quickly and pretty readily. The fact that they make Chicago business visible is really great.”