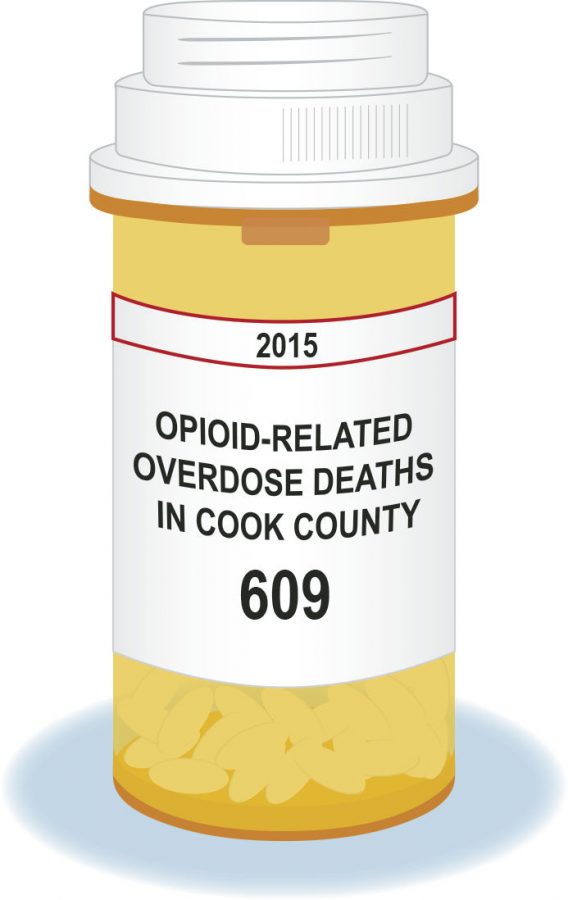 The City of Chicago is increasing efforts to protect the community from opioid and heroin addiction and related deaths by requiring pharmaceutical representatives to be licensed by the city and be subject to both ethics and reporting requirements, according to an ordinance passed Nov. 16.

“The steps our city is taking to increase accountability represent a solid step forward in protecting our residents from the harms of this deadly epidemic,” stated Ald. Ed Burke (13th Ward) in an Oct. 27 press release from Mayor Rahm Emanuel’s office.

Pharmaceutical representatives, upon request by the commissioner of Public Health, are required to report a list to the city of local health care professionals and the number of times they were contacted. They must also disclose all drugs they promoted and whether they provided any samples, materials or gifts and the value of those items, according to the ordinance.

They must also report if and how a health care professional was compensated for their time with a pharmaceutical representative, according to the ordinance.

Debbie Guggenheim, executive director of the Jordan Filler Foundation, a nonprofit organization that raises awareness of the addictive dangers of opioids, said sales representatives who mislead doctors about the addictive components of pain medication should be held accountable.

However, she said most cases in which inaccurate information is communicated are unintentional, and training should help the sales representatives understand the dangers of prescription pain killers and decrease the number of opioid and heroin-related deaths in Chicago.

“In the past, [pharmaceutical representatives] tended to push [opioids] because they did not know how addictive they were,” Guggenheim said.

Mark and Julie Filler launched The Jordan Michael Filler Foundation in January 2014 after the loss of their 23-year-old son Jordan to a heroin overdose, according to Guggenheim, with the goal to increase education, prevention and treatment of the addictive components of pain medication.

Erika Lohmiller, a psychotherapist who works with patients with opioid addictions, said she is in favor of a stricter license certification. However, she thinks the continuing-educational requirements are not sufficient.

“If it is 15 hours every year, that is a little more reasonable,” Lohmiller said.

The commissioners of Public Health and Business Affairs and Consumer Protection would enforce penalties, such as fines, suspensions and revocations, if a pharmaceutical sales representative were to violate these requirements, according to the ordinance. Violators can be fined $1,000–$3,000 for each offense, and no individual whose license is revoked shall be granted another for two years.

“[Opioid addicts] have a psychological and physiological dependence,” Lohmiller said. “They end up exaggerating their pain ratings in order to get more [medication].”

Chicago is one of a handful of local or state governments around the country to have filed lawsuits against pharmaceutical manufacturers, accusing them of deliberately downplaying the addictive risks of their painkillers and misleading physician prescribing, which has driven some of  patients to become addicts.

Lohmiller said patients whose prescriptions run out should be referred to a different medical professional and provided alternative methods of treatment in order to prevent addiction.

Guggenheim said she agreed with Lohmiller’s recommendation and added that a second opinion from a different provider should be mandatory.

Ritesh Shah, an orthopedic surgeon who primarily deals with hip and knee pain, said he has seen numerous patients who want to avoid surgery and turn to addictive pain medication to deal with injuries instead.

Shah said nonopioid treatments like anesthetics, such as EXPAREL, which is injected around the area of pain during surgery in order to avoid post-surgery pain medication, should be encouraged.

“[Now], if you are prescribing [opioids], somebody is watching,” Guggenheim said.