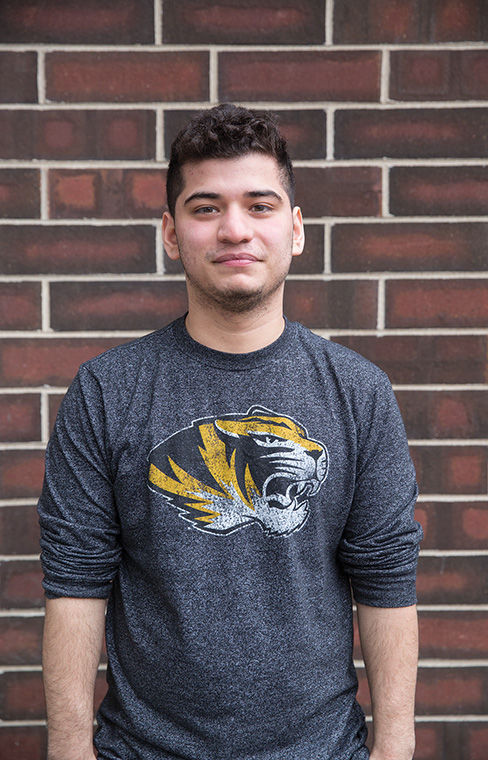 Raphael Anderson-Ayers is a 20-year-old sophomore double majoring in marketing and business & entrepreneurship. Adopted from Paraguay in South America at the age of 2, Anderson-Ayers was raised in Hollywood, California.

When he is not doing community relations work and selling tickets as an intern with The Chicago Sky basketball team, he is playing sports. Anderson-Ayers has been an athlete since he could walk and quickly found himself getting involved with Columbia’s club teams. He especially loves lacrosse, and this spring, he has stepped up to start a team and fill the position of the Renegades’ captain.

The Chronicle spoke with Anderson-Ayers about starting the college’s lacrosse team, his love for contact sports and what it means to find a home in Chicago.

THE CHRONICLE: What inspired you to bring lacrosse to Columbia?

RAPHAEL ANDERSON-AYERS: I just love sports. It’s something that I’ve always done and always played at a really young age. For me, picking up lacrosse is just another sport I can play. It wasn’t a sport I ever thought that I would be really good at, but it was a sport I could say I brought to Columbia, and it’s a sport that I love to play. Now that I live in the Midwest, it’s just a sport that I find to be really well-known here. It’s enjoyable and fun but tough to play. I completely enjoy it, and to bring a sport to Columbia, especially to bring a sport to an art school, is just tough. It’s been a challenge, but it’s been one I’ve really enjoyed taking on.

CC: Did you always want to have a career in sports?

My original major was a double major in performing arts and theatre, and so I changed my [concentration] to sports management and marketing about a year ago, after I found that I miss sports. I miss the liveliness of what its like to be in a sporting environment on a sports campus. I do miss that feeling of being part of a team.

CC: What other sports have you played competitively and what are some of your favorites?

I played basketball for a long time and I played soccer. I played football all four years of high school, soccer for one year and basketball for three. I’ve played sports forever. I even did baseball through middle and elementary school. Now I’m happy playing basketball, football and soccer-—those are my three favorites right now.

CC: What about lacrosse interests you?

I love hitting people. Football was my favorite sport growing up. There’s just this satisfaction of laying someone out or just running around and having a good time and being with your buddies and playing a physical sport. It’s so enticing to me and I’ve always considered it to be a great sport. I’ve always been intrigued by it and would like to learn it and become good at it, so I decided to pick it up.

CC: What are your plans after graduation?

I want to go to a graduate school and get a master’s in sports administration and a law degree because my ultimate goal is to become a sports agent. I’ve played sports from such a young age, and working toward a career in sports is important to me. Once I graduate in the spring of 2017, it’s just a matter of finding my home here in Chicago. I feel like I haven’t found it yet, but with this team, with sports and the creative aspects of Columbia, I’m getting close to it. The college’s motto is “Live what you love,” so I’m going to enjoy living what I love in terms of sports and in terms of starting a new club and staying active and staying fit.