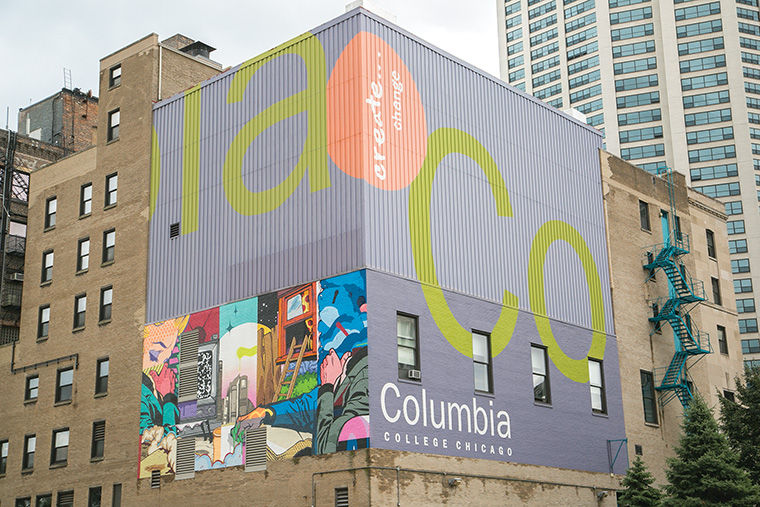 For the second consecutive year, Columbia is hosting the Wabash Arts Corridor Crawl on the first day of this years’ Parent’s Weekend, which will take place Sept 19—20. According to Mark Kelly, vice president for Student Success, the college wants to expose parents to all the community has to offer.

This year’s Wabash Arts Corridor Crawl, an annual art and performance festival sponsored by the college, will be bigger than ever .

The WAC Crawl will take place Sept. 19—the first day of Parent’s Weekend, an event that invites students’ families to campus.

Neysa Page-Lieberman, the director of the Department of Exhibition & Performance Spaces and a part-time faculty member in the Business & Entrepreneurship Department, said the WAC Crawl is the first event of the year in which the student body can come together. It is important that students attend, and the college wants to encourage students to bring their parents this time, she said.

“The crawl is our kick-off of community engagement at the college,” Page-Lieberman said. “The WAC is both welcoming new students, welcoming back returning students and faculty that have been away for the summer and everybody coming together to celebrate the creativity and the vitality of our campus.”

The Crawl originally featured only the college’s galleries but the college later encouraged all departments to feature student work, Page-Lieberman said. For the second consecutive year, the college has expanded the crawl by partnering with neighboring businesses, organizations and cultural institutions throughout the South Loop as well as EXPO Chicago to host the biggest crawl to date, she said.

Page-Lieberman said the WAC Crawl is an opportunity for students to come together with their peers and see how the Crawl has evolved since last year.

“I would want to impart to students—both new and returning—that they should feel ownership over this,” Page-Lieberman said. “WAC is a year-round, living, breathing space and program. Hopefully students will be inspired by what they see at the crawl and want to contribute to it.”

According to Mark Kelly, vice president of Student Success, the WAC Crawl is a very special moment for the college community and the South Loop. The WAC Crawl is when the power of the Columbia experience becomes palpable on a street level, he said.

“This is one of the only times where we reach out beyond our specific community into the larger corridor and district that we live in,” Kelly said “It connects to energy beyond Columbia, and that’s why our students are here: because they want to be in a campus that’s in the city. There’s never a day where that becomes more real than at the crawl.”

Kelly said he encourages students to invite their parents to the crawl because it will give them an opportunity to see what their kids  are learning. Kelly compared the WAC Crawl to the college’s nontraditional homecoming. Instead of athletic games, there are events like the Cinema Slapdown, street-level performances and other activities with business partners such as Buddy Guy’s Legends, Roosevelt University and East-West University, he said. Kelly also said that freshmen will be chalking the key principles for student success all over campus in the days leading up to the crawl.

Shannon Bourne, coordinator of Student Engagement and an organizer of the WAC Crawl, said it is important for students to attend the event to see what departments are doing throughout the college.

“In previous years, Parent’s Weekend always had a crawl, so we thought it would make more sense to connect it to something that is already existing,” Bourne said. “It’s not just all of the galleries or in the departments, but it’s all of our neighbors and businesses [together] so parents can really see what their student’s community looks like.”

Bourne said there are not only more events this year than last, but also many other interesting collaborations such as an appearance from KISS FM and the college’s Dance Department performing in the Sculpture Garden, Wabash & E. 11th St. a group of journalism students overseeing social media during the crawl; and a partnership with EXPO CHICAGO at Navy Pier to feature student work. There will also be a full schedule of events in Papermakers Garden.

Stan Wearden, senior vice president and provost, said the WAC Crawl is important for building a community and giving students a sense of belonging. He also said he encourages parents to take this opportunity to show interest in what their kids are doing at Columbia and what is going on with in their community.

Wearden said the crawl is an opportunity for students to bring their parents to events that showcase the artistic environment they experience at Columbia as well as see how the college educates students.

“Making parents aware of the kinds of lives that their students are living as Columbia students is beneficial because it makes it easier than for parents to talk with their children about what they’re doing as students here,” Wearden said.

He said student and parent engagement can lead to greater success. Statistically, students with more involved parents are more likely to complete a program successfully and proceed to graduation, he added.

“That kind of engagement by parents can help with retention, and it can help with persistence to graduation and help a student persevere and get that degree.”