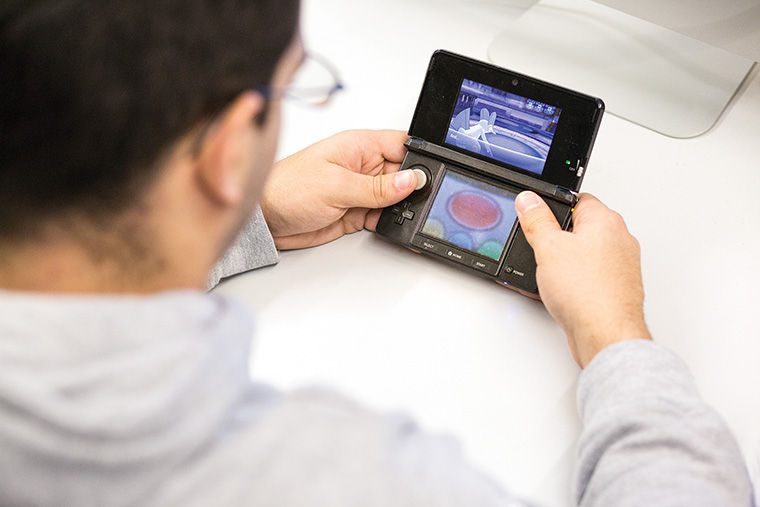 Arguments against the excessive playing of video games have been pervasive, but all the hours spent in front of the TV playing “Call of Duty” instead of studying for finals may actually be productive.

A study published Oct. 15 in the Proceedings of the National Academy of Sciences reported that playing action video games could improve a person’s learning capabilities.

The first experiment compared two groups and found that the action gamers and non-action gamers fared about the same.

“This second experiment shows that we can train a bunch of people who are not action game players so that after their training they have become better learners,” Lu said.

The study shows that playing action video games helps players develop better perceptual templates, allowing them to adapt to certain tasks much faster than non-action gamers, according to Lu.

“Essentially, by playing action video games, people become better in learning how to learn,” Lu said. “So they learn how to [grasp] new things better.”

Don van Ravenzwaaij, an assistant professor of cognitive and computational psychology at the University of Newcastle, conducted a similar study published earlier this year in the Journal of Experimental Psychology, which draws the opposite conclusion, reporting that playing action video games does not improve a person’s ability to learn more than playing cognitive video games or not playing at all.

In the study, van Ravenzwaaij had three separate groups of all non-gamers. The first group played action video games for 20 hours, the second played the Sims—a cognitive game—for 20 hours and the third group did not participate in any gaming.

Before and after the training, each group completed a perceptual test to measure improvements from playing the video games. In this test, participants saw a cloud of dots on the computer screen, a portion of which would move either to the left or the right. The participants were to indicate as quickly as possible whether the dots moved to the left or right.

Walter Boot, an associate professor of psychology who studies action video games at Florida State University, said in an emailed statement that it is possible for fast learners to be naturally drawn to action games, which means the better learning abilities cause the gameplay and not the other way around.

“If you want to play tennis but it turns out that you suck at it, it’s quite likely that you will stop playing, but if you’re really good at it, you’ll continue,” van Ravenzwaaij said. “I think very often it’s the case that people who play video games will [naturally] be very good at these kinds of perceptual discrimination tests.”

According to Boot, more research must be done to determine the active ingredient in action video games that makes the effects of playing them so different than those of non-action video games to better understand whether action gameplay can truly improve someone’s learning.

“Millions of differences exist between [the action games tested] and [the cognitive ones], and we don’t know which differences or set of differences are crucial for transfer,” Boot said. “If we could figure this out, we could potentially design meaningful interventions for perceptual and cognitive decline and to improve everyday abilities such as driving.”