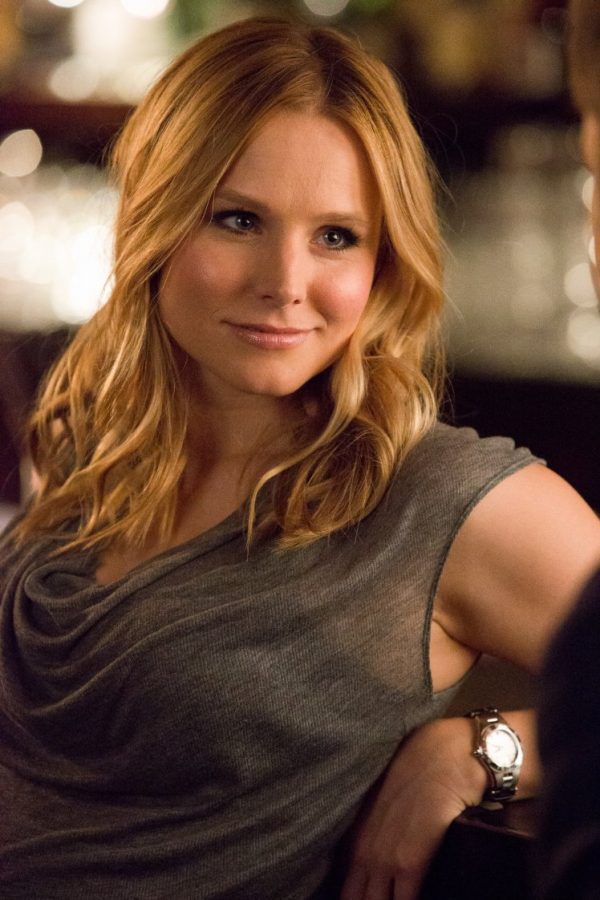 In the early 2000s, “Veronica Mars” delighted audiences with three seasons of the heroic tales of its teenage title character, who solved mysteries while dealing with the pressures of high school. Though short-lived, the show had a cult following who revived the series through a successful Kickstarter campaign as a low-budget feature film by the same name.

Series creator Rob Thomas returned to write and direct the film, which premiered March 14, with most of the original cast reprising their roles. “Veronica Mars” is an intelligent movie that works as a continuation of the original series but also as a stand-alone narrative.

Nine years after the series finale, the tenacious Veronica Mars, again played by Kristen Bell, has set her sights on a stable life in New York City. Focusing on law school, Mars knows the dull life awaiting her is a far cry from her daring adventures as a teenage private investigator. Much to fans’ dismay, Mars seems to have sold out by accepting a “safe” job as opposed to a potentially more fulfilling one. She explains to her father, a county sheriff played by Enrico Colantoni, that she thinks private investigation is a dead profession. As in the show, Mars’ father is her most trusted confidant, despite often being critical of her more adventurous escapades. Early on, a scene in which both try to come up with jokes about their professions effectively conveys their compelling relationship to those unfamiliar with the TV series.

Despite Mars’ effort to move on, high school ex-boyfriend Logan Echolls, played by Jason Dohring, is accused of murder, pulling her back to her hometown of Neptune, Calif. Mars seems unable to escape her past and feels uniquely qualified to help those in need. She enjoys sleuthing a great deal however, so her motivations are not

The film plays out like an extended episode of the original series, with the same twists and a satisfying conclusion. Although it runs like a love letter to the show, the plot is easy to understand for the uninitiated, and Mars has not lost her novelty as a quirky heroine.

“Veronica Mars” delicately portrays a character progressively growing older, trying to step away from her teenage life. Mars fondly remembers the years solving mysteries and falls easily back into sweet-talking police and using disguises. However, she also yearns to escape the pressures and complications it brought her. Mars’ desire to be free of Neptune is a natural development of the defiant attitude she had throughout the TV show. “Veronica Mars” keeps the character true to series roots while updating Mars’ maturity gained in the missing decade.

The film serves as a broader metaphor for young adults and teenagers entering their 20s. Many go through the realization that doing what they love may not always lead to the life they expect financially, and the film deals deftly with the disappointment this leads to. The series focused on the problems of a willful teenager, and because its fans have aged, the film touches on different issues to resonate with its adult

audience in a powerful way.

Elements of the show translated to the big screen are hit or miss. Obvious fan service may leave those unfamiliar with the show confused. For example, the high school reunion is a convenient way to shove as many of the original TV show’s cast members as possible into a few scenes, but this does little to propel the plot.

Narration by Mars, an integral part of the show, feels out of place in the film and distracts from performances. Exposition works in a series because of the amount of screen time characters are given. Here, it seems like Mars is describing scenes Thomas had neither the time nor budget to shoot. Loyal fans will undoubtedly smile at inside jokes and nostalgic references to past cases, but casual audience members will feel left out.

Thankfully, the dry wit and rapid, clever dialogue that made the show a hit is still there. The energetic chemistry between Bell and other returning actors such as Dohring is charming, and Tina Majorino repeating her role as Mac is especially memorable, because of how her looks and demeanor have changed since high school.

Seeing characters grown up is intriguing because some relationships have not aged at all. Mars’ antagonistic back-and-forth relationship with her father over her decision to become an attorney looks like it was ripped right out of the show’s

Overall, “Veronica Mars” is a satisfying mystery that will delight longtime fans by ringing true to the source material. Mars’ struggle and realization that there is no escaping her past, and her passion is a clear universal message that even newcomers to “Veronica Mars” will come to understand.